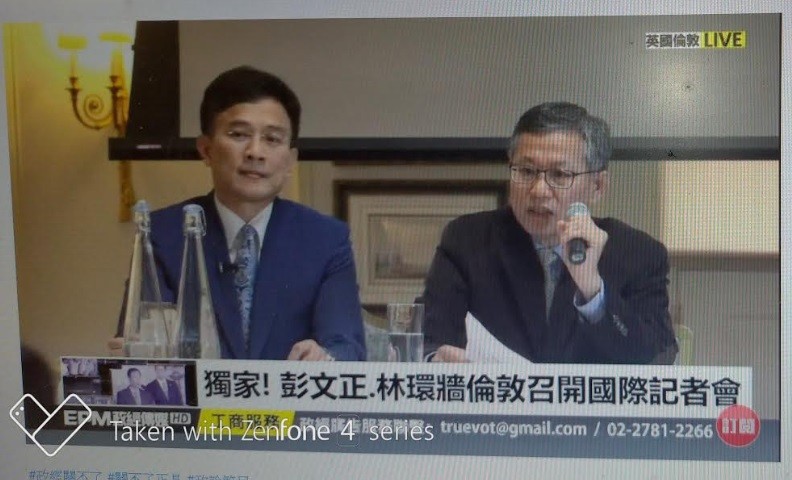 Despite the London School of Economics and Political Science (LSE) issuing an official statement on Oct. 8 verifying the validity of Tsai’s PhD, Peng insists on his show, "True Voice of Taiwan,” that the degree and dissertation are forged. He recently flew to London and joined Lin in demanding clarification from the school about whether Tsai met all the relevant PhD requirements.

At the press conference, which was held at 2 p.m. local time, Lin, a professor at the University of North Carolina's Charlotte’s Belk College of Business, presented a copy of Tsai’s student record dated 1984. He then claimed, “Tsai didn’t receive her PhD in law in 1984.”

Peng presented a copy of an email from the LSE Research Support Service dated June 4, 2019, regarding the copy of Tsai's dissertation, "Unfair trade practices and safeguard actions." The school reportedly replied to Lin’s query by saying the school’s library system has never possessed a copy of this thesis.

The pair asked how Tsai could have earned her PhD from LSE without a thesis. They suggested that Tsai may have used her political influence to get the school to take part in a cover-up by providing a belated thesis copy at the National Central Library.

Peng hopes the press conference in London will pressure LSE to investigate whether Tsai did properly qualify for her doctorate and find out whether the procedure really was legitimate.