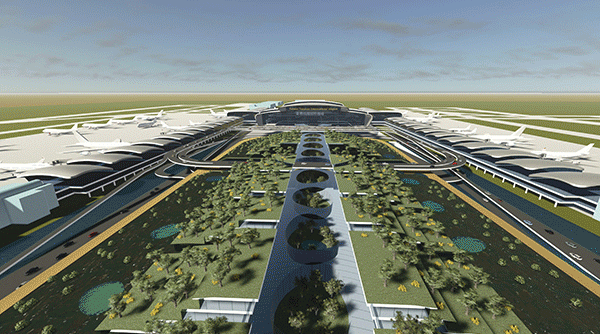 TAIPEI (Taiwan News) — Following the decision to ax the previous design proposed for Terminal 3 of the Taiwan Taoyuan International Airport, it was announced on Friday (Oct. 18) that the airport anticipates construction on a new, drastically simplified design to begin as early as May 2020.

With an expected completion date of late 2023, the Ministry of Transportation and Communications (MOTC) has reportedly approved new designs for the roof and arrival hall of the planned third terminal. According to CNA, Transportation Minister Lin Chia-lung (林佳龍) said he respects the decision of the airport to scrap the previous design.

On Oct. 15, it was reported that the Ministry of Transportation will drop the plans for an artistic design of Terminal 3 because it is too expensive and no companies have bid on the project. Lin emphasized on Friday that in simplifying the design out of cost concerns, safety and functionality must not be sacrificed on the key infrastructure project, reports CNA.

Earlier this week, the CEO of the Taoyuan International Airport Corporation, Wang Ming-te (王明德), said that the wave-like design will be abandoned and replaced by a flat roof. The original design called for 130,000 aluminum hanging tubes lights, but the new one has scrapped 40,000 of the lights, leaving only 90,000 hanging indoors.

The new plans reportedly call for the north boarding hall of Terminal 3 to be constructed before the south boarding hall. This will ensure smoother operations during the last half of the construction project and enable the airport to meet the growing demand for commercial flights in and out of Taiwan.

CNA reports that this new terminal will be accessible from Terminal 2. The north hall will be about 700 meters long have eight boarding gates.

The total construction time for the main Terminal 3 structure is expected to be about 39 months, starting in mid-to-late 2020 and opening by early 2024. However, the project has already been delayed several times and may suffer further delays. 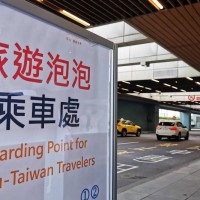