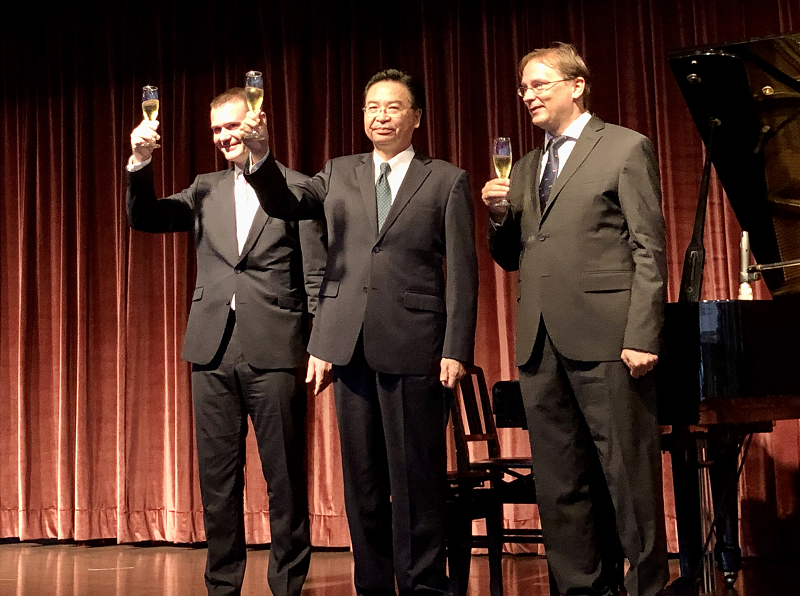 Speaking at the event, Czech envoy Patrick Rumlar observed that relations between Czechia and Taiwan have been gradually strengthening in recent years along with increased engagement. On Thursday, Rumlar also hinted that many in both countries are looking forward to establishing direct flights between Prague and Taipei.

Recently, the city of Prague has made efforts to extricate itself from China’s influence by ending a sister-city relationship with Beijing that was predicated on unconditional acceptance of the “One China policy.” In light of current events, many hope there may soon be room for more cooperation and expanded diplomatic ties between Taiwan and the Czech Republic.

During the event on Thursday, Rumlar also noted that 2019 marks the 30th anniversary of the Velvet Revolution in the former state of Czechoslovakia and the successful overthrow of its communist regime in 1989. Czechia and Slovakia formally separated in 1993 through a peaceful political process and continue to maintain cordial diplomatic relations.

CNA reports that both Rumlar and Slovakian representative Martin Podstavek have said that it was thanks to the mutual respect between Czech and Slovakia that both countries have been able to serve as an example to the world of peaceful, mature transfers of political power and state building. Podstavek also expressed his respect and admiration for Taiwan and remarked that free, democratic civil societies like Taiwan's is one of the greatest threats to authoritarian regimes.

Foreign Minister Wu also spoke at the gathering and noted that Taiwan shares the values of freedom and democracy with Czechia and Slovakia. Wu also expressed his gratitude to both nations and his hope that relations and exchanges with Taiwan will continue to increase.