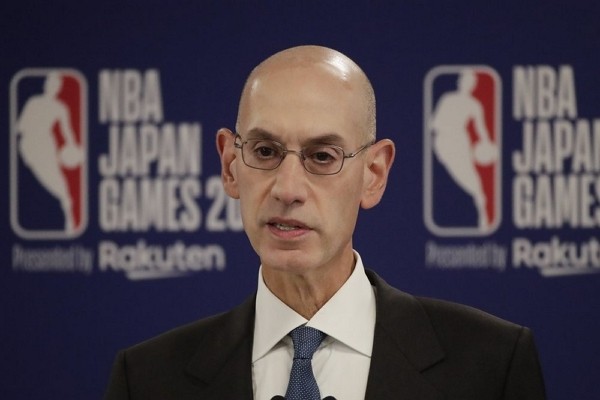 Silver said the financial consequences of Morey's tweet, which he deleted soon after posting, have been and may continue to be "fairly dramatic." Despite sellouts at the NBA exhibition games in China last week, Chinese state broadcaster CCTV has canceled the airing of all NBA games, and when the broadcasts will be resumed remains to be seen, reported CNA.

In a video posted by Time, Silver said Chinese officials and business owners have demanded that Morey be fired. "We said there's no chance that's happening. There's no chance we'll even discipline him.”

The NBA drew wide criticism for its earlier statements about Morey in which it called his "Stand with Hong Kong" tweet "regrettable," but the organization has since changed its stance on the incident after U.S. lawmakers lashed out at the league for not supporting the manager's freedom of speech, reported Liberty Times.