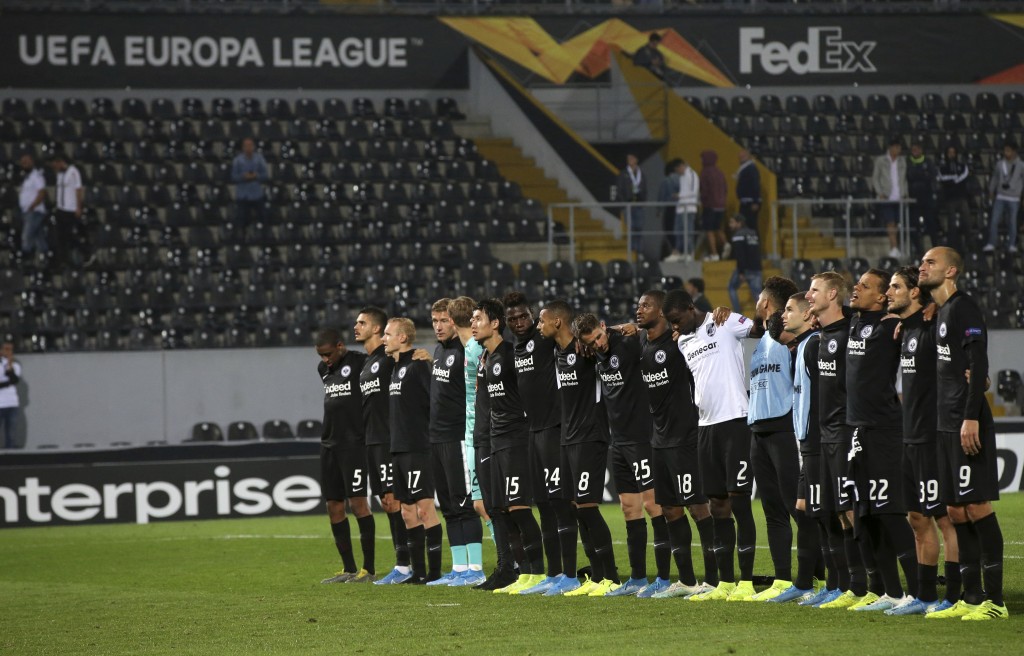 NYON, Switzerland (AP) — UEFA has banned Ajax and Eintracht Frankfurt from selling tickets to fans for games in London next month as punishment for disorder.

UEFA says its disciplinary panel punished Ajax for crowd disturbances and damage to the stadium in a 3-0 Champions League win at Valencia this month.

That means there won't be an away section for Ajax at its next away game, at Chelsea on Nov. 5.

In a similar case, Eintracht is banned from selling tickets to Europa League games at Standard Liege on Nov. 7 and Arsenal on Nov. 28.

Both clubs had suspended punishments after incidents last season activated for the repeat offenses.

Ajax was fined 68,000 euros ($75,500) for various charges and ordered to compensate Valencia. UEFA also put Ajax on probation for another year.

Eintracht must compensate Vitoria Guimaraes for damage in Portugal on Oct. 3.