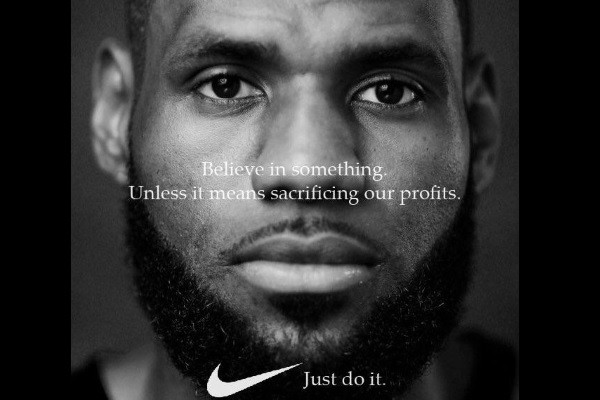 TAIPEI (Taiwan News) — In the wake of the NBA-China dispute and the self-serving response by basketball superstar LeBron James and his sponsor Nike, this photo is one of a plethora of memes that have arisen over recent days mocking James, the NBA, and other corporations that kowtow to China.

Eight days after the controversy began with a short tweet by Houston Rockets manager Daryl Morey in support of Hong Kong protesters, James double dribbled into the controversy by giving reporters his ill-conceived take on the matter Monday night (Oct. 14) before a game in Los Angeles. James, a champion of social injustice issues in his own country, was oddly tone-deaf to the suffering of Hong Kong citizens fighting for the rights promised to them under the city's Basic Law.

Although Chinese "fans" responded positively on China's tightly controlled and orchestrated social media platforms, condemnation of James' kneeling to Beijing for the sake of money was widespread in the West. Soon, dozens of memes mocking James as a communist cadre willing to do anything for a few extra Renminbi spread like wildfire on the internet.

For its part, Nike, which will pay up to US$1 billion for James' lifetime endorsement deal with the corporation, has been deafeningly silent on the controversy and quickly pulled all of its branded Houstons Rockets gear from five stores in Beijing and Shanghai. Despite the rampant counterfeiting of its products in China, Nike somehow managed to make US$6.2 billion in the country in the fiscal year 2019 ending in May.

On Wednesday, a Reddit user posted a black and white photo of James with the title "Nike and LeBron side with money." A caption over James' face reads "Believe in something. Unless it means sacrificing our profits."

Below the caption is the Nike logo with its famous slogan, "Just do it," which soon earned the image 1,700 upvotes and 128 comments. The meme struck a chord with a high percentage of netizens fed up with corporations and public figures bowing to China out of greed.

That same day, another Reddit user posted an image of 100 Chinese yuan notes with James' face superimposed on top of Mao Zedong's. The title of the post reads "King James' currency." 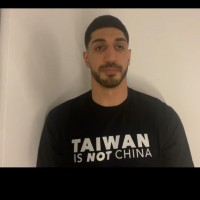 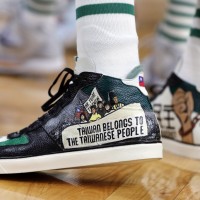 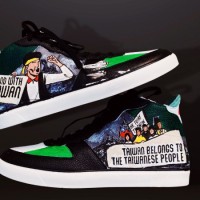