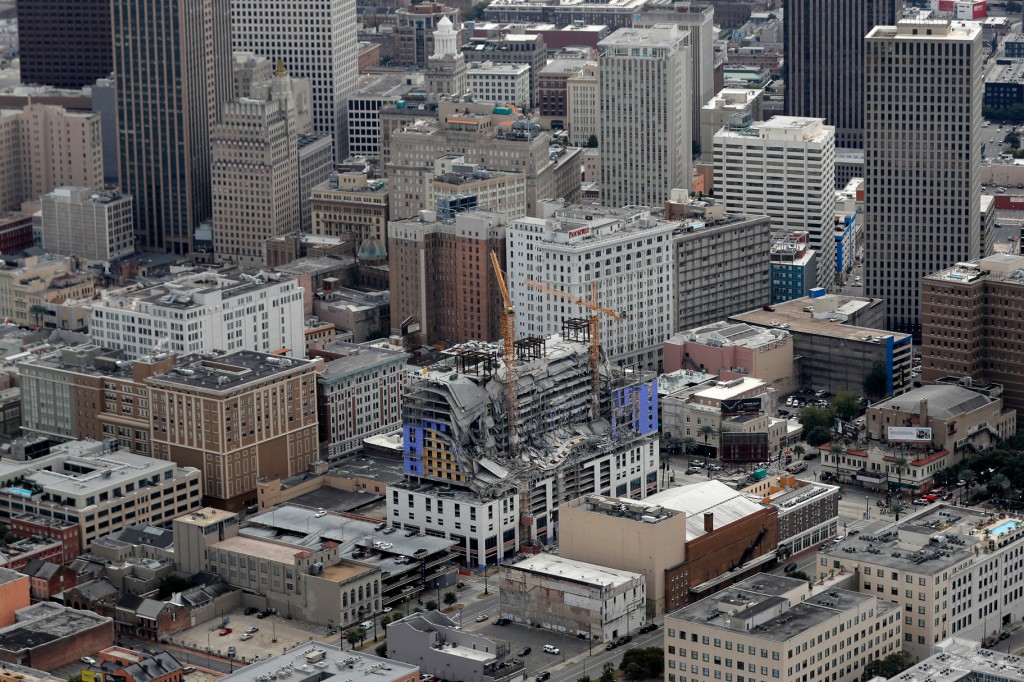 NEW ORLEANS (AP) — The Latest on the partial collapse of a hotel under construction in New Orleans (all times local):

Tropical weather is the latest worry in New Orleans, where officials say experts have yet to come up with a viable plan for stabilizing a partially collapsed building and two damaged construction cranes.

Two people died when the hotel under construction near the French Quarter partially collapsed Saturday. One body remains in the rubble. Hopes are dimming that one missing worker will be found alive.

Fire Chief Tim McConnell says rescue workers in the building collected small amounts of fluid that were sent for testing to see if they were from a human body.

The fire chief in New Orleans says chances of a rescue are diminishing as a search through unstable wreckage continues for a man missing since a hotel under construction collapsed Saturday.

Two construction cranes and the remaining part of the collapsed building remain in danger of toppling. The situation could take weeks to resolve.

Among businesses affected are those operating in two 1920s-era historic sites: the opulent Saenger Theatre and the New Orleans Athletic Club.