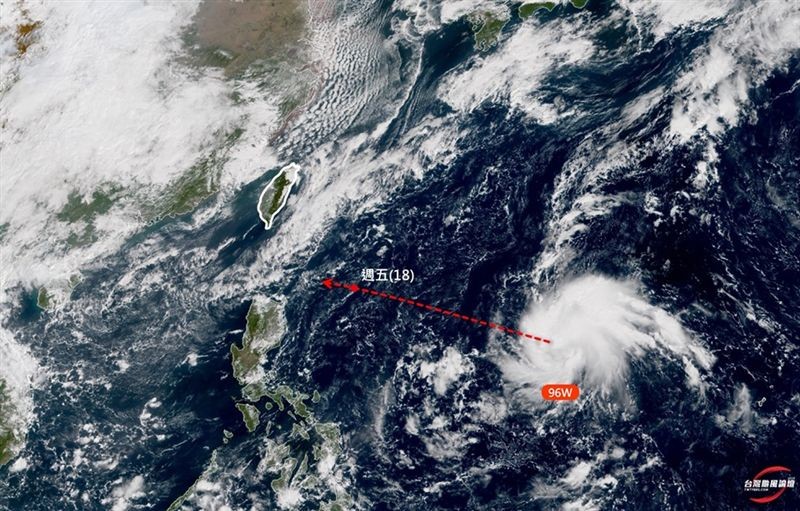 TAIPEI (Taiwan News) — Hot on the heels of Typhoon Hagibis, a tropical disturbance near Guam, which has been upgraded by the Japan Meteorological Agency (JMA) to a tropical depression, could become the 20th tropical storm this year and ultimately reach typhoon status.

According to a post uploaded at 11:33 a.m. today (Oct. 15) on the Facebook page TWTYBBS.com, special attention should be paid to the development of tropical disturbance 96W near Guam. The JMA has upgraded it to a tropical depression and the author of the Facebook post wrote, "The shape is not bad. As to whether there is room for further development, we will need to continue to monitor it."

The weather page's administrator wrote that 96W is expected to move westward towards the waters off the coast of southeastern Taiwan between Thursday (Oct. 17) and Sunday, bringing more moisture to the country during that period. As the northeast winds continue to blow, the likelihood of rain will increase in northern and eastern Taiwan, including the possibility of heavy downpours.

One netizen expressed concern that if the tropical depression stays on its current path, "even if it does not become a typhoon and stays a tropical depression, if it combines with northwest winds, it could have a synergistic effect, bringing considerable rain to northern and northeastern Taiwan." However, the page administrator wrote, "It is currently too early to ask this question."