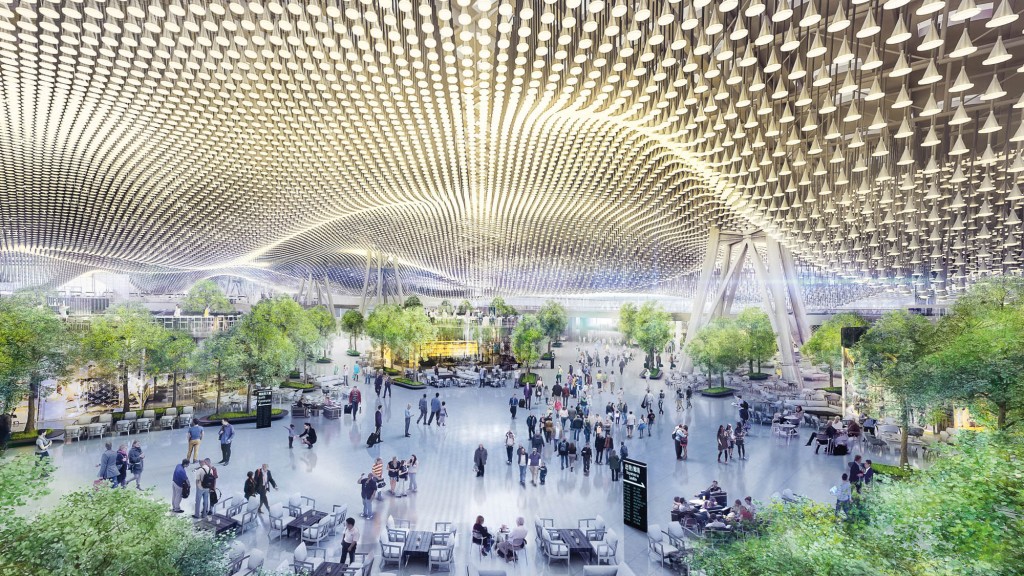 TAIPEI (Taiwan News) – The Ministry of Transportation will drop plans for an artistic ceiling at Taiwan Taoyuan International Airport’s Terminal 3 because the design is too expensive and has resulted in no company biddng for the project, CNA reported Tuesday (October 15).

The Taoyuan International Airport Corporation (TIAC) will present a report to the ministry on Friday (October 18) concluding it is necessary to abandon the plan for 130,000 aluminum tubes in the shape of flowers suspended from the ceiling of the terminal’s departure hall. Last year, TIAC said it had already asked the designers, the U.K.'s Rogers Stirk Harbour + Partners and Taiwan’s CECI Engineering Consultants, Inc., to alter their plans for the ceiling.

Three tenders for the construction project ended without bidders applying, leading to the Ministry of Transportation demanding design changes without adding costs. The roof in the shape of a wave will be abandoned and replaced by just a flat roof, but the designers insisted at least 90,000 of the originally planned 130,000 aluminum tubes should be kept, CNA reported.

Earlier this year, the budget for Terminal 3 was increased from NT$74.6 billion (US$2.4 billion) to NT$78.9 billion, with NT$44 billion dedicated to the main engineering project. At the same time, the target date for completion was also put back from 2020 to 2023, with the opening scheduled for 2024, but due to the recent difficulties those dates no longer looked feasible, according to the CNA report. 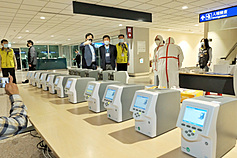