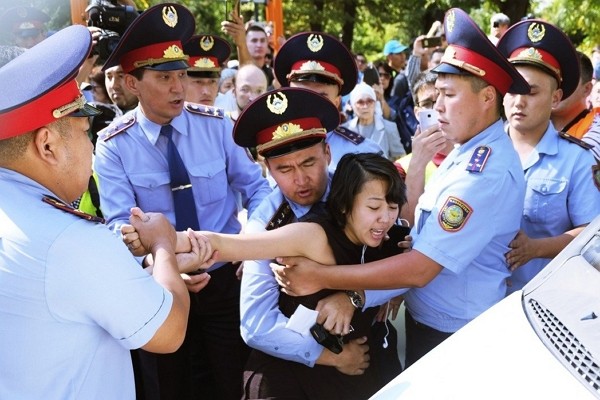 TAIPEI (Taiwan News) — As anti-Chinese sentiment rises across Central Asia, numerous protests have broken out in Kazakhstan against China's perceived economic invasion of the country.

Kazakhstan and neighboring China have been longtime trade partners, but recent information suggests that China aims to relocate a number of plants and factories to the former Soviet republic. Although the Kazakh authorities quickly denied such speculation, the nation has seen an increase in anti-China protests, according to UDN.

The protests started in the first week of September when news broke of China's alleged plans to relocate 55 factories to Kazakhstan's southwestern Mangystau Region. The information has been spread widely online, and signs that read "No to the expansion of China" and "The old man is the enemy" can be seen at demonstrations.

Anti-Chinese sentiment is not only brewing in Kazakhstan but also in other Asian countries, according to renowned Japanese scholar Kumakura Jun (熊倉潤) in his recent article "One Belt One Road and Potential Sinophobia in Central Asia." An anti-China protest also took place in Kyrgyzstan in January, reported BBC.

In recent years, Kazakhstan has seen a divide between pro-China and anti-China activists, causing the Kazakh government to employ a more cautious approach to Beijing's business proposals. The sudden backlash has created a dilemma for the new Kazakh president Kassym-Jomart Tokayev, reported the Observer Research Foundation.