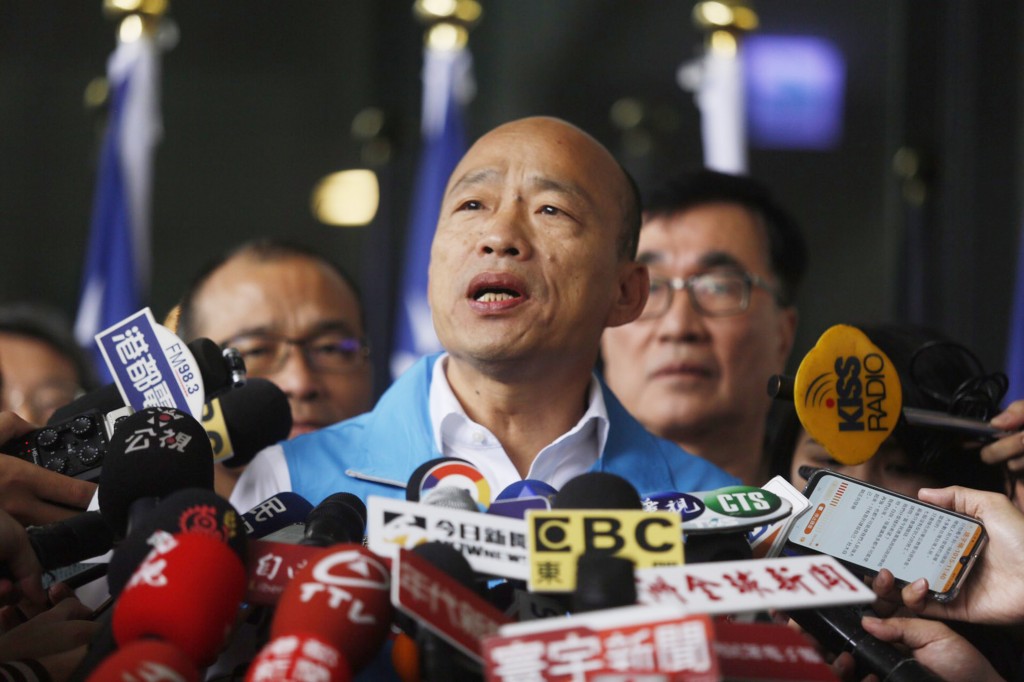 TAIPEI (Taiwan) — Kaohsiung mayor and Kuomintang (KMT) presidential candidate Han Kuo-yu (韓國瑜) has announced that he would take a three-month leave from office starting Wednesday (Oct. 16) to focus on his presidential campaign.

Wrapping up his last city council meeting before the key elections in January, Han made the announcement on Tuesday morning in the hall of the City Government building. “[I] officially declare that I am taking leave to focus on the presidential election,” said Han.

“Today is an important day. From tomorrow, [I] will take leave and be dedicated to the presidential campaign,” Han added, as his supporters, who had gathered in the hall, burst into cheers. Before leaving, Han chanted a military song, uttering the lyrics “Now, I am going to war.”

Having assumed the role of mayor for less than a year, Han will now be absent from city council meetings and leave municipal affairs to other officials. During the meeting, Han was met with criticism from opposition party councilors, who asked the mayor to donate his salary. Meanwhile, KMT councilors defended Han, saying that taking a leave of absence for a campaign does not violate any regulations and that numerous politicians from different parties have done the same.

Han later said via Facebook that he would soon embark on a nationwide “Common People and Land” tour. He wrote that he would ask Taiwanese for their opinions while unfolding policies designed to regain security and bring a better future to the people.

During his absence, three deputy mayors will lead the city government as it continues its duties, Han said. He made a plea for Kaohsiung citizens’ understanding and support, adding that, “after all, only when Taiwan is better will Kaohsiung become better too.”