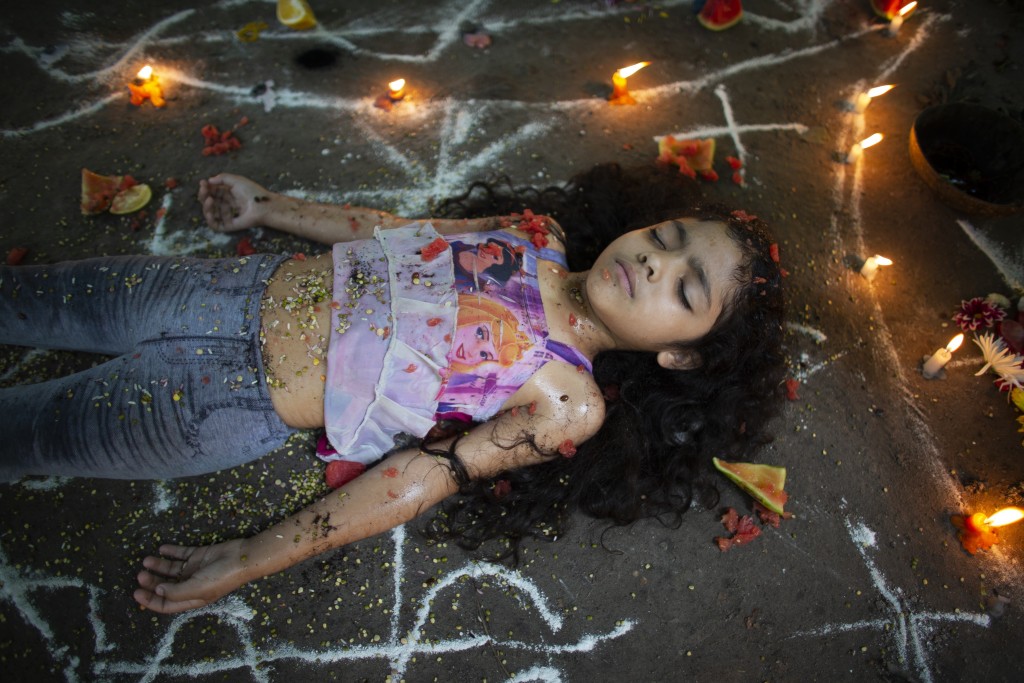 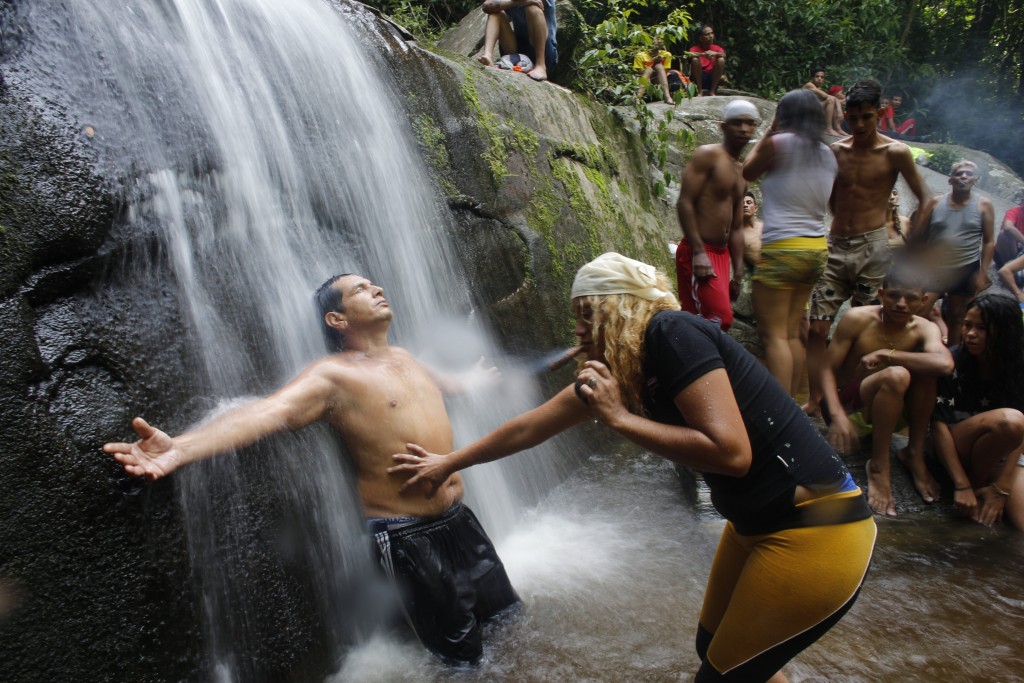 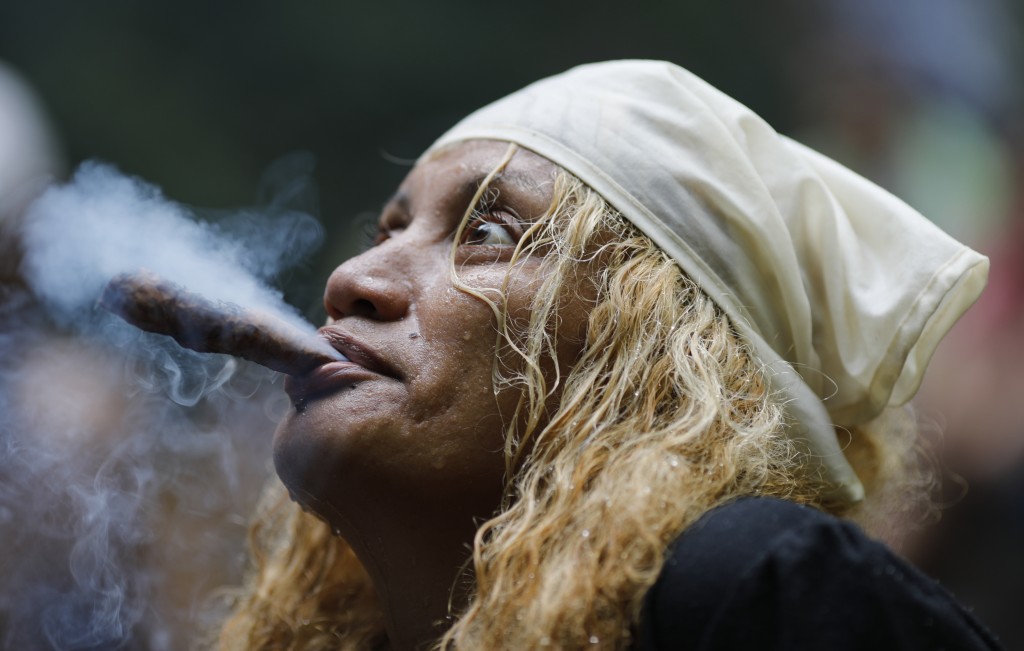 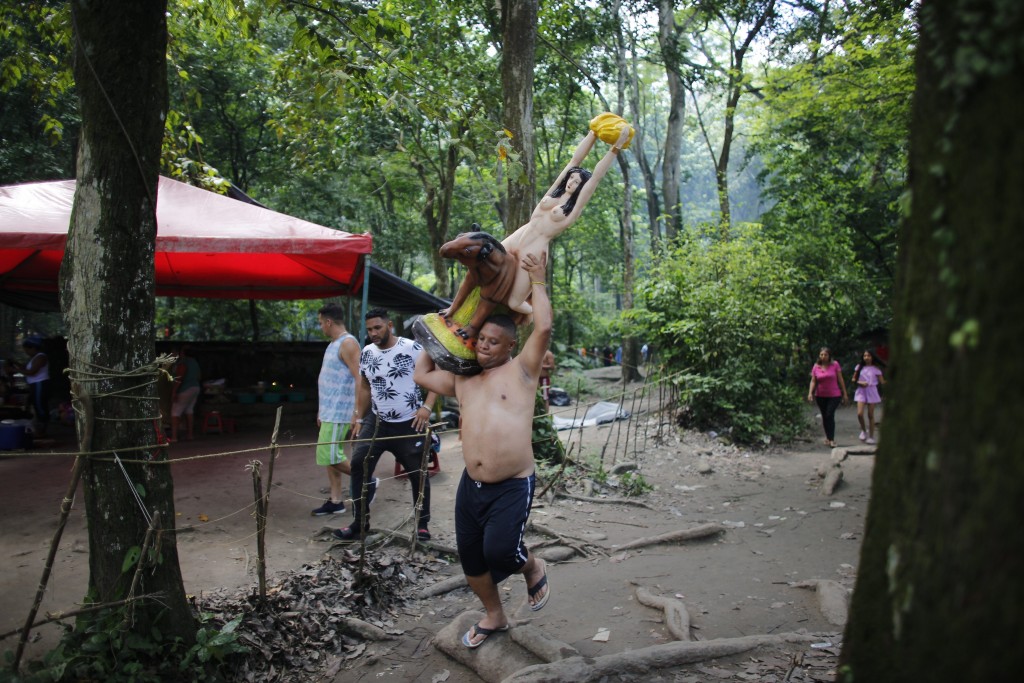 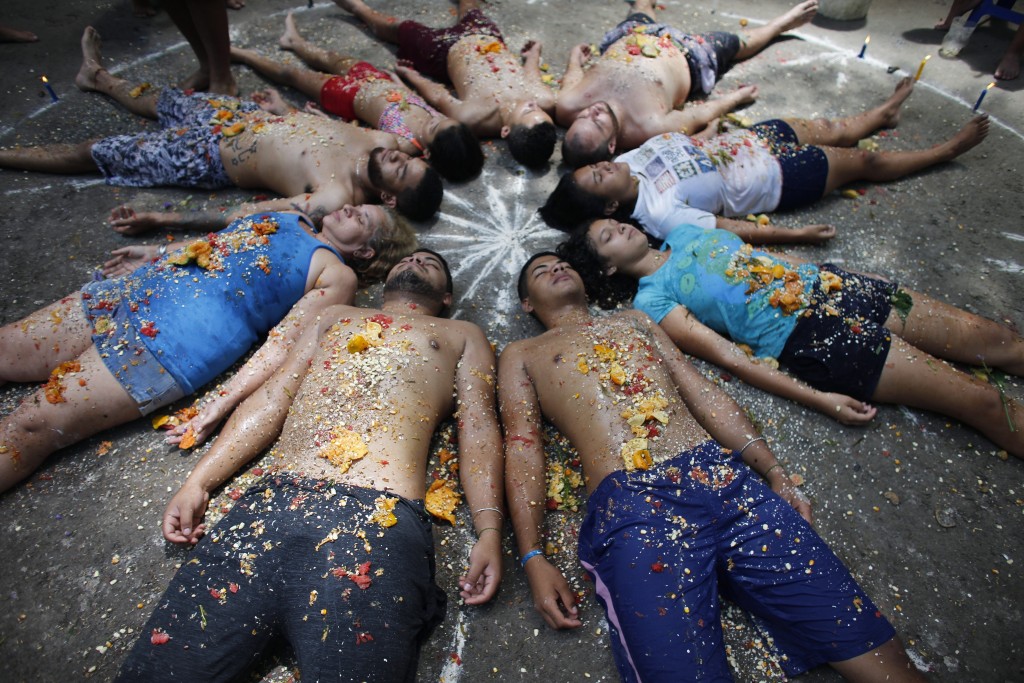 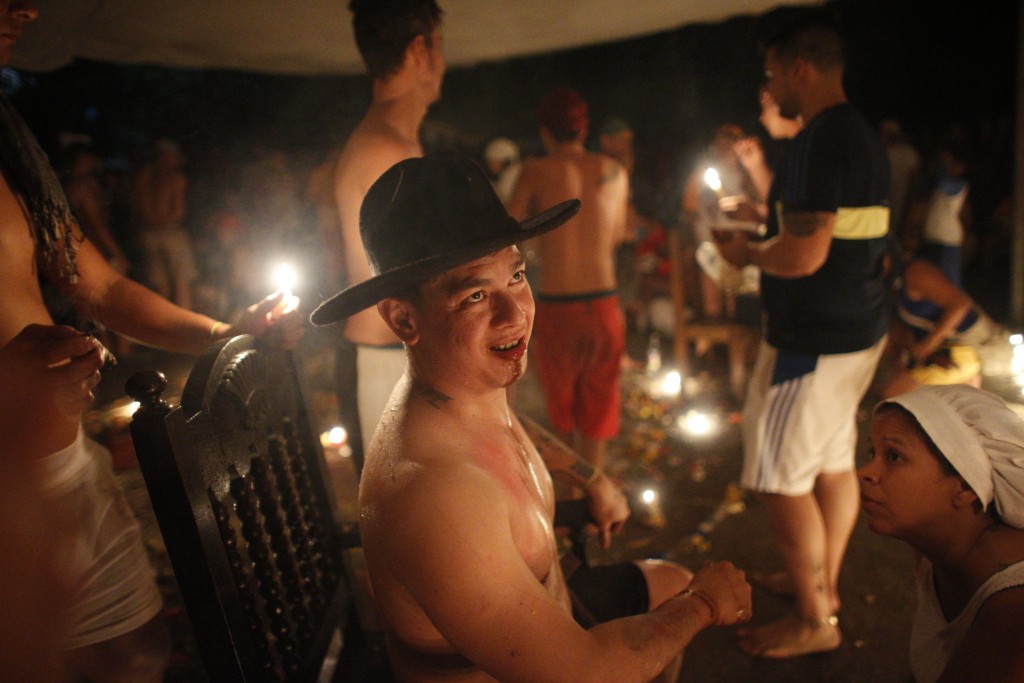 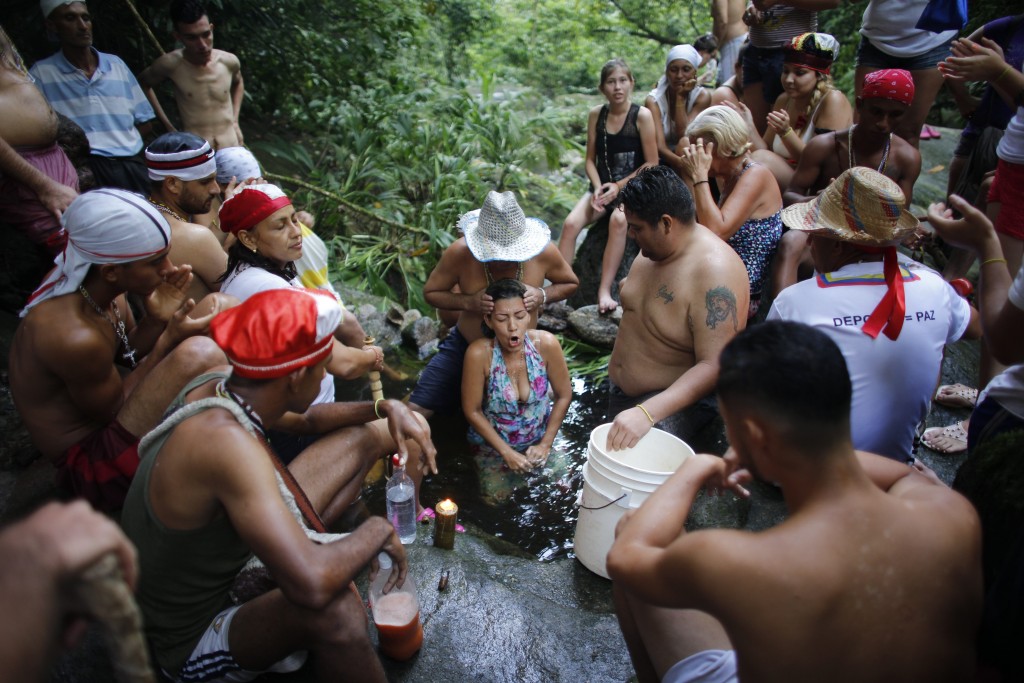 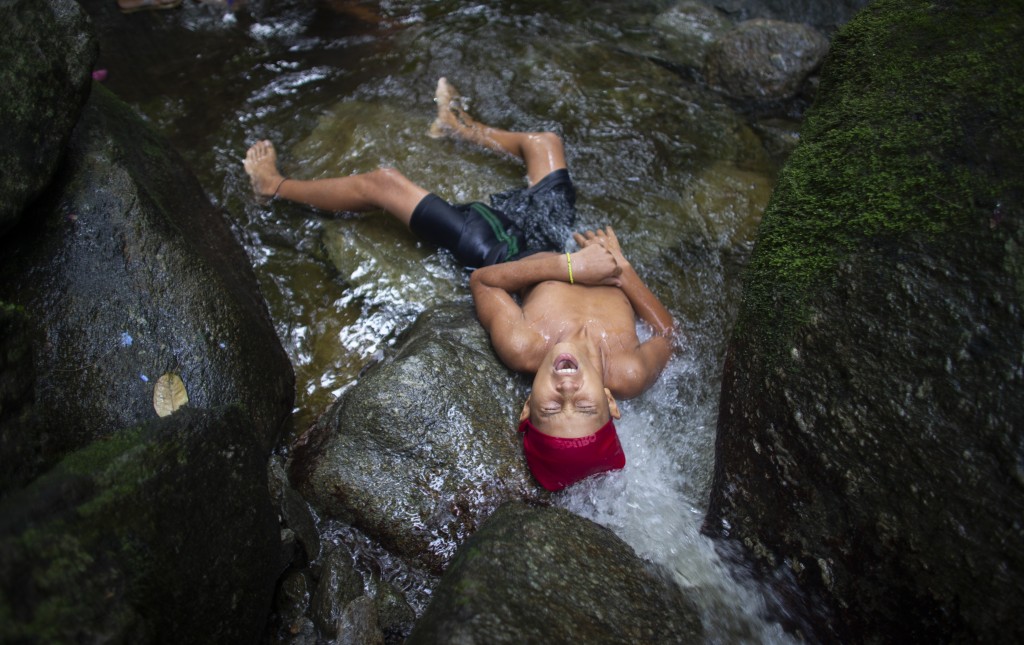 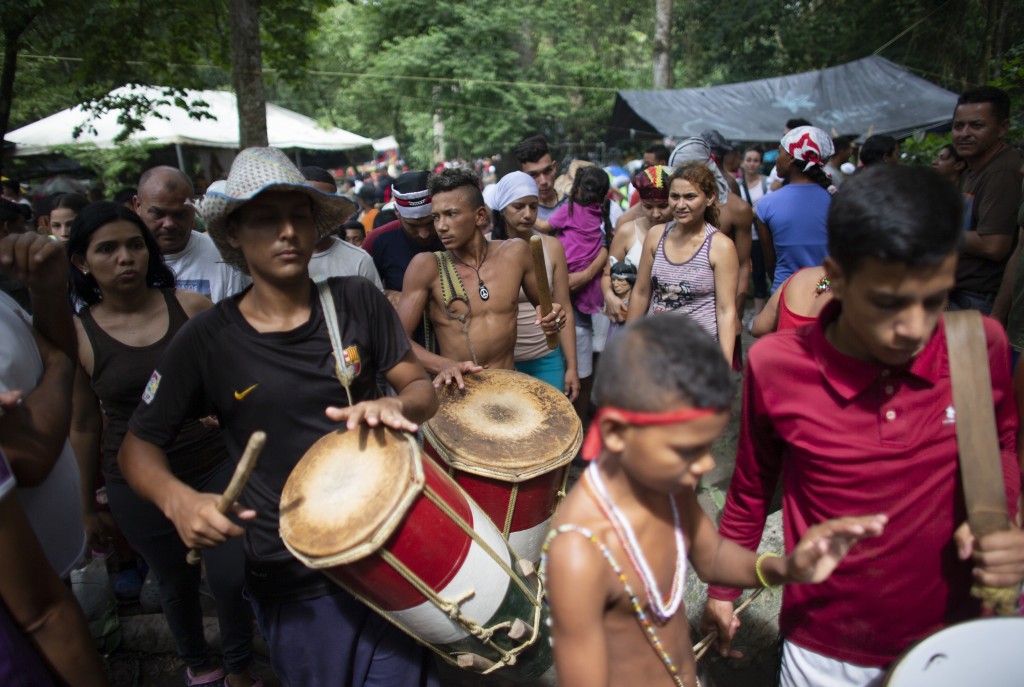 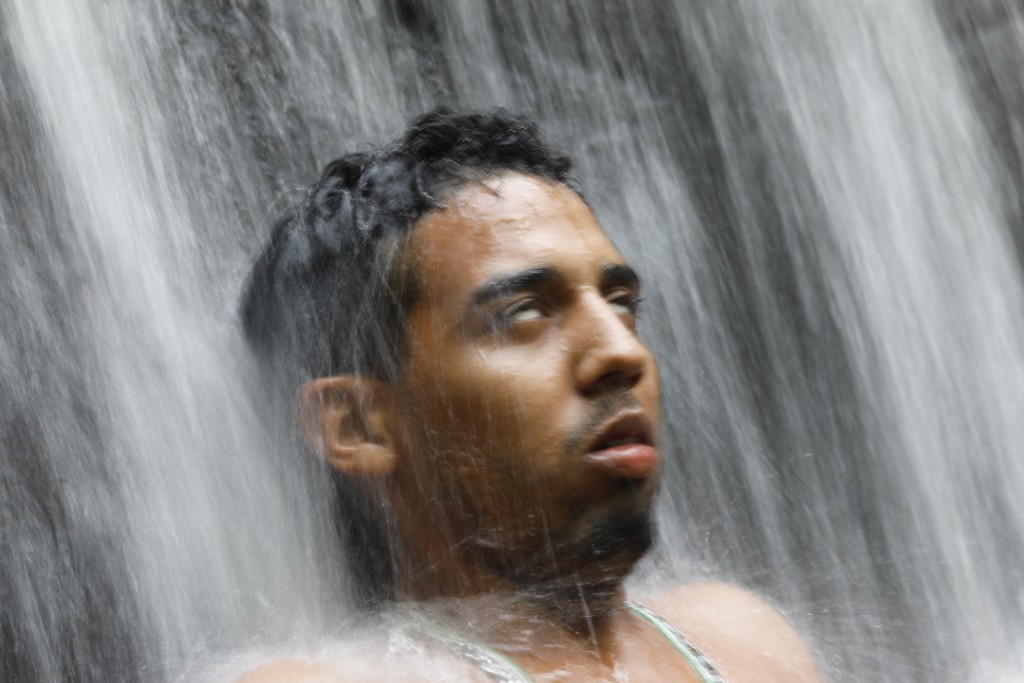 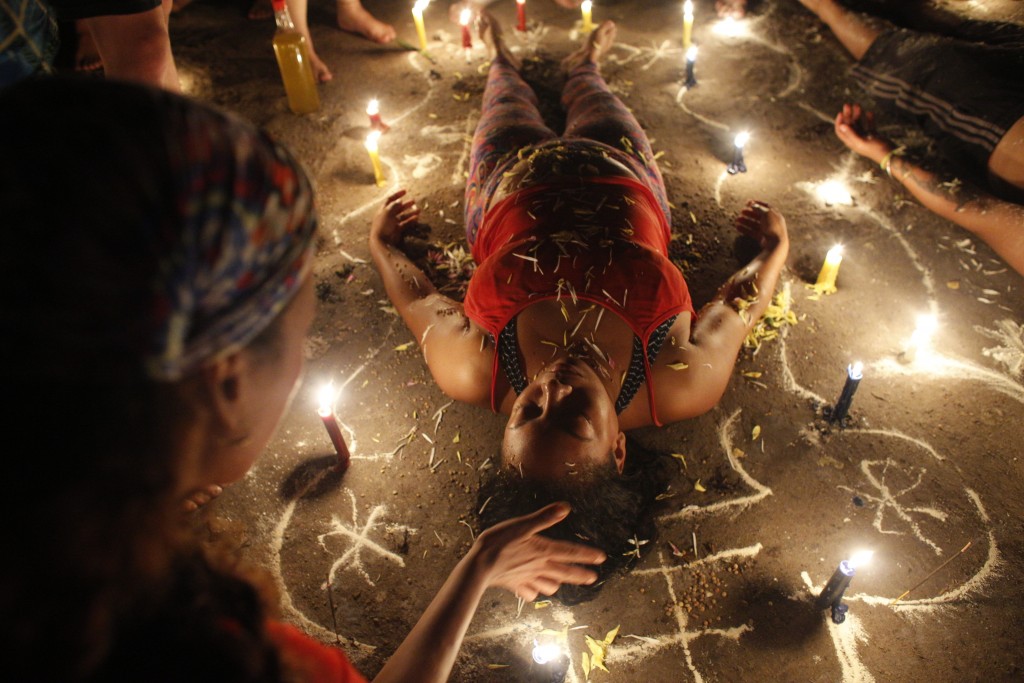 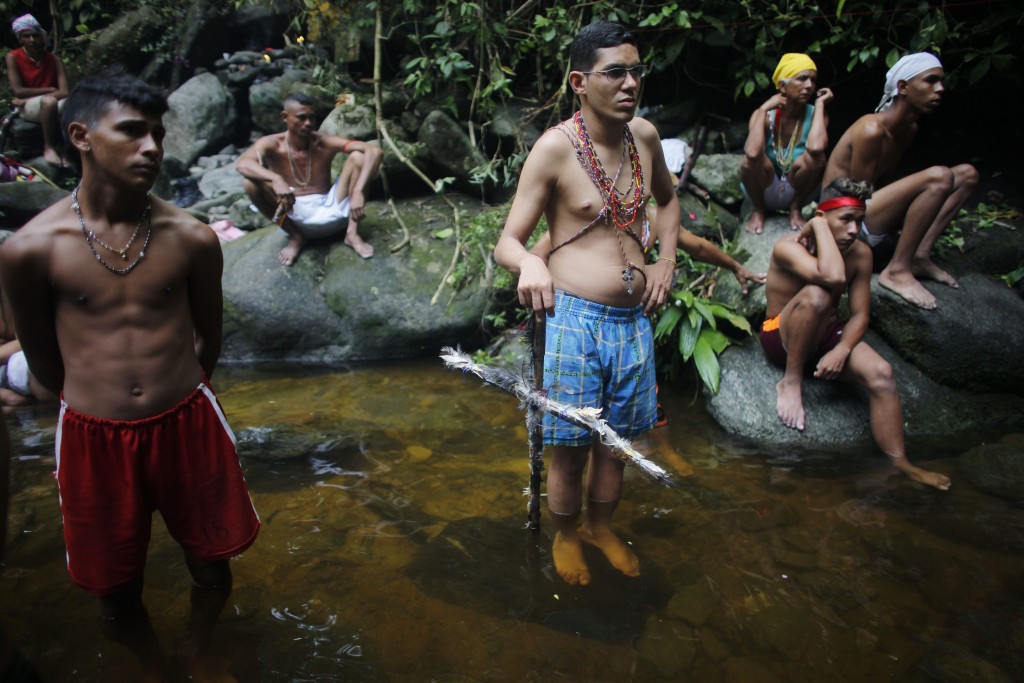 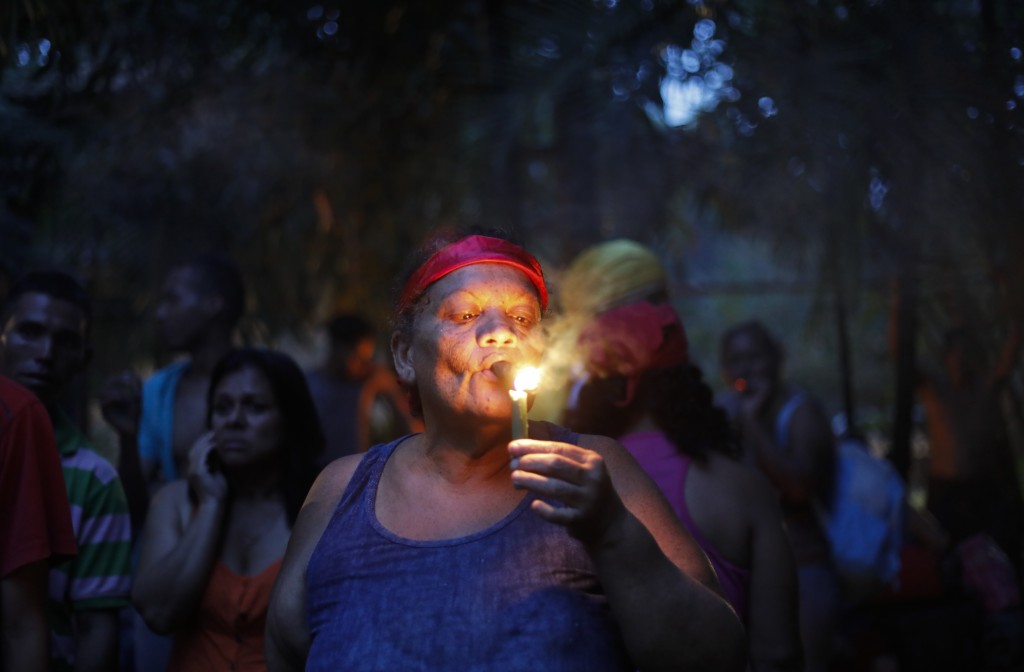 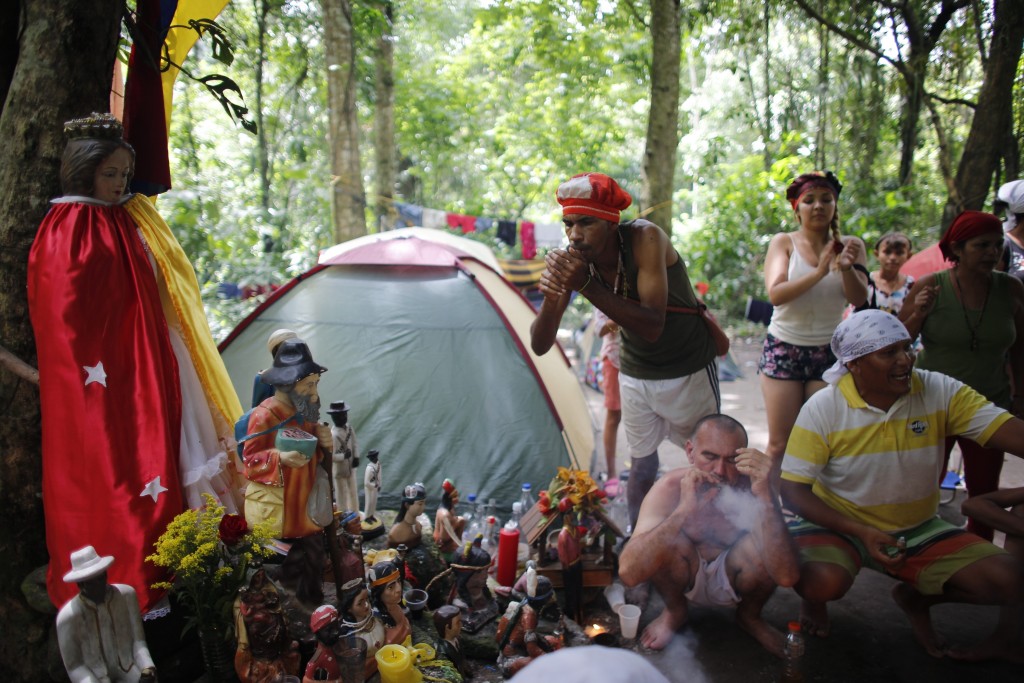 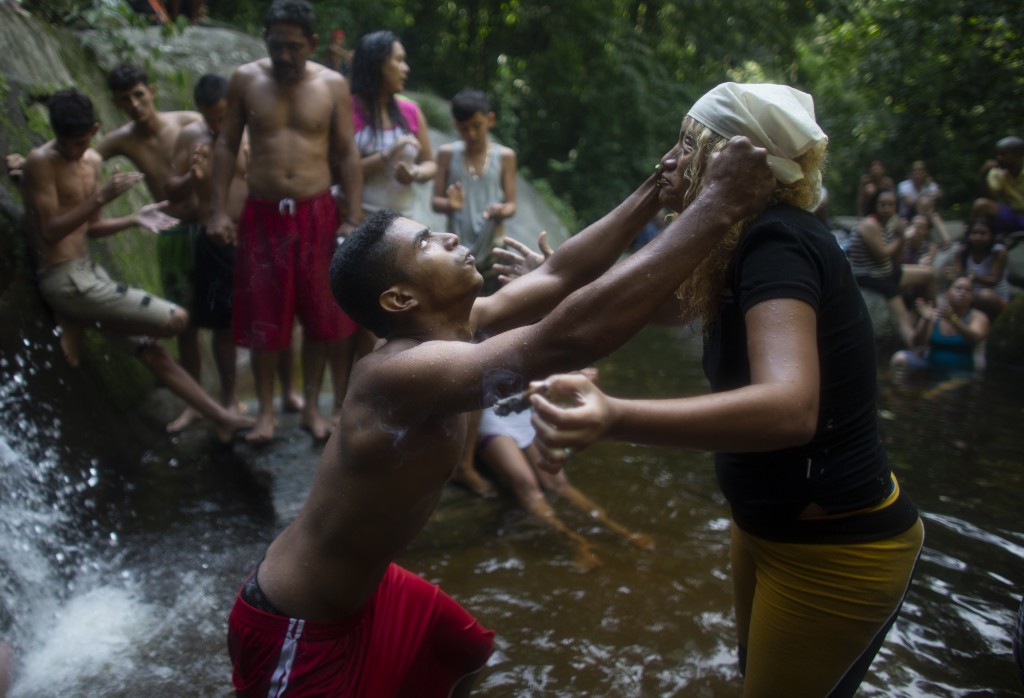 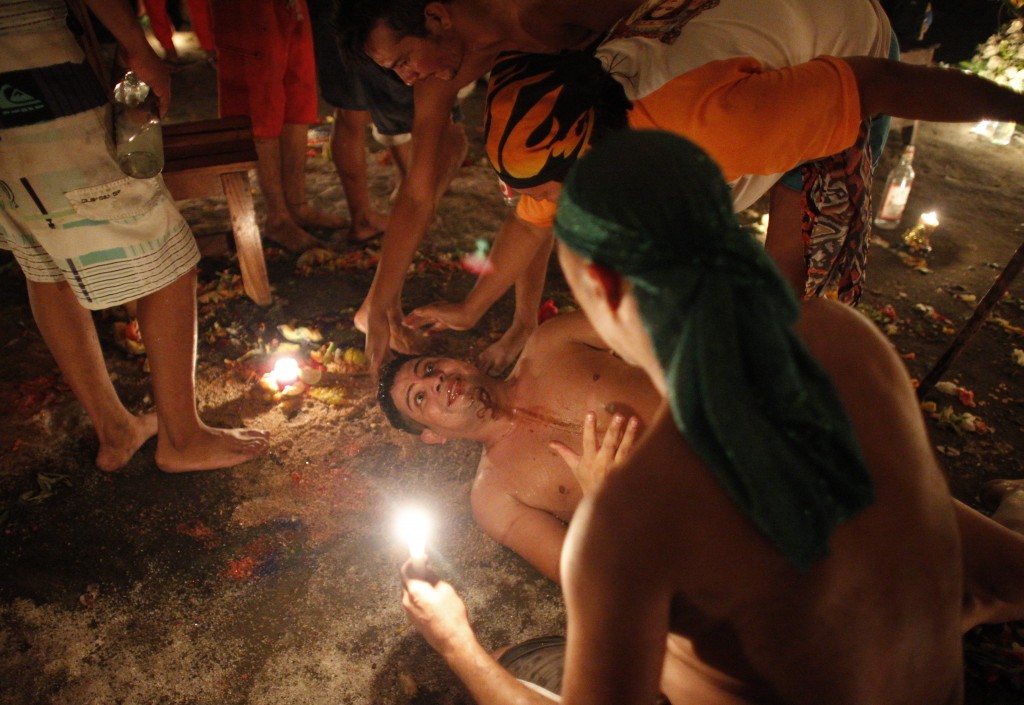 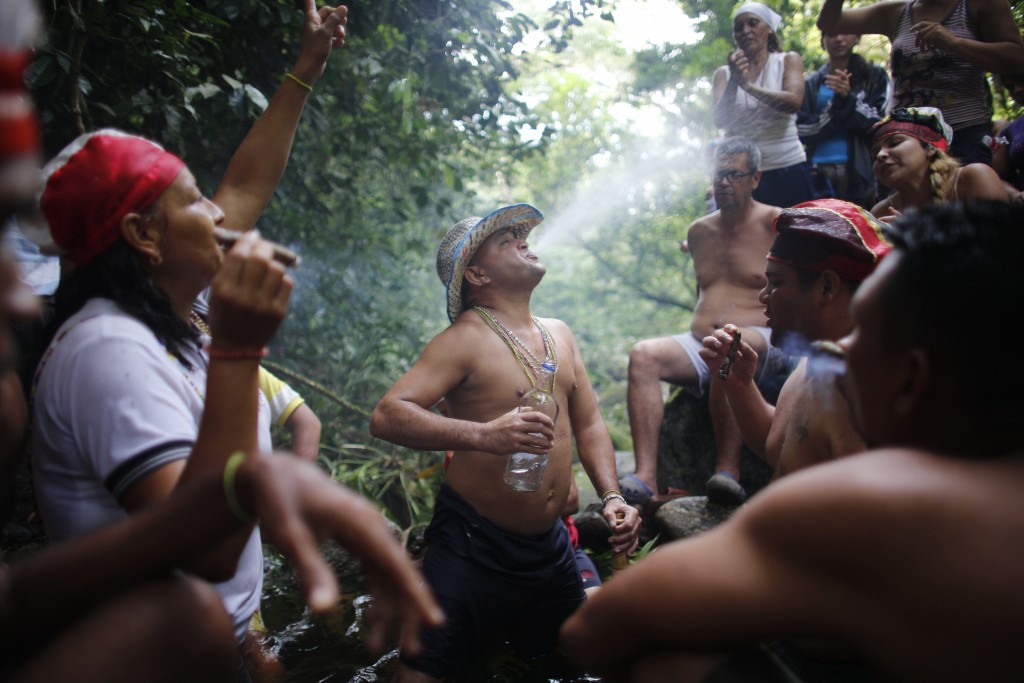 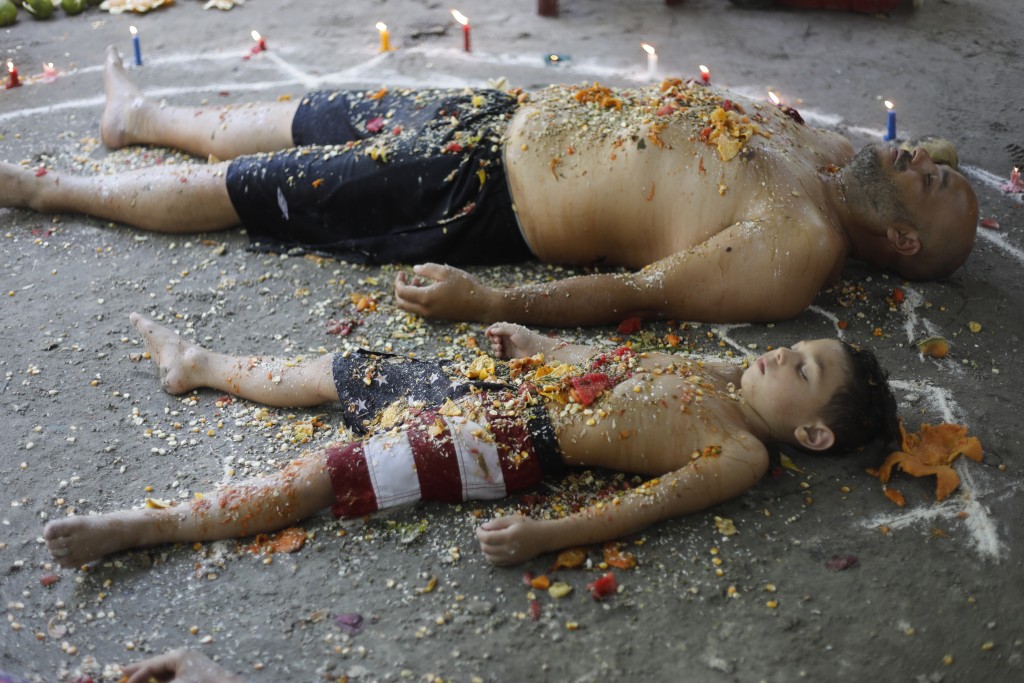 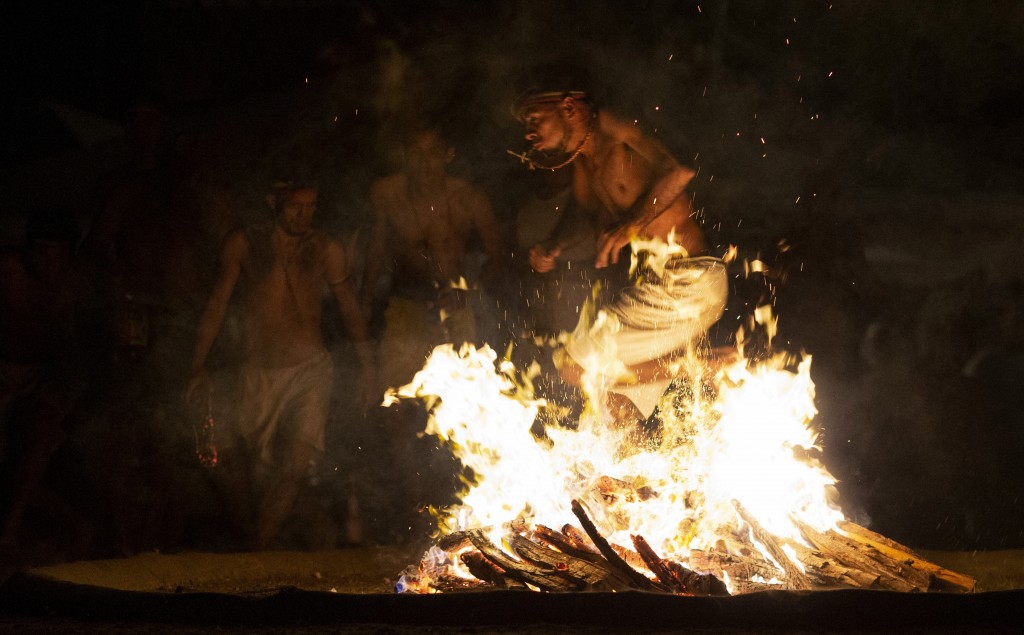 CHIVACOA, Venezuela (AP) — Every year, thousands trek to a mountainside in Venezuela for rituals played out with fire, blood and smoke to pay tribute to the indigenous goddess Maria Lionza, who is revered across the crisis-stricken South American nation.

Devotees come to the weeklong observance at Sorte Mountain seeking spiritual connection and physical healing. The traditions are hundreds of years old and draw on Roman Catholicism, the Afro-Caribbean religion Santeria and indigenous rituals — all set to a pulse of constant drumming.

According to legend, Maria Lionza came from the mountain at Sorte, which is near the northwestern town of Chivacoa.

The main day is Oct. 12, observed by many Latin Americans as Indigenous People's Day, but many participants camp in tents among the old-growth forest while dedicating several days to the spiritual ceremonies.

Those immersed in the old rituals say they are put into a trance that allows them to channel spirits and escape injury from otherwise dangerous feats.

At this year's opening event Saturday, Francisco Verdaguer hurled his body through flames and danced across red-hot coals. He circled the flames through the night, striking his forehead with a smoldering club.

None of that left a single mark on his flesh, he said later.

"I feel good, thank God," Verdaguer said. "My feet are fine, and my body is free of any burns. Above all, I thank the divine trinity — the Father, Son and Holy Ghost — and my holy mother, Queen Maria Lionza."

A man also in the circle bit into a stick of glowing embers, while yet another wearing a red cape summoned a Viking spirit. Adopting a strange, gruff voice and speaking a mythical language, he shouted words to heal those around him.

Maria Lionza is looked to by many across the country. She is memorialized in a salsa song popular among Venezuelans, and a statue of her naked and sitting astride a wild tapir stands in the center-divide of a Caracas highway.

As Venezuela has sunk deeper into economic and social crisis after two decades of socialist rule, devotees say their numbers have swollen as people look for answers to their daily struggles outside the political system and churches.

In various healing ceremonies, a man who had summoned a spirit slashed at his tongue with a razor and jabbed it into his bare chest. Blood smeared his face and dripped down his chest, while those gathered around cheered.

Other men lay motionless and face-up in the dirt amid candles and elaborate drawings in white power as onlookers pass through them and step over their bodies.

Jenny Campos said she is a true believer. A shaman once performed a ceremony over her at Sorte before a major surgery on her ovaries, and she credits that with a quick recovery.

"He told me you won't need to spend much time in the hospital after having surgery," Campos said. "It was a big operation, but after two days my stitches were already healed."