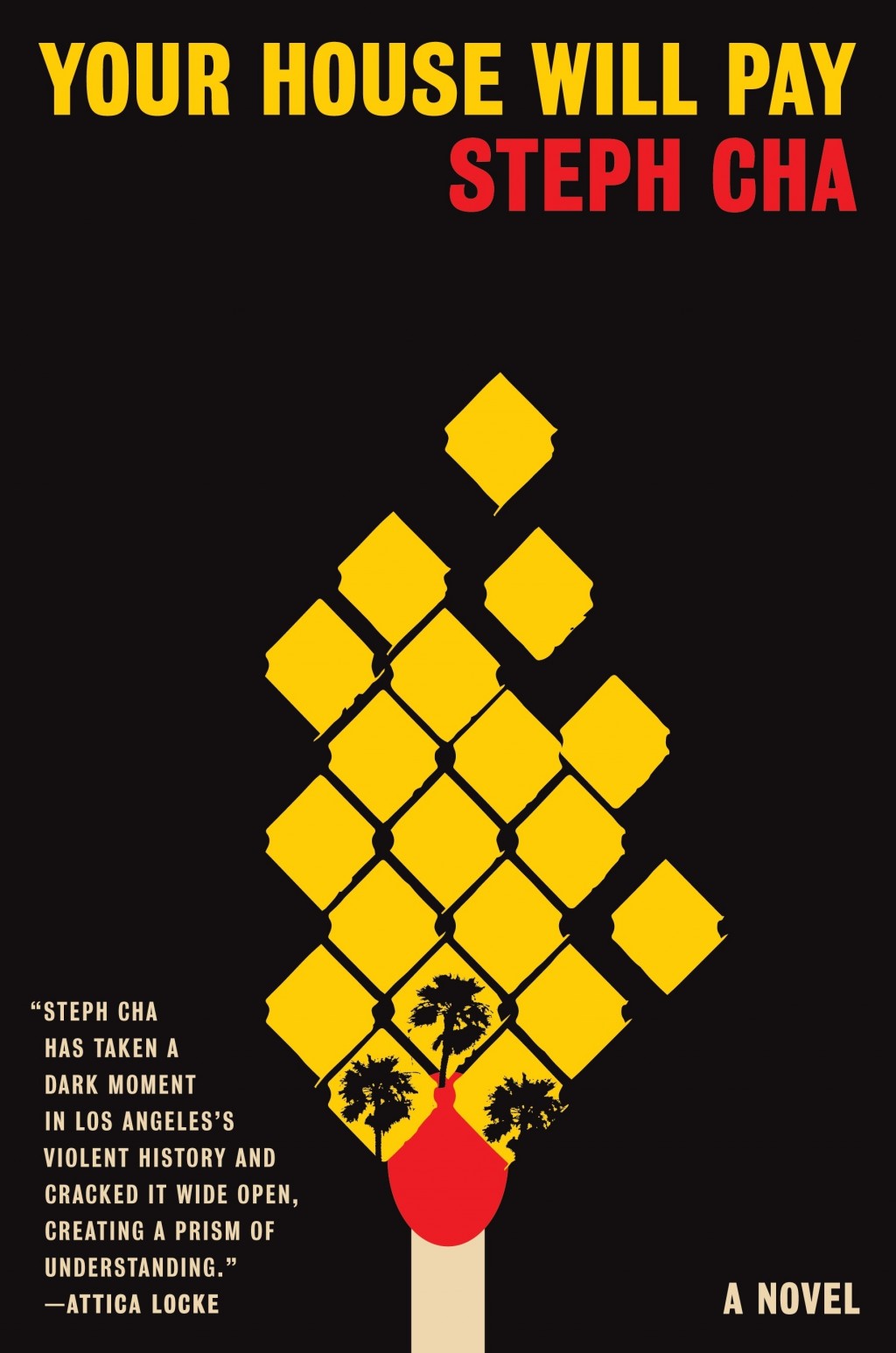 "Your House Will Pay: a Novel," Ecco, by Steph Cha

The "house" in Steph Cha's riveting first stand-alone novel references many types of houses. There is the home in which you live, but house also refers to where you work, your friends and prisons, both physical and emotional, those things that bind people and that we call home. This house motif — and its myriad meanings — effectively moves throughout Cha's engrossing story about race, redemption and forgiveness.

"Your House Will Pay" also is an emotional look at families and how trauma and violence can reverberate for generations, causing one character to worry about "how easily kids absorbed the spilled poison of the grown-up world."

History uncomfortably repeats itself in the story. Grace Park, a 27-year-old pharmacist, attends a rally protesting the Los Angeles police shooting of a black teenager, joining her sister, Miriam. She is estranged from their Korean immigrant parents with whom Grace still lives. Grace's life consists of work in the family pharmacy and going home to her parents who are unresponsive to her outrage at the shooting and who refuse to discuss why they and Miriam won't talk. Miriam also won't discuss their parents, only saying that their mother is "not a good person."

The current shooting echoes a 1991 shooting in which black teenager Ava Matthews was killed by a Korean liquor store manager. The shopkeeper disappeared after being convicted of voluntary manslaughter for killing the unarmed girl. The shopkeeper's sentence was probation, community service and a $500 fine.

Ava's death nearly destroyed her younger brother, Shawn, who joined a gang and spent a few years in prison. But Shawn turned his life around, has settled down with a steady job, a girlfriend and her daughter, and has been a surrogate dad to the family of his cousin, Ray, who has been in jail for 10 years. But Shawn knows deep down that "he was loosely held by the world, that he was one snap away from a total unmooring."

The legacy of these two families, torn apart by race and history, intersects as their problems become a microcosm of problems festering in Los Angeles. For the Matthews and the Parks, justice is messy, tainted by a litany of "what ifs" that could have changed their lives. Racial tensions rear up, even by characters who honestly believe they are not bigoted. Each family will learn uncomfortable truths about themselves as they try to rise about the past.

Cha unflinchingly delves into the complex emotions that drive families, violence and the need to survive. "Your House Will Pay" sets a new high for the talented Cha, who also writes the Juniper Song series.