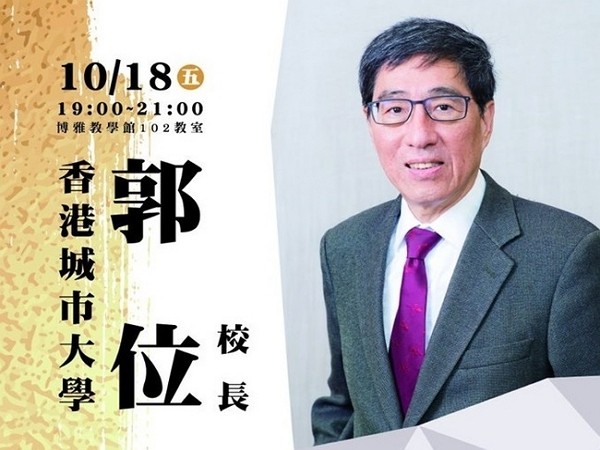 Kuan told the press on Monday that the Hong Kong movement is a very complicated topic to explore and that it is not the main focus of the lecture series "My Intellectual and Spiritual Pilgrimage." He added that Kuo is burning the candle at both ends with obligations at CityU and could not find time to visit.

Kuan's now-canceled visit has stirred up controversy on the Internet, according to CNA. In particular, NTU students have questioned his stance on the Hong Kong anti-extradition bill protests, pointing out his inactiveness and apparent unwillingness to protect his students when they were arrested for taking part.

Netizens have also commented on the NTU Facebook page, urging others to "have a conversation" with Kuan. Many have interpreted the remark as an invitation to protesters and worried that violence would break out at the speech, reported UDN.

Kuan was born in Taiwan and has been the president of CityU since May 2008. He has been at the center of several controversies over the years, including his pro-nuclear comments and his reluctance to discuss Taiwan-China relations.