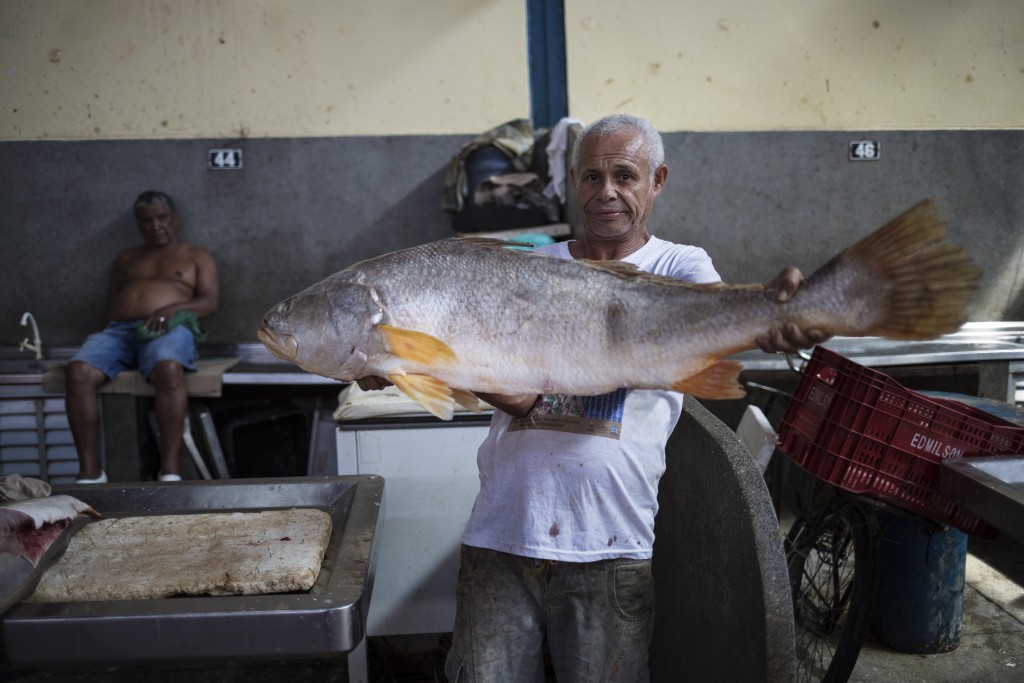 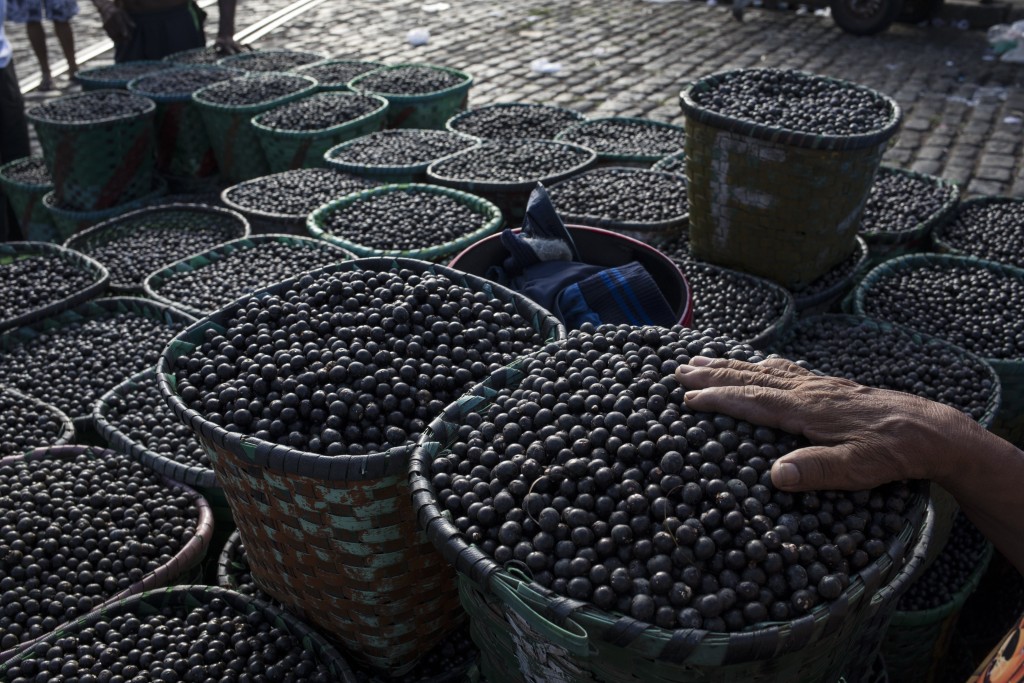 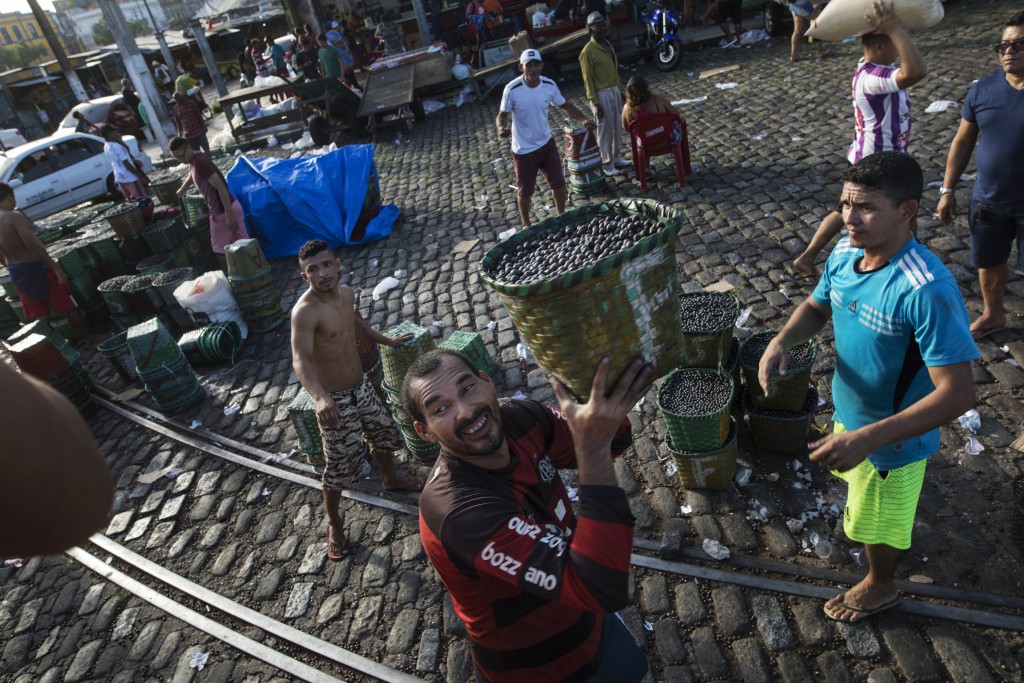 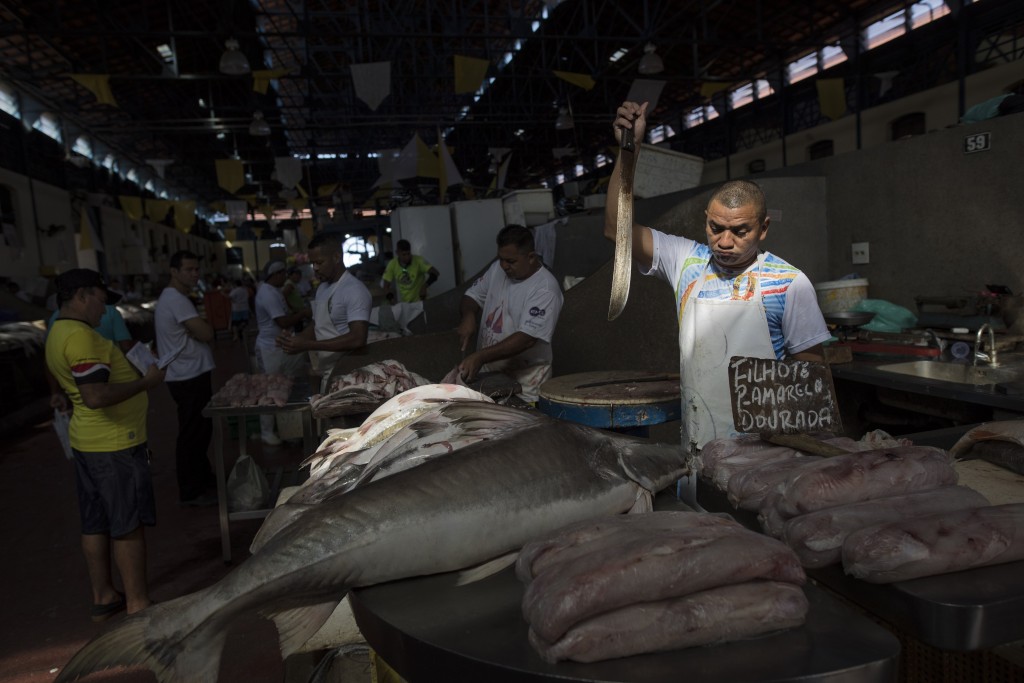 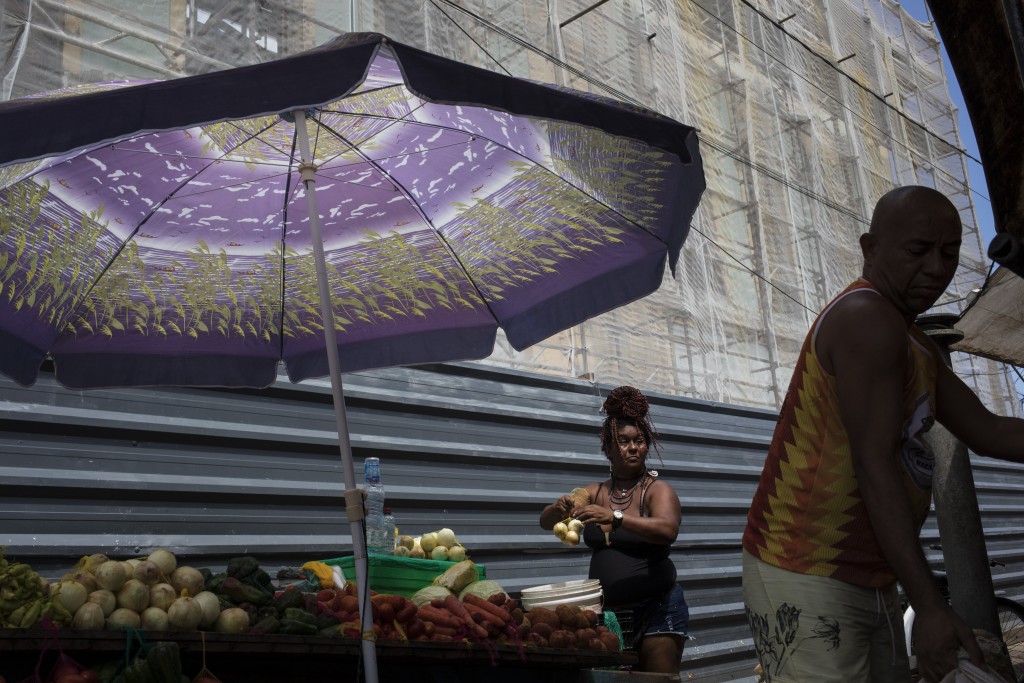 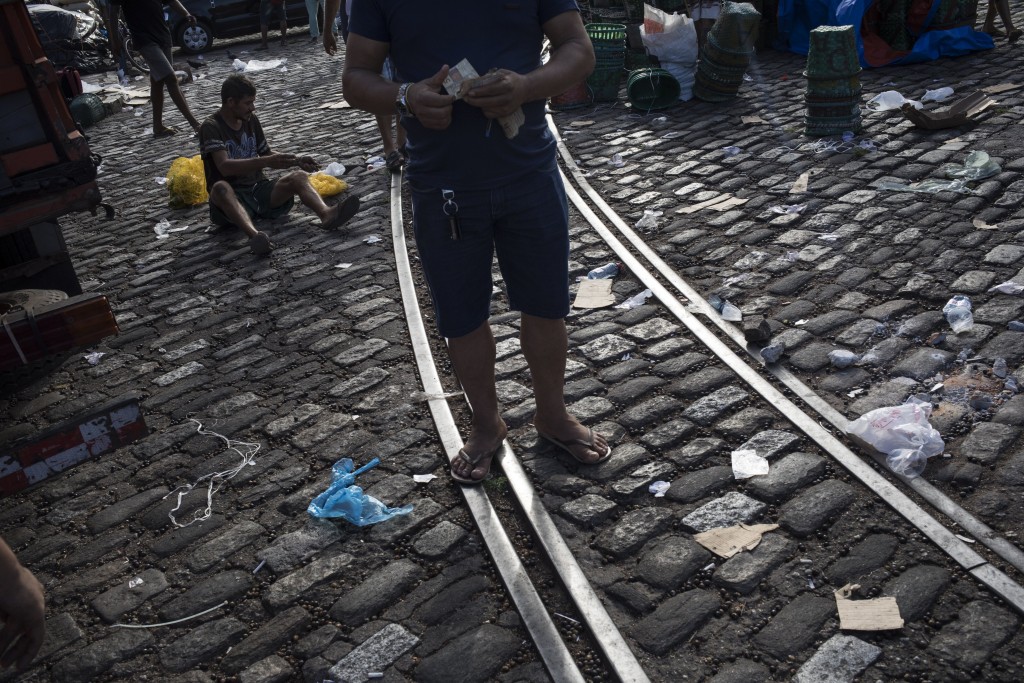 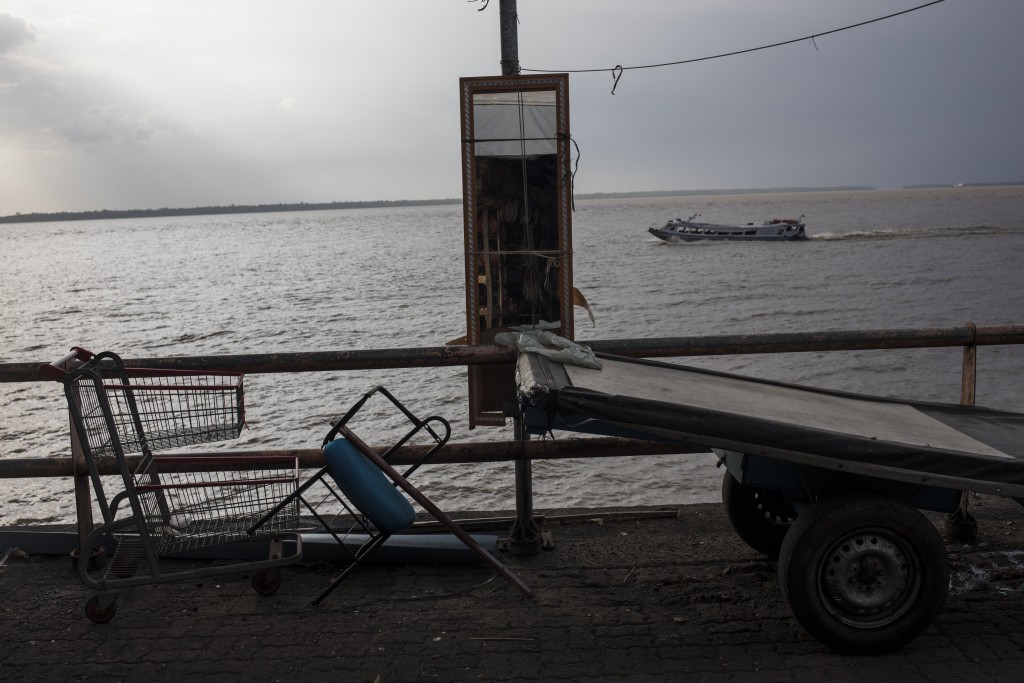 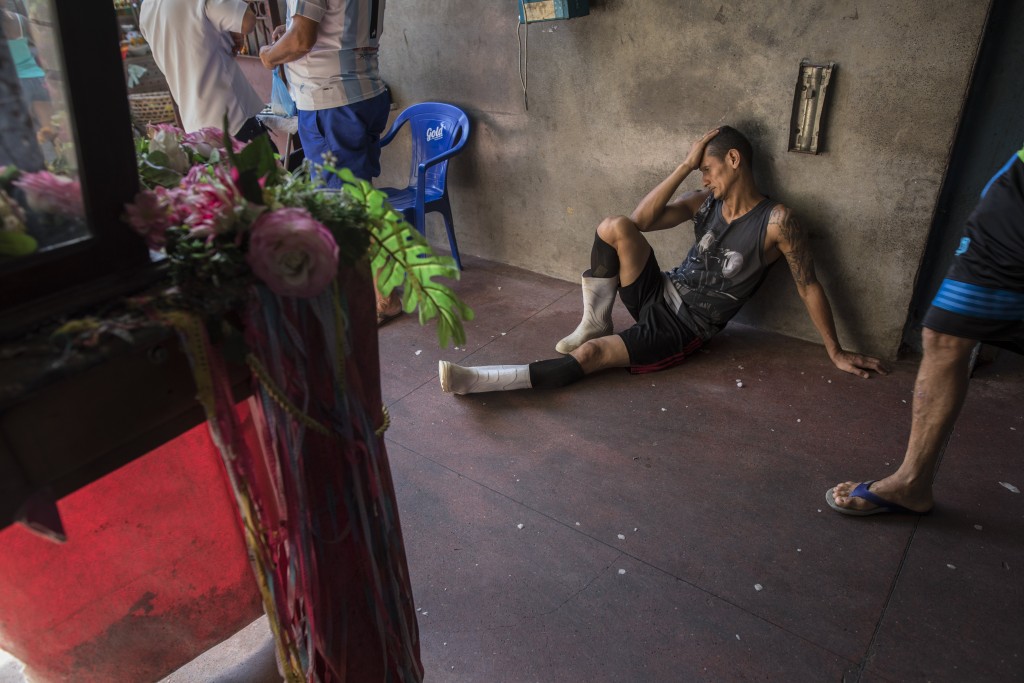 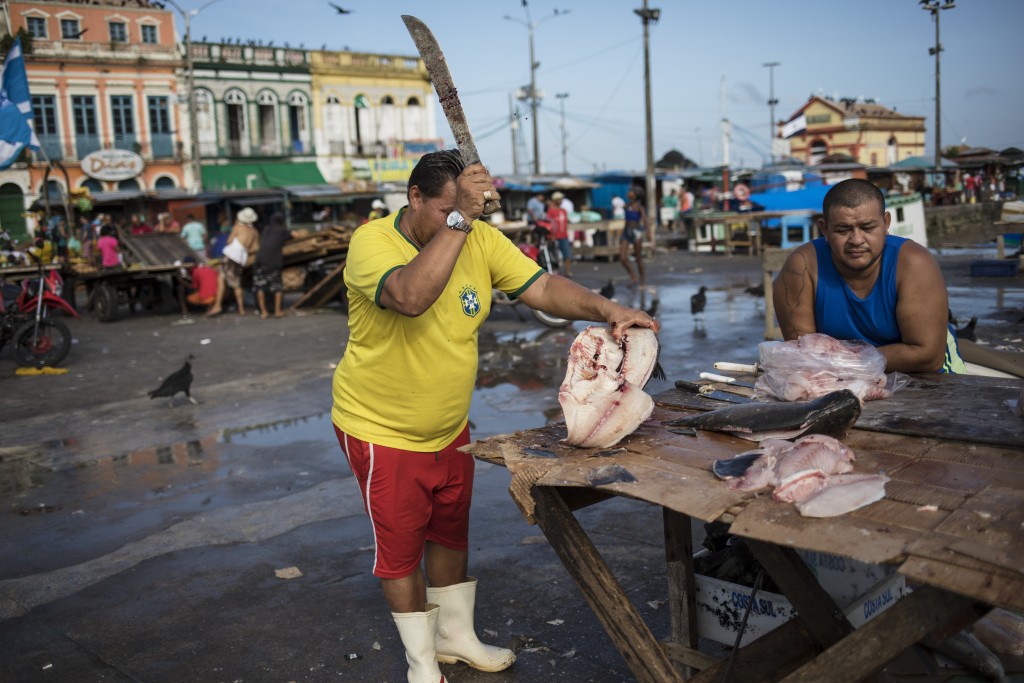 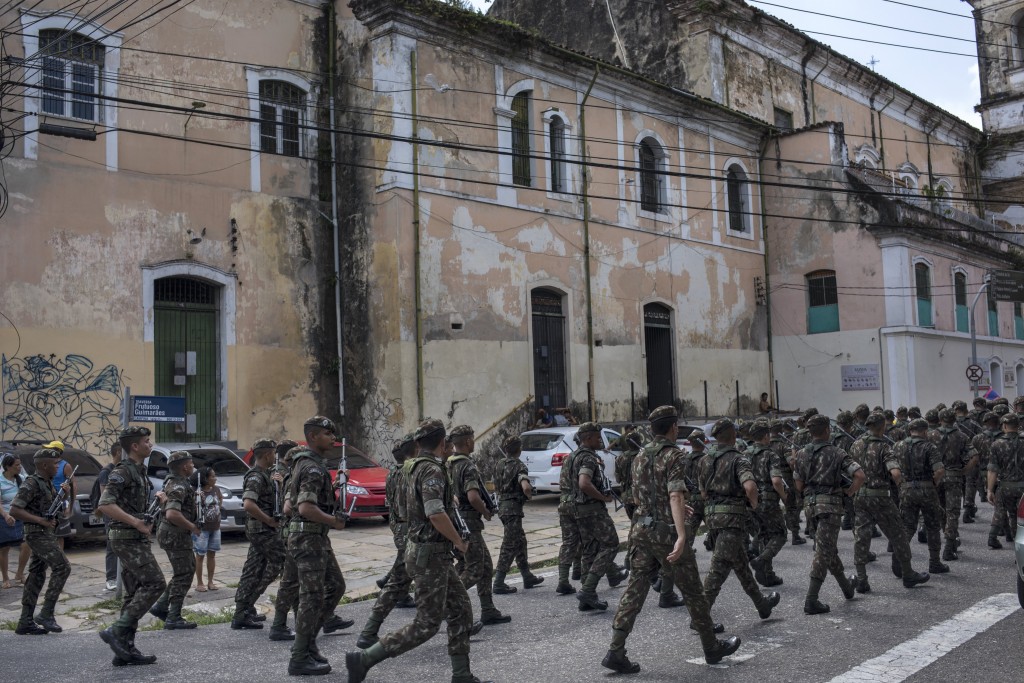 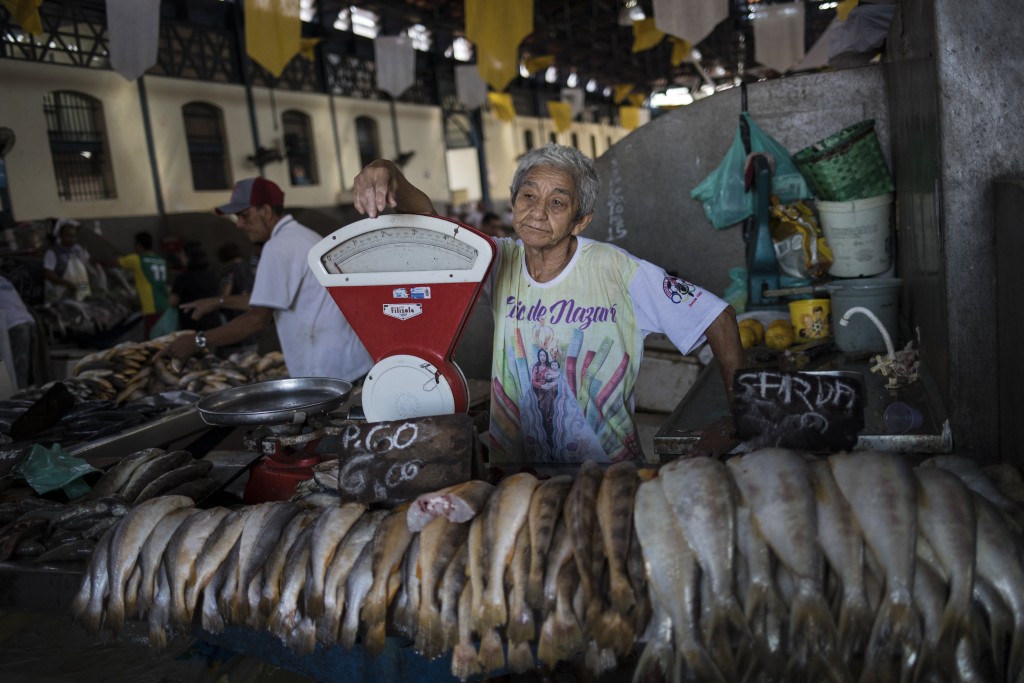 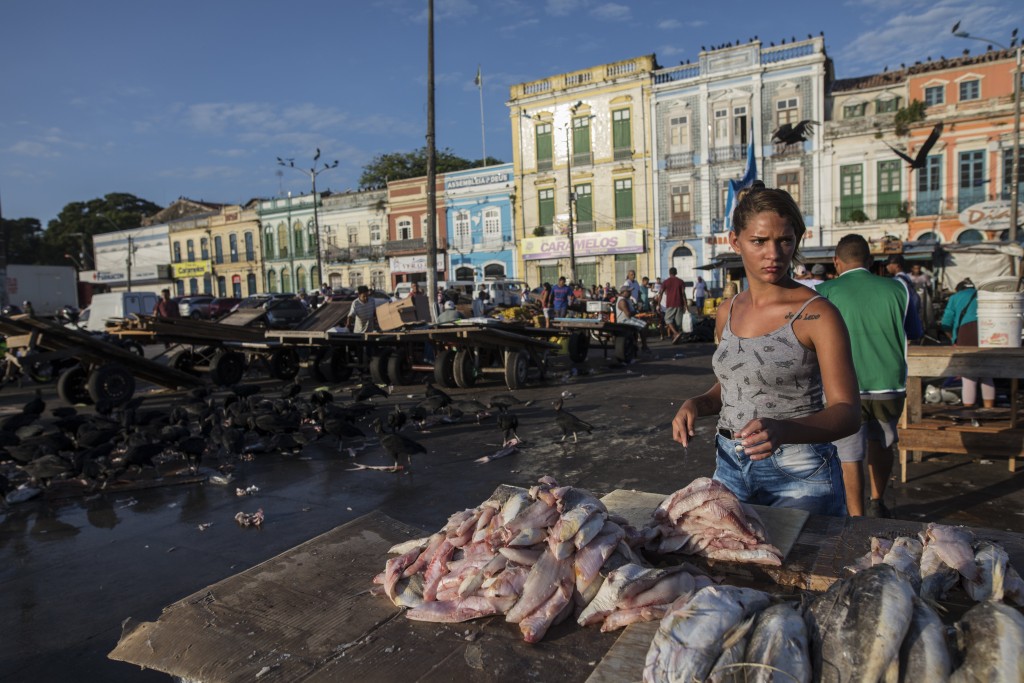 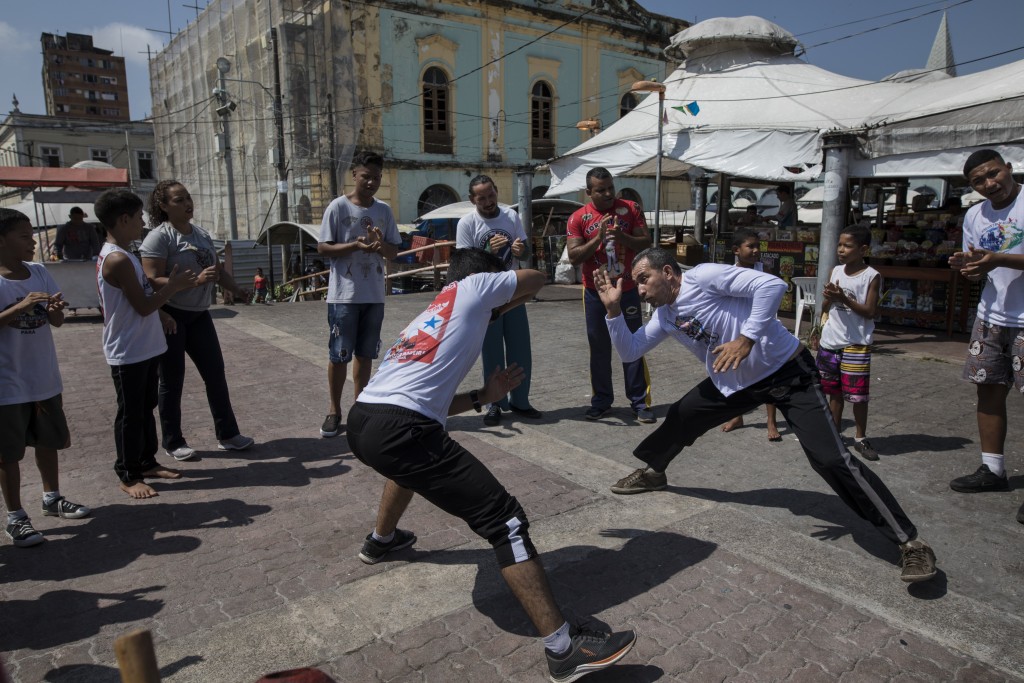 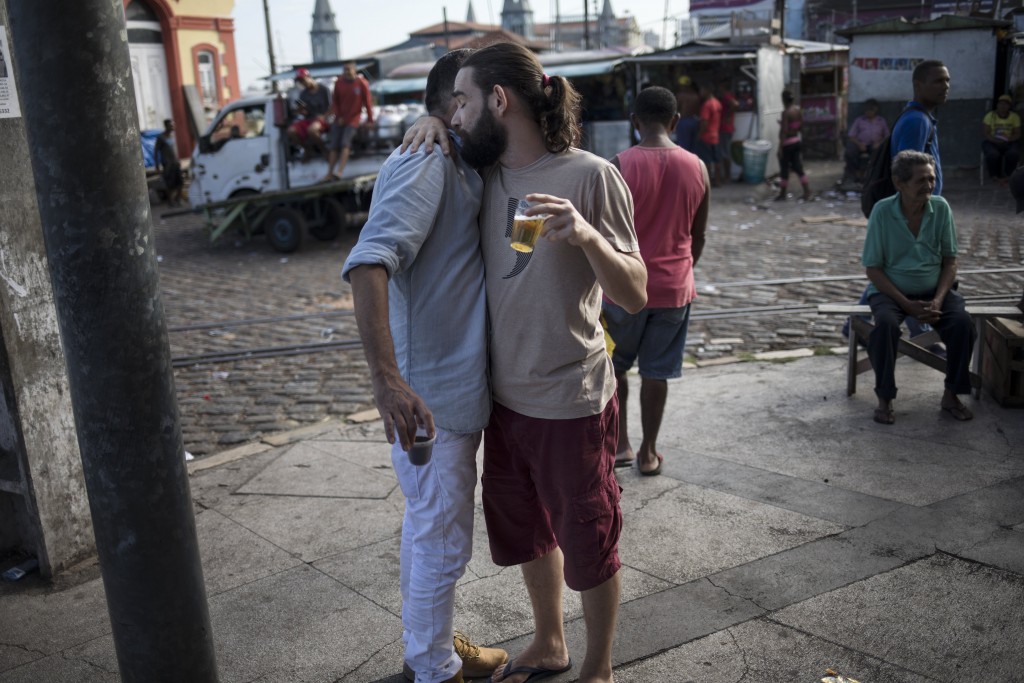 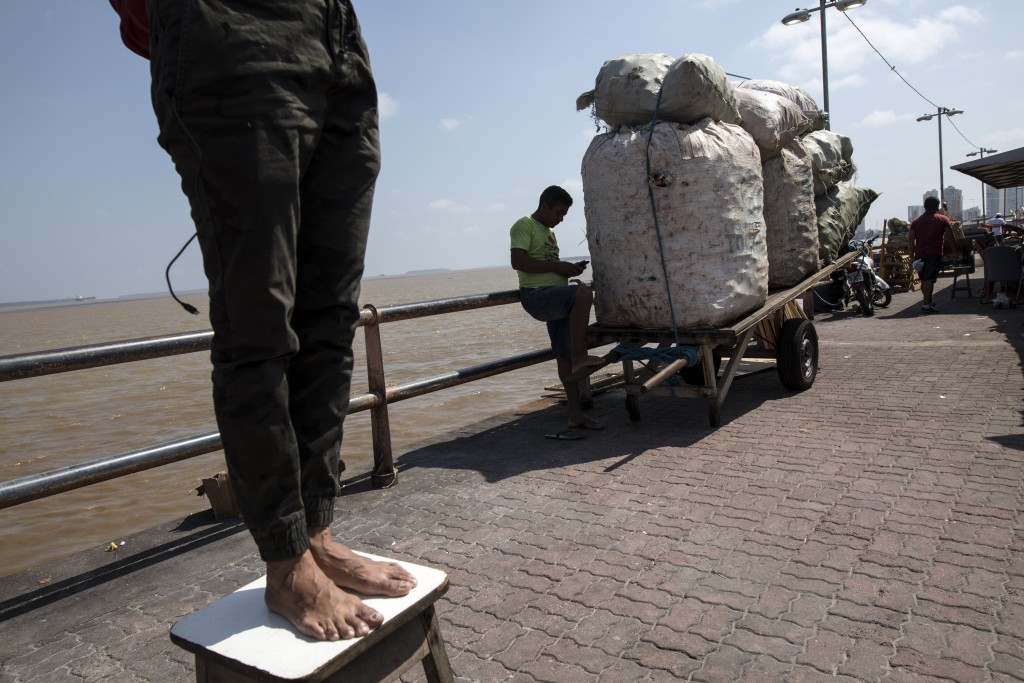 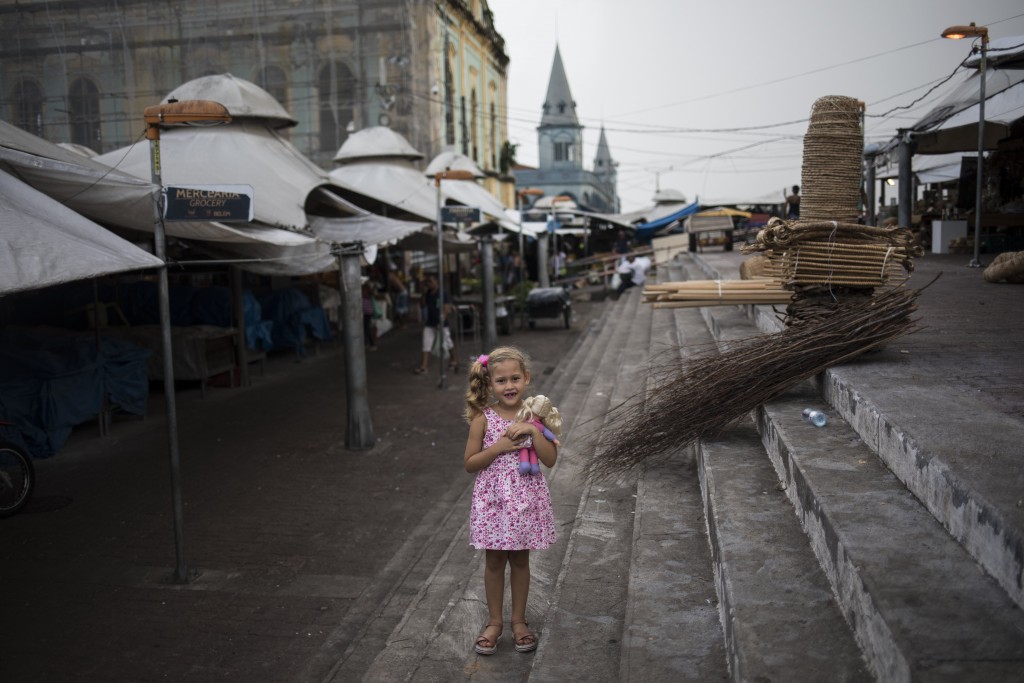 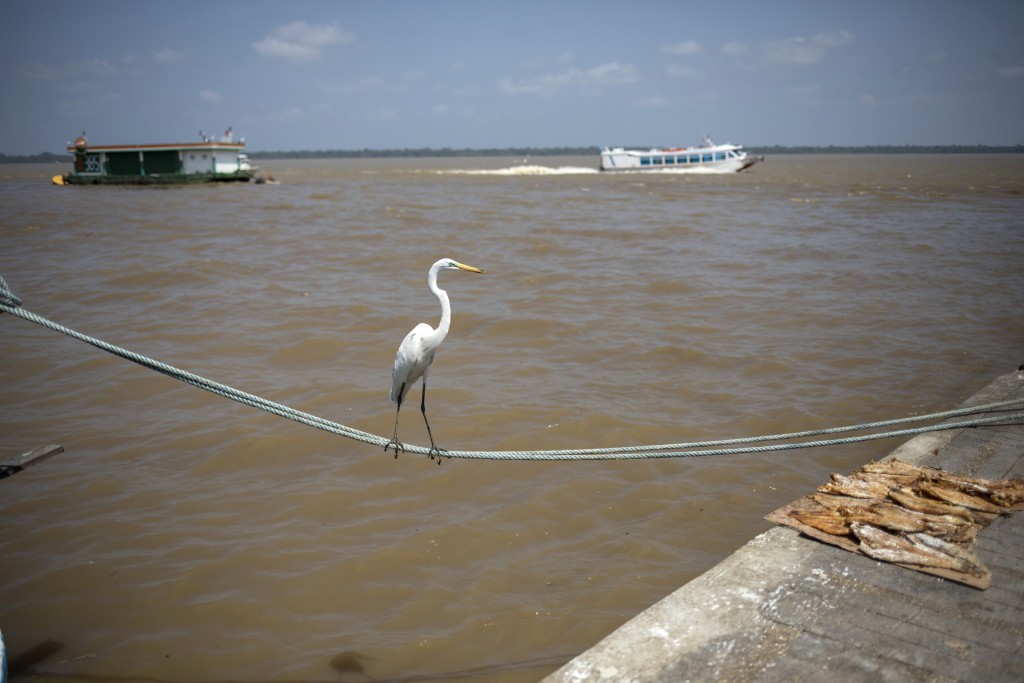 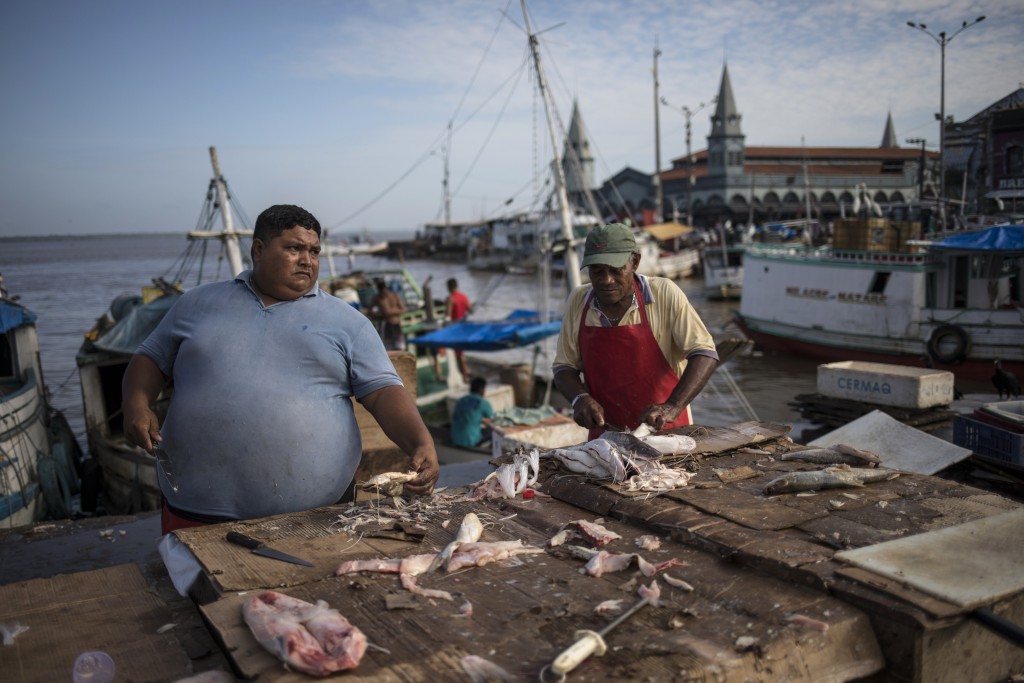 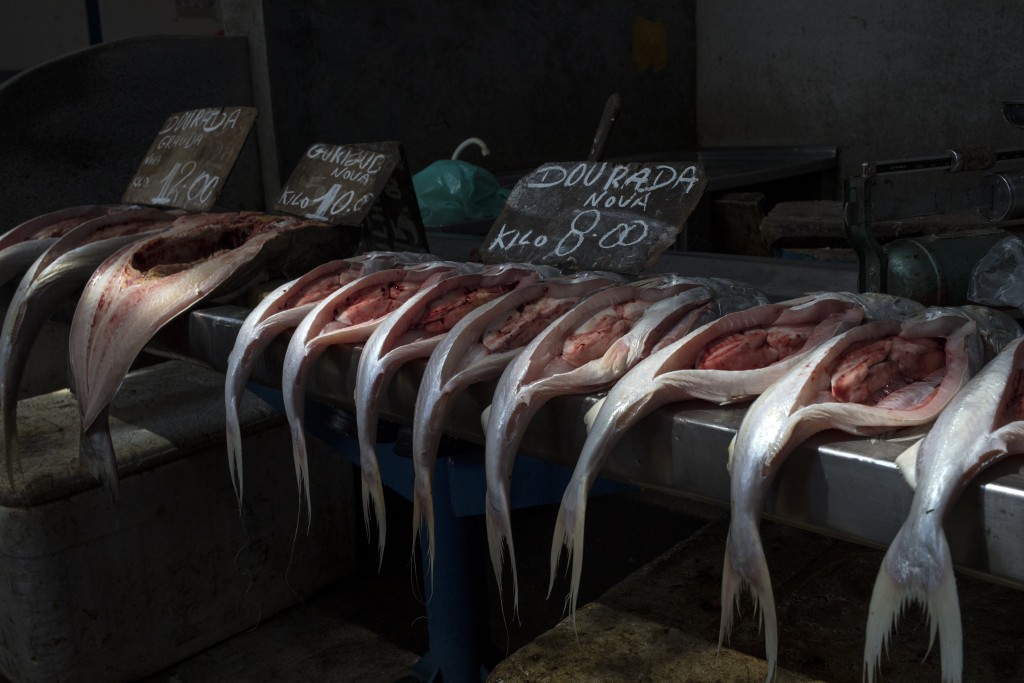 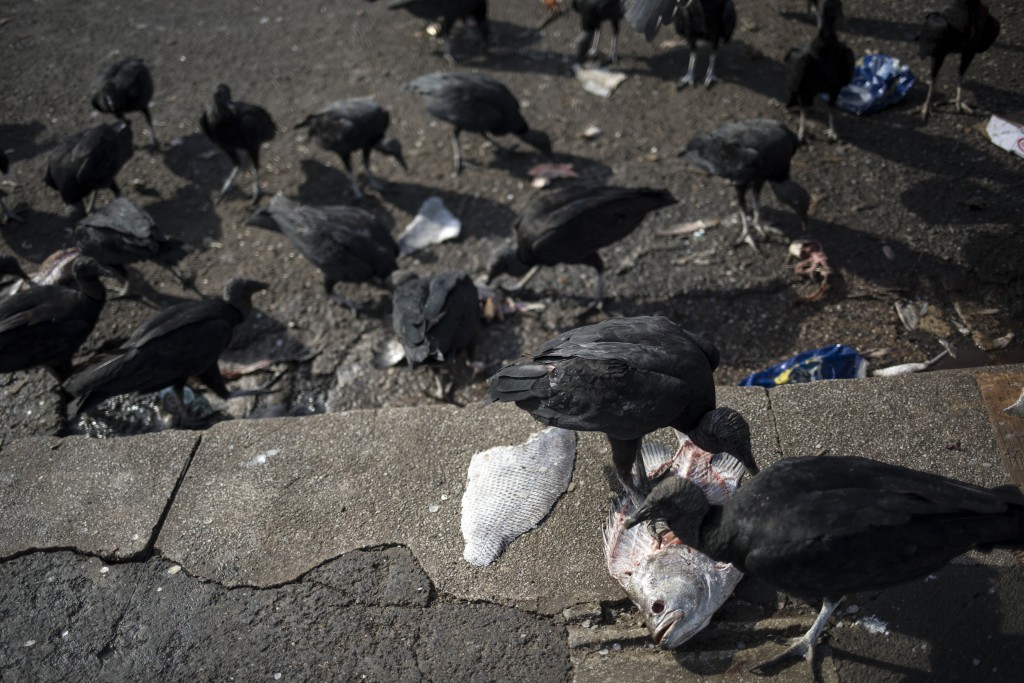 BELEM, Brazil (AP) — Exotic Amazonian fruits, medicinal tonics with natural ingredients from the rainforest that claim to cure it all and freshwater fish served fried with a side of thick, deep purple acai juice.

Bands huddled in a circle that sing, tap on tambourines and bang drums to the rhythm of Samba. And the impromptu dancing fueled by plenty of Brazil's cachaca sugarcane liquor — some in bottles filled with jambú, the Amazonian herb that sparks a tingling, electric shock-like sensation to the tongue.

It's all here, at the noisy, crowded and always colorful Ver-o-Peso riverside market in the Brazilian port city of Belem. The open-air market is the icon of a city once known for the rubber trade, but that is now best known as the culinary capital of the Amazon.

It's also at the epicenter for the trade of the oily purple berry of the acai palm tree that is a staple of native Amazon cuisine and a hot item in global foodie world.

"Everything about the acai is good. It's the best fruit that we have on this Earth," said Walter Pinheiro Ribeiro, who has been selling the fruit for 25 years in the port. Some of the acai's fans say it is as an anti-aging elixir, combats cholesterol and even acts as an aphrodisiac.

Abroad, acai is best known in its frozen pulp form for juice and smoothies. But here, at the market, the local way is to eat it like a soup.

It is often sprinkled with toasted manioc flour and served alongside fried Amazonian river fish like dourada or the giant piracucu, which can grow as long as 10 feet (three meters) and weigh more than 400 pounds (180 kilograms).

"The secret here is love — that's the best seasoning," said Osvaldina da Silva Ferreira, who has been cooking at her "Dona Osvaldina" fish stand at the market for 48 years. On a recent day, she served a meal of large shrimp with garlic and a fried fillet of piracucu with a side of beans and acai.

"The Amazon is richness," she said proudly about the river and the rainforest. "Anything you want, you'll find it here."

The stands at the Ver-O-Peso sell maracas with feathers made by the indigenous peoples of the Amazon, ceramics and handcrafts made with coconut shells. Roosters crow, parrots sing and ducks quack non-stop in their cages. Pigeons eat leftover seeds, and vultures circle around trying to pick on leftover fish at the docks.

Replicas of soccer jerseys from popular European and South American clubs hang from railings along hammocks. Other vendors break the outer shells from Brazil nuts with sharp machetes or offer salted codfish, straw hats and fresh fruits like the bright red pupunha and the delicious cupuacu that comes from the cacao plant family.

Ver-O-Peso (or See the Weight) at the Guajara Bay riverside was originally a tax collection center for goods from the Amazon paid to the Portuguese crown. It was later turned into the market that today includes docks, the acai fair, a meat market and a fish market made from imported iron plates.

"This market is the eighth wonder (of the world)," Roberto Da Silva Souza, who has been selling fish at the market for 50 years, said about the building. "If you observe closely, you'll see that this old structure was done with a lot of wisdom and intelligence. Look at these pillars."

On this day, he is offering filhote and dourada. He said he often leaves home at around 1 a.m. so he get to the dock when the first boats come and take a close look at their catch to pick the best-quality fish for his stand.