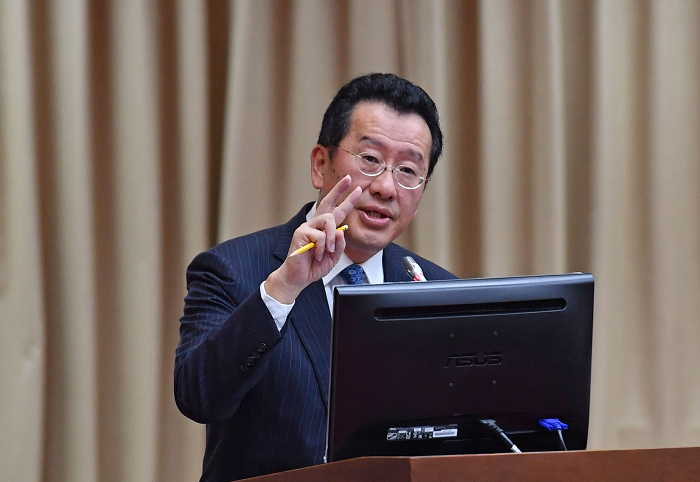 TAIPEI (Taiwan News) — On Monday (Oct. 14), the chair of the Executive Yuan’s Financial Supervisory Commission, Wellington Koo (顧立雄), issued a warning about the potential economic impact of the Hong Kong protests on Taiwan.

Koo noted that Taiwanese financial institutions have a combined exposure risk of almost NT$980 billion (US$32 billion) in Hong Kong assets. If the protests continue and Hong Kong’s situation deteriorates further, then the city's reputation among Taiwanese investors and traders as a capital hub could be ruined.

Responding to legislators' inquiries on Monday, Koo noted that many of Taiwan’s banks operate in Hong Kong and use the region as a capital dispatch center. Currently, the impact has been minimal, but as the situation grows more extreme, the financial risk will continue to increase, said Koo.

UDN reports that in the past four months, over US$4 billion in assets have been removed from Hong Kong due to financial uncertainty caused by the protests. Koo told legislators that many of those assets have been relocated to Singapore.

If the social and financial situation in Hong Kong continues to unravel, then more institutions will flee the territory, predicted Koo. He observed that, unfortunately, Taiwan is not as attractive as Hong Kong or Singapore as an alternative capital hub because of Taiwan’s higher tax burdens and lower proximity to English-speaking economies.