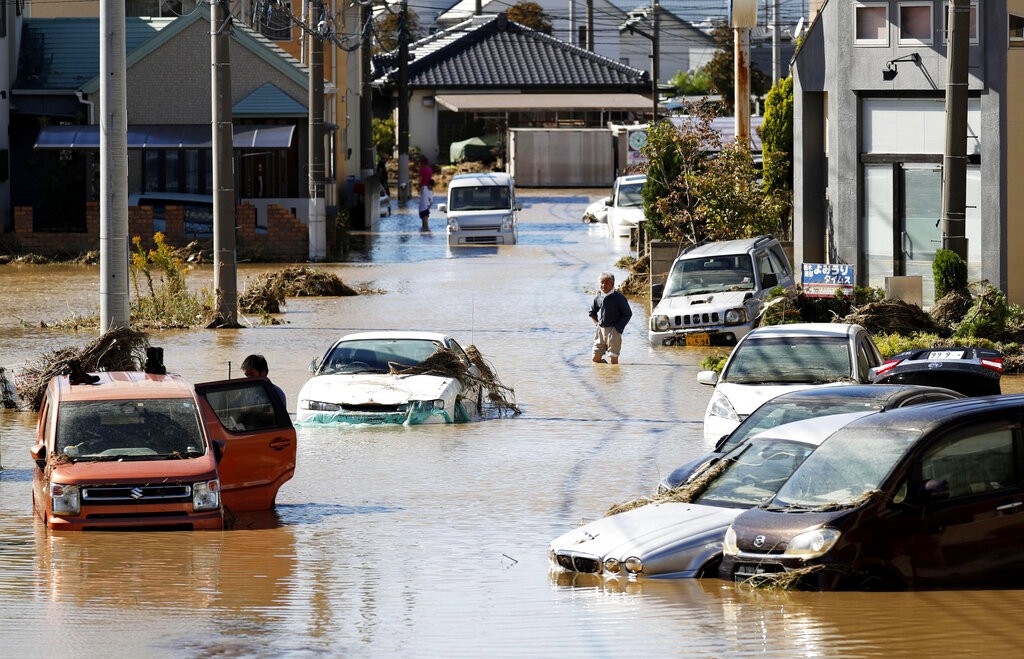 TAIPEI (Taiwan News) — President Tsai Ing-wen (蔡英文) has expressed her condolences to those who were affected by Typhoon Hagibis in Japan last week, saying that the Taiwanese government is ready to provide assistance.

“I would like to extend my heartfelt condolences to all those affected by the disaster,” said Tsai via Twitter on Sunday (Oct. 13). “Japan is our most important friend. We will always be ready for assistance,” she added. Typhoon Hagibis swept central and northern Japan last weekend, leaving at least 31 dead, 15 missing, and 186 injured, according to NHK on Monday. The typhoon was downgraded to a tropical storm on Sunday, but heavy rain is still forecast for Monday afternoon in the country’s central and northeast regions.

Japan’s Fire and Disaster Management Agency said on Sunday that 1,283 houses were flooded and another 517 were damaged either partially or entirely.

Authorities issued non-compulsory evacuation orders for more than six million people across Japan on Saturday. The typhoon, believed to be the strongest to hit the country in 60 years, brought record-breaking rainfall, leading to floods and landslides in many areas.

Taiwan’s Ministry of Foreign Affairs also expressed “sincere sympathy” for the Japanese people who suffered severe damage caused by the typhoon. The ministry said via Twitter on Monday that it has already conveyed its willingness to provide assistance to the Japan-Taiwan Exchange Association.