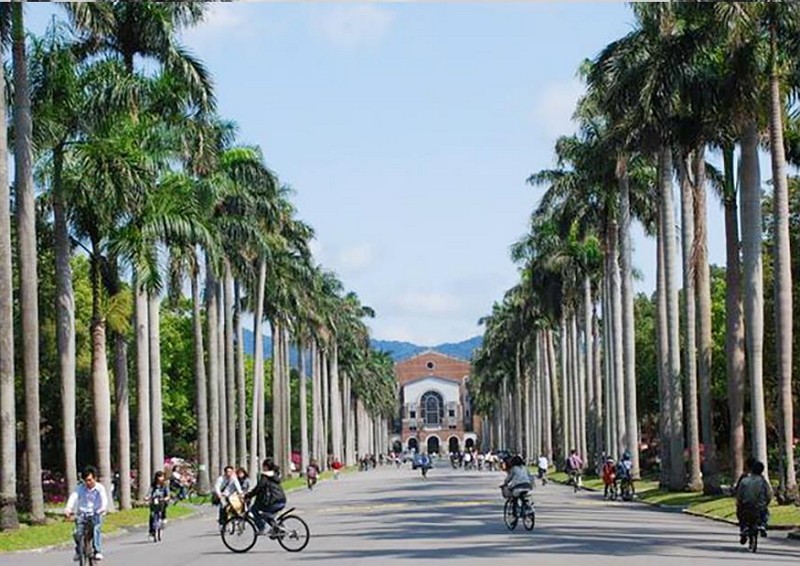 The U.S. Language Flagship Program Has Come to Taiwan

Relations between the United States and Taiwan have clearly never been better, but we tend to measure that progress only in terms of major events like higher-level U.S. visitors or a major arms sale. Meanwhile, quieter but in the long run equally important developments are often taking place which will also do much to strengthen ties between Taiwan and the United States. One that has largely gone unnoticed here in Taiwan is the U.S. decision to establish in Taiwan a Language Flagship program for improving the participating American students’ skills in Chinese. The program opened in early September with the arrival of 22 U.S. highly qualified undergraduate students on the National Taiwan University campus.

The Language Flagship is a unique innovation of the National Security Education Program (NSEP) funded by the U.S. Department of Defense. Flagship’s mandate is to develop advanced foreign language skills among young Americans who, according to NSEP, “will take their place among the next generation of global professionals, commanding a superior level of proficiency in one of ten languages critical to U.S. national security and economic competitiveness.” The overall goal is to “educate a citizenry prepared to address the nation’s well-being in the 21st century.”

The Language Flagship program began in 2002 as a small pilot project to encourage U.S. universities to build advanced language learning programs in Arabic, Chinese, Korean, and Russian. Flagship was initially designed to provide graduate students with professional proficiency in these hard languages. In 2006, Flagship expanded its reach to include undergraduates at all of its Flagship centers in U.S. universities.

The Language Flagship program has now grown to include 31 Flagship centers at 21 institutions of higher education in the United States and has added the study of Persian, Portuguese, and Turkish. In the case of Mandarin Chinese, there are currently 12 U.S. universities participating in the program. For each Flagship language, there is one foreign university hosting a “Capstone Year” overseas program where all of the domestic Flagship centers for that language send those exceptional students who qualify.

In the case of Chinese, the only Flagship centers abroad have been in the PRC, principally at Nanjing University. (There was previously another center which began in Tianjin in 2013, moved to Beijing in 2017, but was closed earlier this year.) The addition of Taipei means that Chinese is the only language for which two overseas Flagship centers are now available. This is because the Chinese language attracts the most Flagship students, and therefore can use another overseas center.

The Flagship program at the university level is unique in several respects. The students selected for this highly competitive program all receive financial support from The Language Flagship. Those who are qualified arrive overseas for their Capstone Year having already studied their chosen foreign language for at least three or four years, while also pursuing a major in another subject of study. Another unique aspect of the Taiwan Center's program is that all of its advisors and language instructors are trained, supervised, and paid by Flagship, rather than the overseas university where they are based.

Most important, the students during their stay overseas do not simply study the foreign language, but also enroll in a course related to their major area of study taught in the language they are working to improve. In the first semester Flagship students are also required to undertake a research project in their future professional area of concentration tied to whatever subject class the student is taking. In the second semester students must intern full-time for four months at a business, organization, or non-profit related to their majors, where the foreign language they are using is spoken. At the end of the Capstone Year, the students will have thereby also improved their foreign language proficiency in both academic and professional contexts.

Why is the Arrival of Flagship in Taiwan Significant?

There was a time when most Americans and nearly everyone else who wanted to learn or improve their Chinese came to Taiwan, including many well-known diplomats, academics, businesspeople, and politicians. It took some time after the establishment of official relations between the United States and China in 1972, the end of the Cultural Revolution in 1976, the aftermath of the Tiananmen massacre in 1989, and some years of “opening up” and development in China before Americans and others thought about studying Chinese in the PRC. Meanwhile, the U.S. State Department never closed and to this day continues to maintain its Foreign Service Institute Chinese-language school in Taiwan, first in Taichung and later in Taipei.

Until at least the 1990s therefore, an entire generation of U.S. and other nations’ China hands studied in Taiwan, principally first at the Mandarin Training Center (國語教學中心) established in 1956 at National Taiwan Normal University, or beginning later in 1963, a Mandarin language center established by Stanford University on the campus of National Taiwan University (NTU). It was then known as “The Stanford Center,” or after other U.S. universities helped finance and thereby became partners in the Center, also named the “Inter-University Program.” It was only in January 2006, that what had been formally called since 1997 the International Chinese Language Program, was finally incorporated into NTU as a university institute. In 1997 as well, in an indication of changing times, an offshoot of the Stanford Center was also established at Tsinghua University in Beijing.

The arrival of Flagship in Taiwan promises to help start reversing this trend, at least in Chinese-language learning. Most important from a political perspective, the introduction of more young Americans to Taiwan can only strengthen relations between our countries. In my experience and that of most foreigners I know who live here, as well as surveys of favorite countries for expatriates in which Taiwan always ranks among the very top choices, to know Taiwan is to love Taiwan. Moreover, many of the bright, talented and Chinese-speaking Flagship students who come here will make personal and other contacts and perhaps find future employment opportunities that bring them back. Given its continuing demographic trends, Taiwan can certainly use smart American professionals who speak Chinese.

Many people, like me, had previously wondered why there was no Flagship program in Taiwan, which embodies and exemplifies traditional Chinese culture and values far better than the PRC. It was, however, a Taiwanese-American professor, Dr. Chao Der-lin (趙德麟), Director of Chinese Studies at Hunter College in New York, who took the initiative to bring Flagship to Taiwan, and who now also serves as the Director of the Chinese Flagship at Hunter College and as the administrator of the Flagship Taiwan Center. She told me that as she approached retirement, establishing Flagship in Taiwan was a way of giving something back to her country of birth. Thanks to her unflagging dedication, persistence, and hard work, we now have a Flagship Center in Taiwan.

I have met the 22 Flagship students currently in Taiwan and they are indeed impressive. The Taiwan Center expects ten more students to join the program in the spring semester. (This smaller number is understandable because the academic year usually runs from fall to spring.) Some 50 to 60 Flagship students, however, have gone to China every year, and more U.S. Flagships programs are expected to be established in the United States after the ongoing 2020-2024 round of competition for new grants. Each competing program aims to have 60 students and to send 10 or more of its best students each year to Capstone. They are planning to award 8 to14 programs, so the total annual Capstone enrollment would be 80 to 140.

Flagship Taiwan Center therefore expects more Chinese-language students will be in the pipeline, and that the numbers here will continue to rise. Professor Chao has been advised to prepare for a program with a capacity for 100 students by the end of the third year. She expects between 40 and 50 students beginning in the Fall of 2020, and by Fall of 2021, the number could rise to between 70 and 80 students. The Nanjing Center has a limited capacity, so as more students enroll in the domestic Chinese Flagship programs, more Capstone students will come to Taiwan.

Flagship’s Future in the PRC Could Be Limited

Although this U.S. legislation did not affect funding for Flagship Centers in China, it seems to be having a knock-on effect for U.S universities with Flagship programs. In explaining the closing of its Confucius Institute, the University of Oregon explained that the decision was “necessary in order to protect the funding [some US$343,000] for the Chinese Flagship program.”

It is therefore possible that in the future Congress could focus attention on Flagship Nanjing. After all, the overseas Flagship program for Russian is notably not located in Russia, but instead at Al-Farabi Kazakh National University in Kazakhstan. The logic behind that decision could in the future also be applied to U.S. Government funding for studying Chinese in the PRC.

Consistent with the overall improvement in U.S.-Taiwan relations, the prospects for the Flagship Taiwan Center are very bright indeed, and Flagship can only contribute to the further strengthening of our relations.

National Yang Ming University appointed William A. Stanton as Vice President on August 16, 2019. He previously served from August 2017 to July 2019 as a Professor at the Center for General Education at National Taiwan University. Dr. Stanton earlier worked for four years as the George K.C. Yeh Distinguished Chair Professor and founding director of the Center for Asia Policy at National Tsing Hua University (NTHU). From October 2014 through January 2016, he was also NTHU’s Senior Vice President for Global Affairs. Dr. Stanton previously served for 34 years as a U.S. diplomat. His final posting was as director of the American Institute in Taiwan (2009-2012). 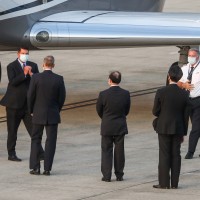 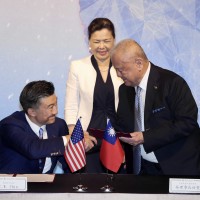