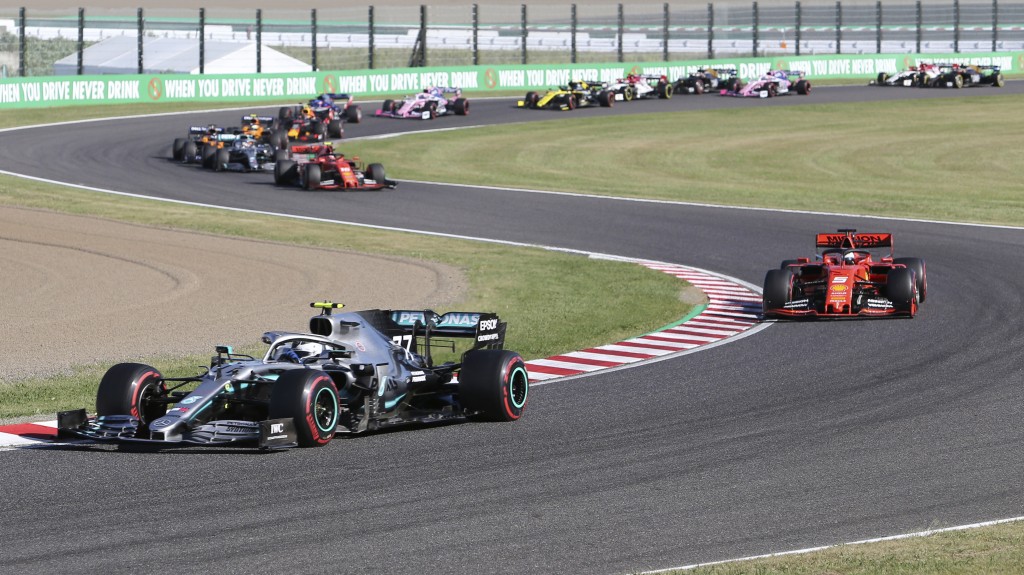 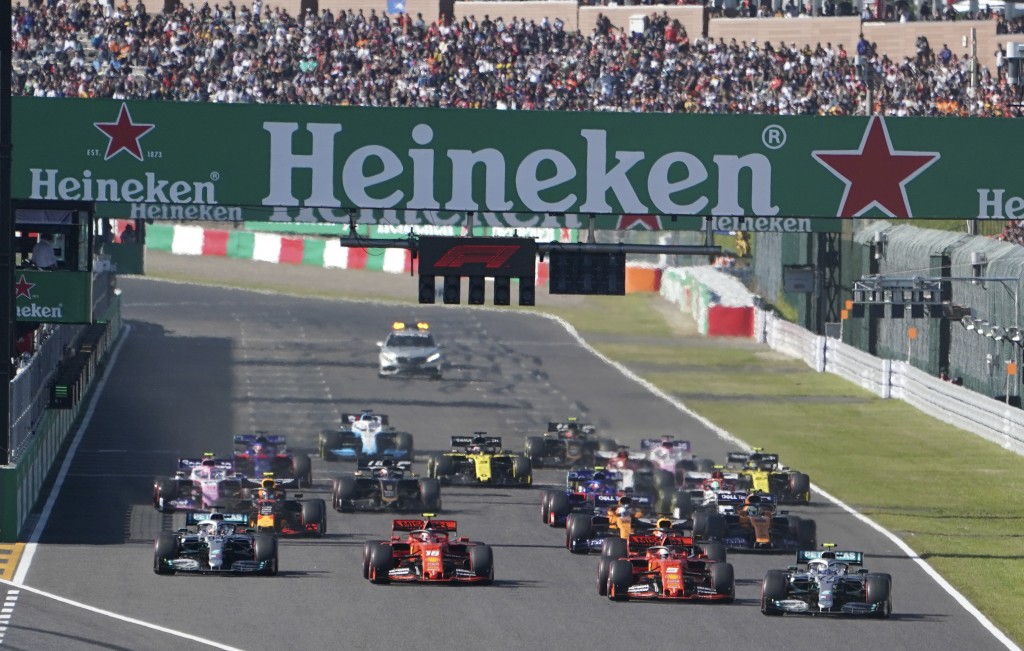 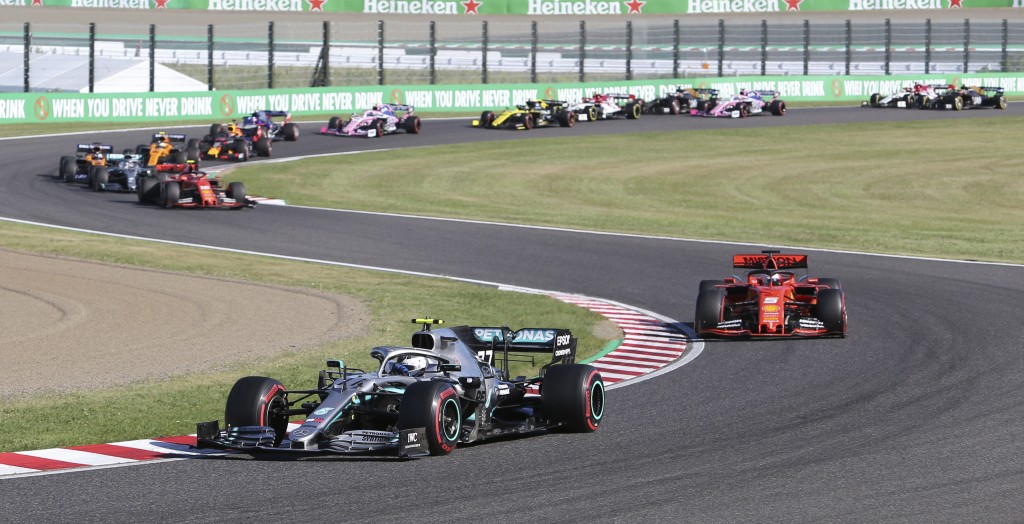 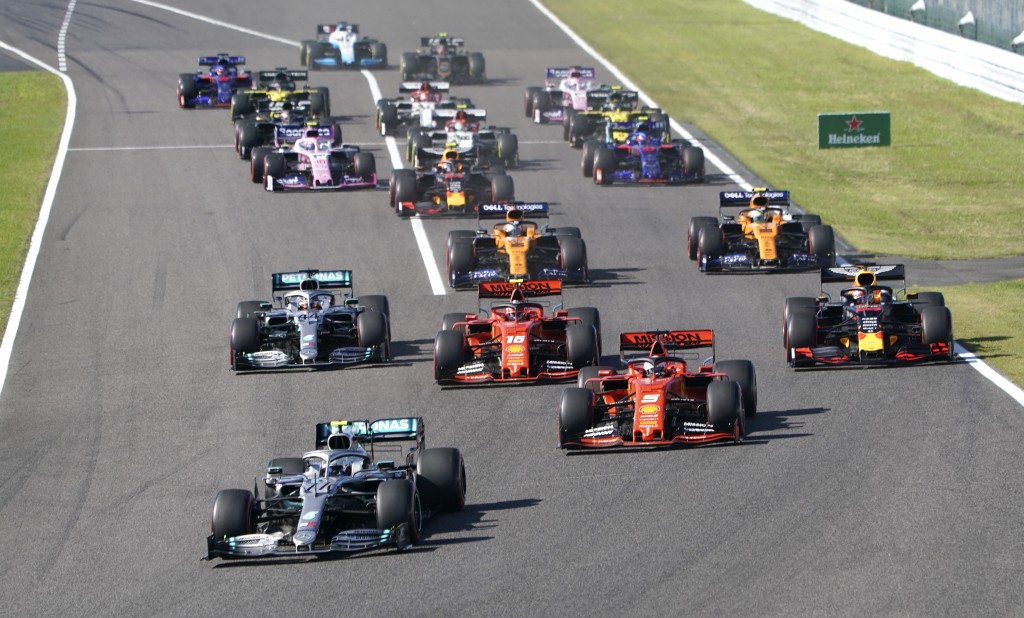 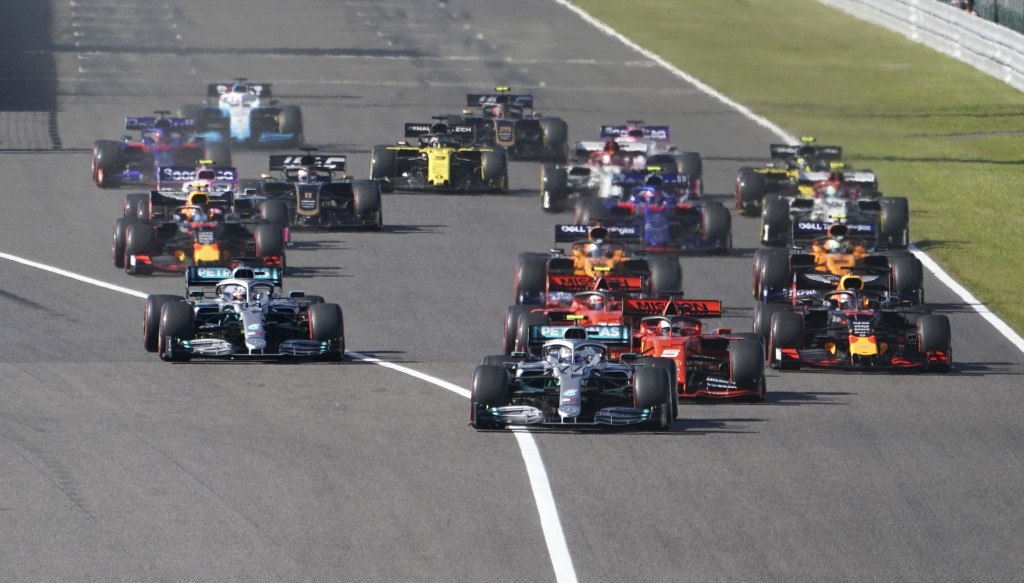 SUZUKA, Japan (AP) — Mercedes driver Valtteri Bottas surged into the lead at the start and held on to win the typhoon-hit Japanese Grand Prix on Sunday for his third Formula One victory of the season and first since April.

Bottas, who started third on the grid, pulled ahead of Ferrari drivers Sebastian Vettel and Charles Leclerc almost immediately and then used an effective two-stop pit strategy to finish 11.376 seconds ahead of Vettel. Bottas' teammate and championship leader Lewis Hamilton was third.

"Starting third is never easy here but there's no point giving up," Bottas said. "I had a really nice car and Sebastian had an issue, so it was good to get the lead. Really proud of the team, sixth title in a row is so impressive."

With Bottas holding a comfortable lead over the closing laps at the Suzuka Circuit, there was a fierce battle for second place between Vettel and Hamilton.

Hamilton made a desperate attempt to pass Vettel over the final two laps but was unable to pull ahead. But the podium finishes for Bottas and Hamilton ensured Mercedes won their sixth-consecutive constructors' championship.

Vettel started from pole position but got off to a bad start. Race stewards investigated Vettel over a potential jump-start but ruled that he didn't.

"The lights were on but it was my mistake," Vettel said. "The Mercedes were difficult, they had more pace than us and Valtteri was flying."

There was contact between Leclerc and Red Bull driver Max Verstappen at Turn 2 and Verstappen was sent into a spin before being forced to retire early in the race.

Bottas pitted from the lead on the 18th lap to switch to medium tires as Hamilton took the lead for the first time.

With Hamilton on soft tires, Bottas had better pace on fresher tires when he returned. Hamilton made his first pit stop on lap 22 and Bottas retook the lead.

When he came back out, Hamilton was 20 seconds behind Bottas and questioned his team's tire strategy over the radio.

Bottas went in for his final pit stop on lap 37 and emerged into some traffic in second place behind Hamilton, who pitted with 10 laps remaining.

Bottas then held on for his first victory in Japan to slightly narrow Hamilton's commanding championship lead to 64 points with four races left.

Qualifying at Suzuka was also moved to Sunday morning as a result of bad weather in 2004 and 2010.