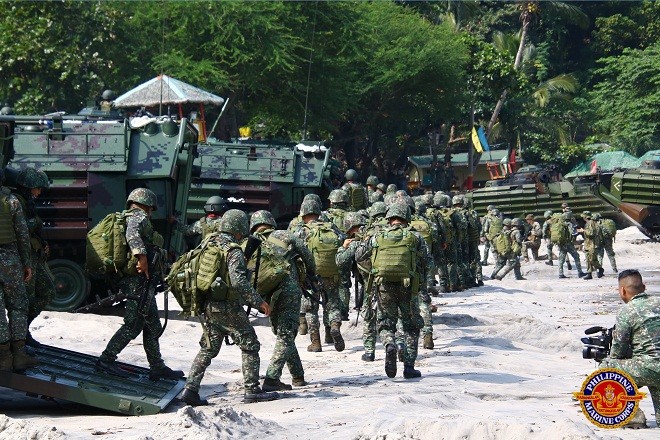 The Philippine Marine Corps successfully put their new amphibious assault vehicles (AAVs) to the test in the Kamandag 3 drills on Saturday. The beach landing exercise was reportedly the first of its kind to be incorporated in the history of the Kamandag exercises, which were first held in 2017.

The exercises, which began on Oct. 9 and will be completed on Oct. 18, are supervised by Brigadier General Ariel Caculitan, the deputy commandant of the Philippine Marine Corps, alongside Major General Paul Rock, the commander of the U.S. 3rd Marine Expeditionary Brigade, and Major General Shinichi Aoki, commander of Japan’s Amphibious Rapid Deployment Brigade. The Kamandag exercises, led by the Philippines, involve around 2,100 troops from the partner nations.

The public affairs chief of the Philippine Marines, Felix Serapio, stated the purpose of the exercises is to enhance troop readiness to respond to scenarios of “counter-terrorism, humanitarian assistance, disaster relief operations and territorial defense,” reports the Manila Bulletin.

“The landing is the culmination of the amphibious combined interoperability training between the three amphibious forces, as this further develops the capabilities of our Marines in conducting similar operations.”

The Armed Forces of the Philippines (AFP) have acquired eight new AAVs over the past four months, and Saturday’s exercises were the first time they were tested in simulated combat conditions. The U.S. and Japan troops both joined the beach landing exercises with four of their own AAVs, reports Rappler.