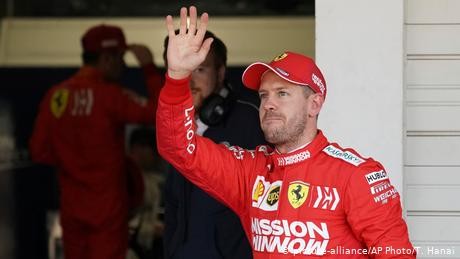 The race, previously under-threat from Typhoon Hagibis, will go ahead with the German starting from the front.

Vettel beat teammate Charles Leclerc, who will start second, while Finnish driver Valtteri Bottas came in third. His Mercedes teammate Lewis Hamilton, who currently leads the championship, will begin the race from fourth on the grid.

It was the second pole of the season for Vettel and his 57th overall as Ferrari dominated proceedings at the windswept circuit.

The qualifying session was postponed from Saturday due to Hagibis, the worst typhoon to hit Japan in 60 years. The race is set to get underway at 2:10 p.m. local time (5:10 a.m. GMT).