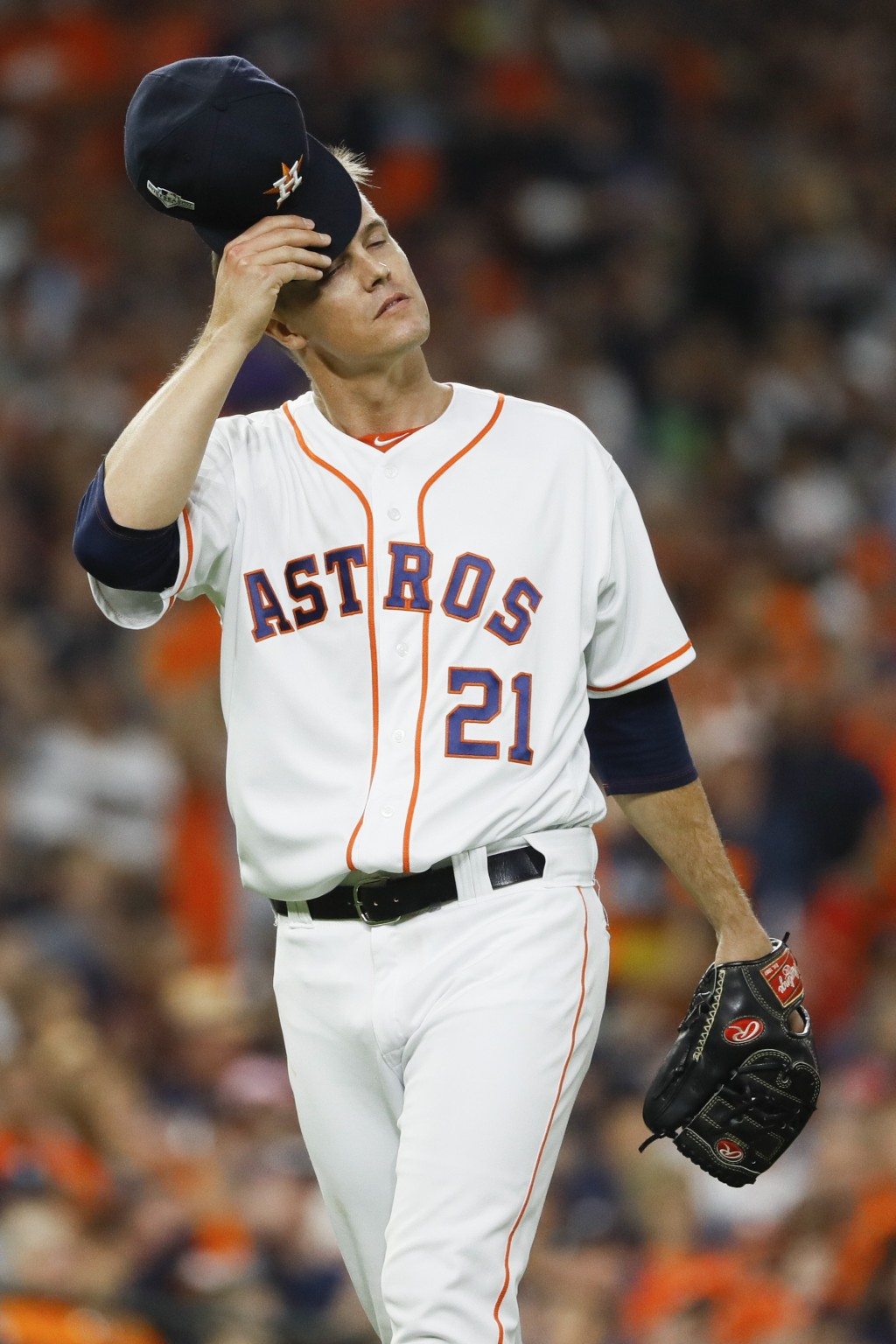 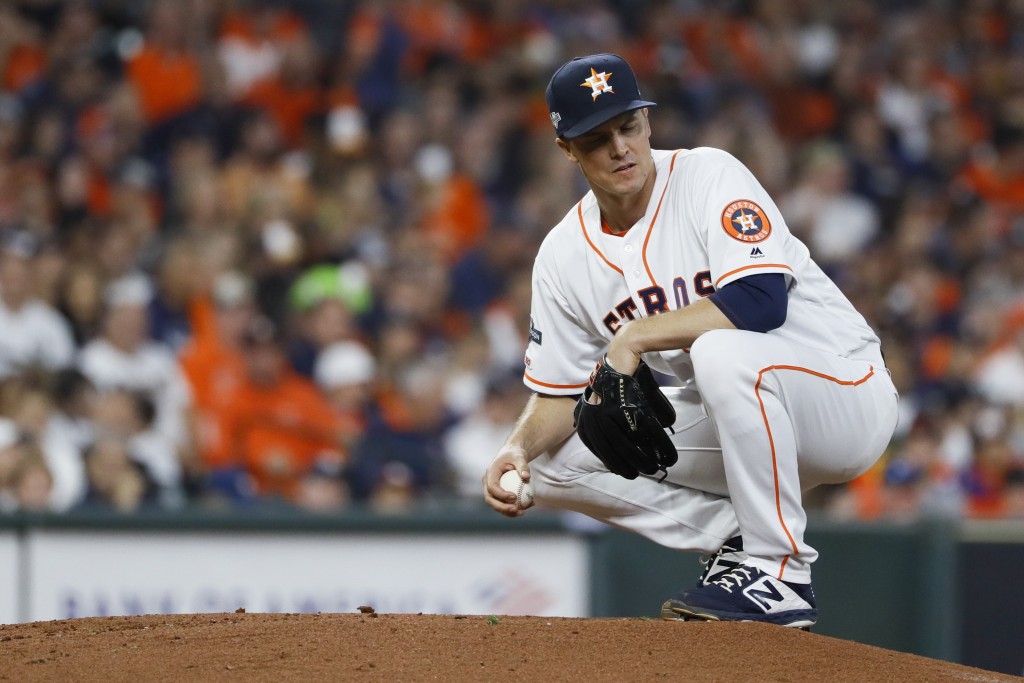 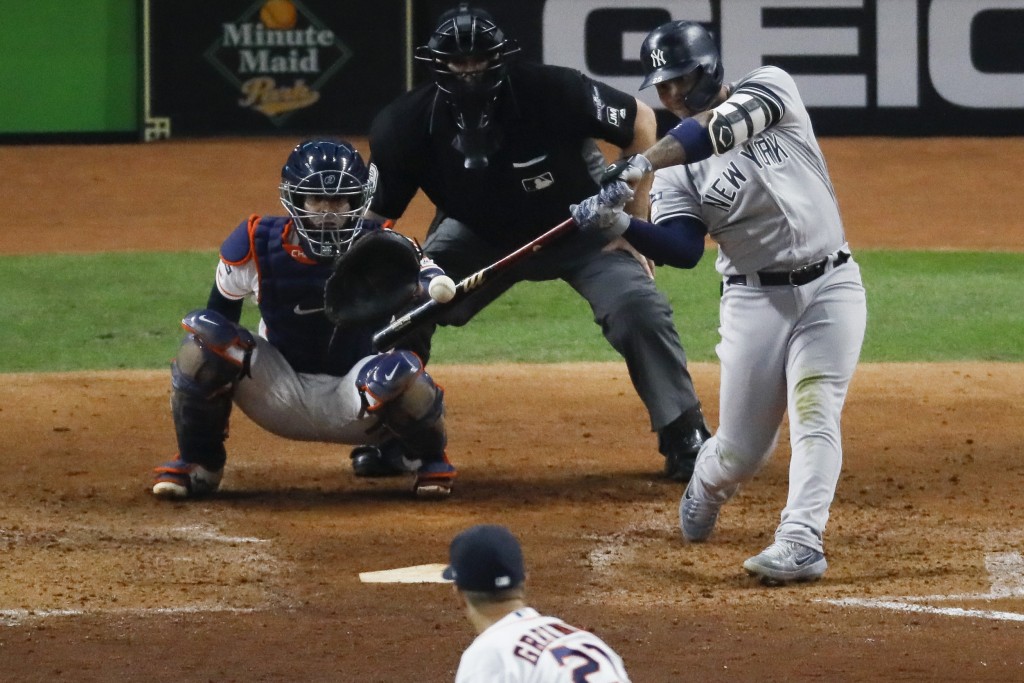 HOUSTON (AP) — Houston's added ace is still looking for his first playoff win with the Astros after getting taken deep again.

At least the Astros have two All-Star pitchers lined up next after the New York Yankees tagged Zack Greinke in the AL Championship Series opener.

Greinke allowed two home runs in a span of three batters in the sixth inning Saturday night, and the Yankees went on to a 7-0 win at Minute Maid Park — where they lost all four games in their last ALCS appearance two years ago.

After Verlander and Cole dominated the Tampa Bay Rays in the first two games of the AL Division Series, it was Greinke's turn in the postseason. He allowed three homers and six runs in 3 2/3 innings of a 10-3 loss to the Rays.

That prompted manager AJ Hinch to try to close out that series with Verlander on short rest in Game 4. When that didn't work, Cole had to pitch the decisive Game 5 against Tampa Bay only two nights before the ALCS started against the rested Yankees.

Verlander will be on regular rest for Game 2 on Sunday night. He also pitched the second game of the 2017 ALCS against the Yankees, a 124-pitch complete game when the Astros scored in the bottom of the ninth for their second consecutive 2-1 win to start that series.

Cole will go in Game 3 at New York on Tuesday night.

Greinke has allowed five homers and nine runs over 9 2/3 innings in his two playoff starts for the Astros, and his ERA in 13 career postseason starts remains at 4.58 — more than a run higher than his regular season mark. That was after going 8-1 with a 3.02 ERA in his 10 starts for them in the regular season, with only six homers allowed in 62 2/3 innings.

The Astros traded four prospects to get Greinke on the same day he made his last start for the Arizona Diamondbacks, at Yankee Stadium in a game Masahiro Tanaka started for New York. Both got no-decisions in that game, a 7-5 win by the Yankees in which Greinke struck out seven and allowed two runs over five innings. Greinke was in the visiting clubhouse after the rain-shortened outing when he learned he'd be dealt.

Tanaka was also on the mound Saturday night, benefiting from two double plays to face the minimum 18 batters through his six innings. He allowed only a single and a leadoff walk in the fifth to Alex Bregman, who slipped trying to get back to first and got doubled up on a strong throw by Aaron Judge after his running catch in the right-center gap.

Greinke allowed three runs and seven hits over six innings. He struck out six without a walk.

The Astros suffered their first home shutout loss since June 27 and ended a streak of 30 consecutive games with a home run. They had homered in their first five playoff games after going deep in the last 25 games of the regular season, in the same year that the Yankees set a major league record by homering in 31 games in a row.