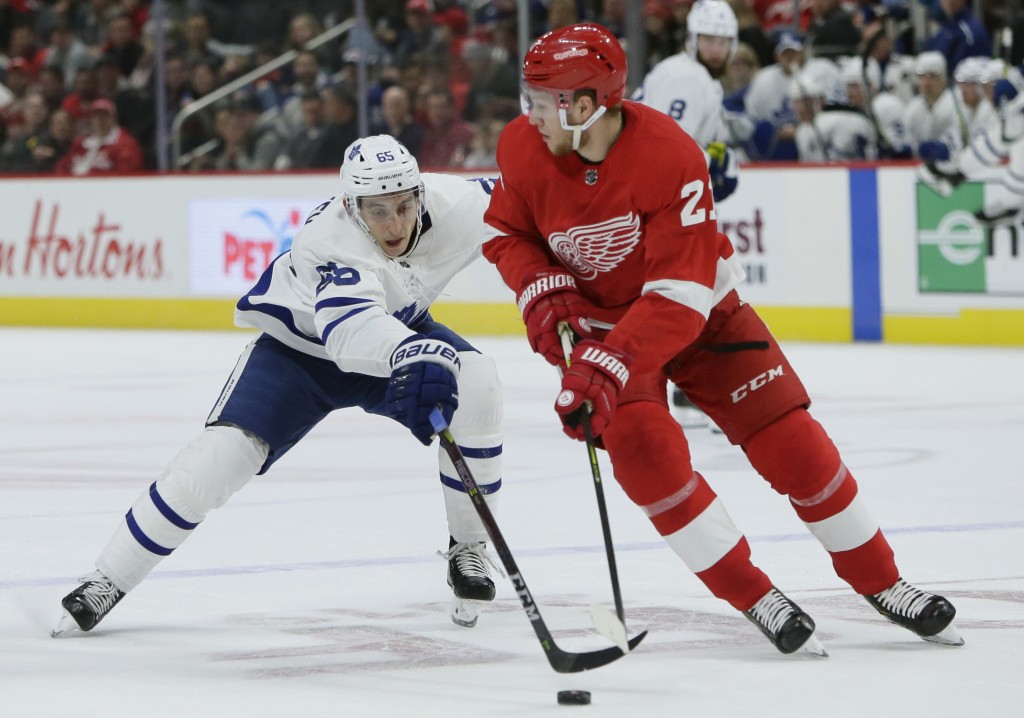 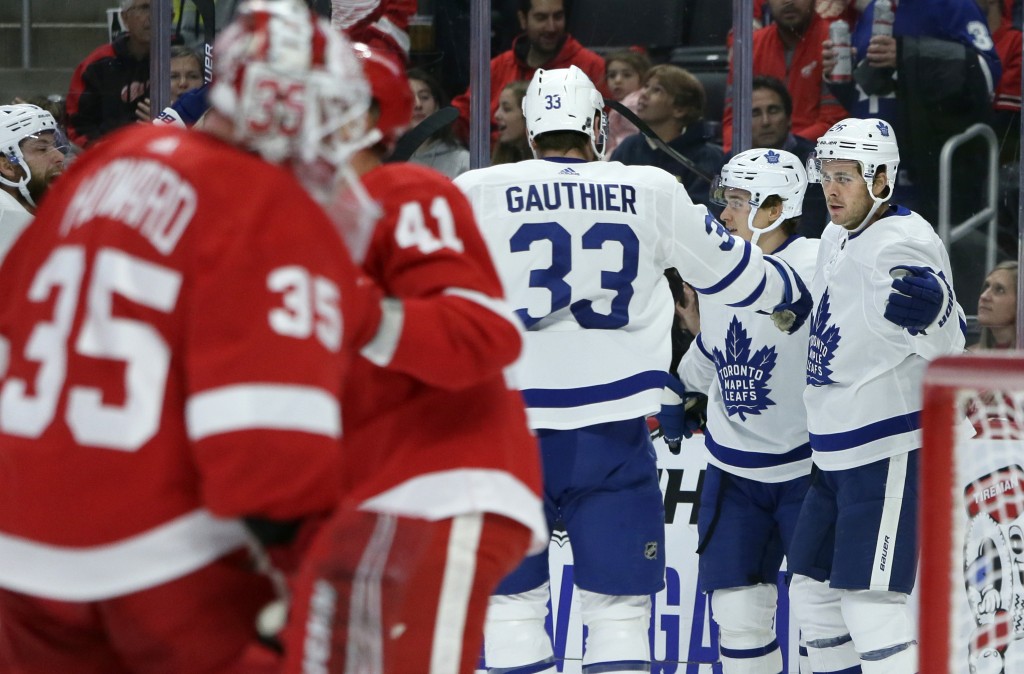 DETROIT (AP) — Ilya Mikheyev scored in the final minute of the second period when goalie Jimmy Howard's gamble backfired, and the Toronto Maple Leafs went on to beat the Detroit Red Wings 5-2 on Saturday night, snapping a three-game losing streak.

With the game tied at 1, Toronto's Kasperi Kapanen flipped the puck up the ice, and Mikheyev appeared to have a step on Detroit defenseman Madison Bowey as the two chased it. Howard came well out of his net, hoping to beat Mikheyev to the puck, but the rookie forward got there first, stickhandled to his left and shot into the empty net with 29.5 seconds left in the period.

Toronto's Auston Matthews and Detroit's Anthony Mantha, who entered the night with six goals apiece, were both held without a point, although Mantha had a partial breakaway stopped by goalie Frederik Andersen in the second.

Fresh off a 7-3 loss to Tampa Bay two days earlier, the Maple Leafs fell behind 1-0 when de la Rose capped a busy shift in the Toronto zone by knocking in a rebound while falling to the ice in front of the net. The Maple Leafs tied it when Dmytro Timashov won a battle for the puck behind the net and found Shore, who had plenty of time to beat Howard from in front.

Kerfoot put Toronto up 3-1 in the third, collecting a rebound that Howard left in his crease. Helm answered 24 seconds later, beating Andersen with a wrist shot from the slot. Muzzin put Toronto back up by two when he converted a nice cross-ice pass from Timashov with 6:26 remaining.

NOTES: Detroit's Justin Abdelkader had two assists, the first of which was his 250th career point.