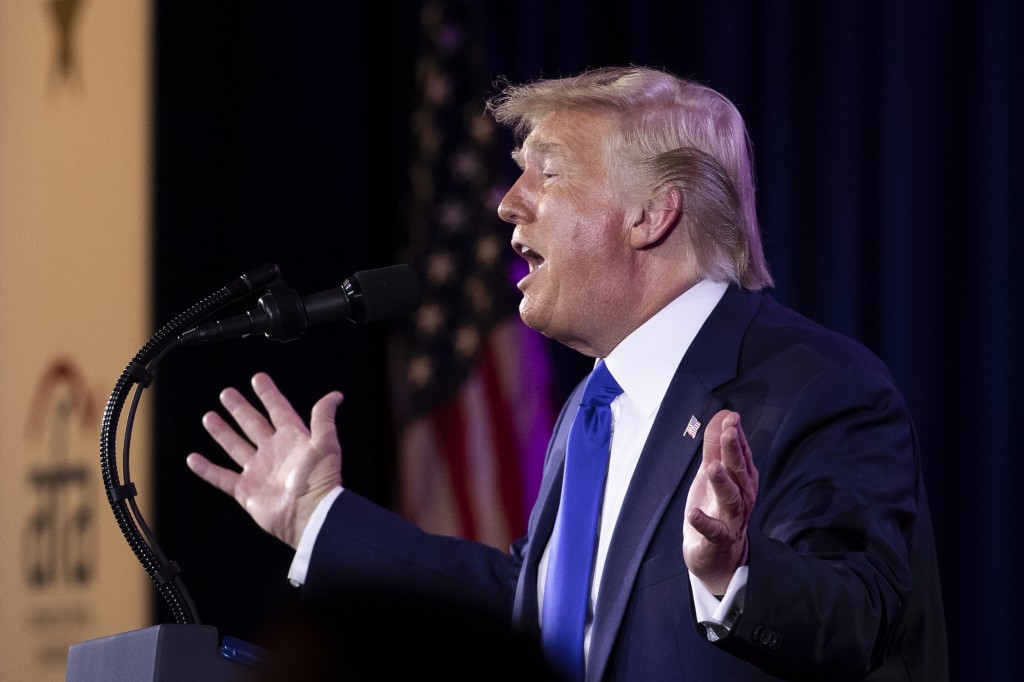 Trump's decision drew swift bipartisan criticism in the U.S. and abroad that he was endangering regional stability and risking the lives of Syrian Kurdish allies who helped the U.S. bring down the Islamic State group in Syria. But Turkey views those Kurdish fighters as terrorists and a threat to its security and has launched a military operation against them.

He sought to portray the Middle East as a hopeless cause, saying it's less safe, secure and stable despite American involvement "and they fight. That's what they do. They fight."