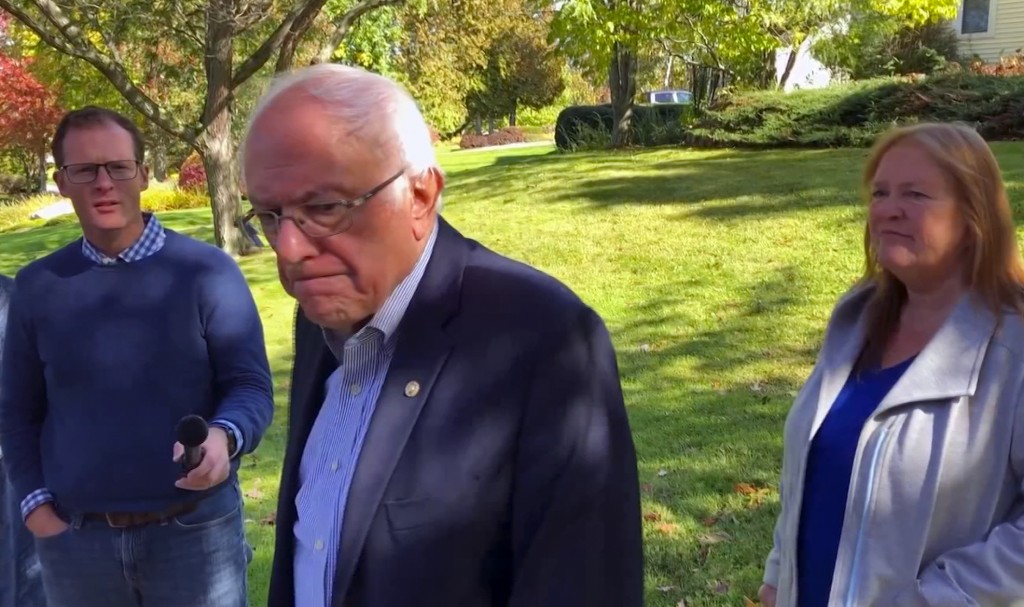 Sanders made the comment in an interview for ABC's "This Week," highlighting a difference with Warren, who has been rising steadily in the polls, and now shares the leading position with former Vice President Joe Biden. Sanders has been falling well behind both.

"Elizabeth, I think, as you know, has said that she is a capitalist through her bones. I'm not," he said in the interview airing Sunday.

In 2018, Warren was quoted as saying "I am a capitalist to my bones" during an event held by a New England business organization.

Sanders is trying to regain physical strength after a heart attack more than a week ago, which could make his efforts to catch up with the leaders tougher.

The self-described democratic socialist put up a surprisingly strong challenge to the party's eventual nominee Hillary Clinton in 2016 and has had a heavy influence on the Democratic issues debate this year.