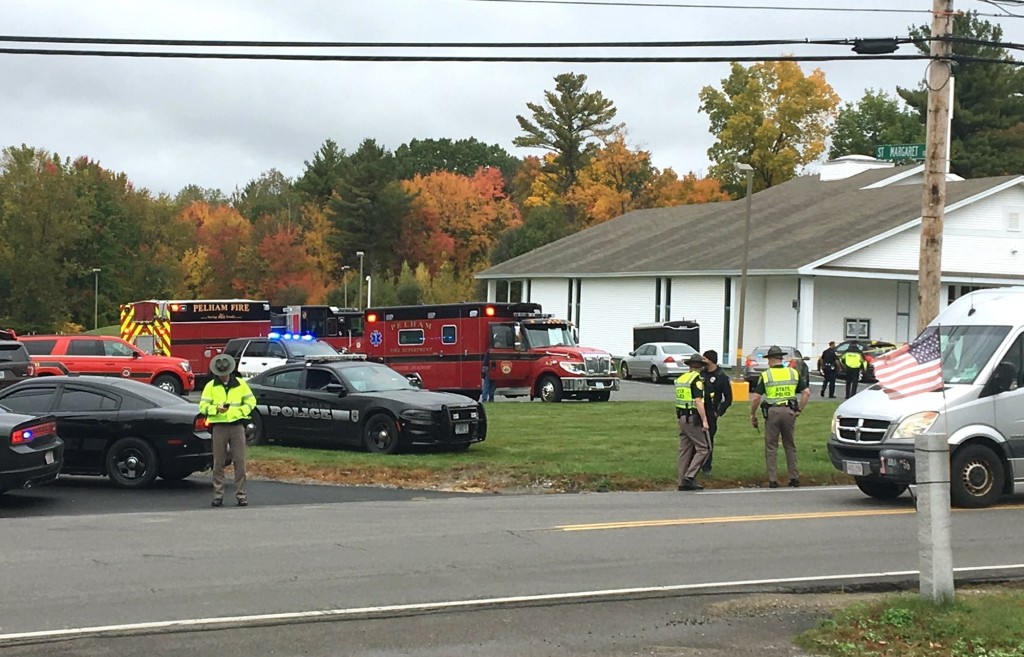 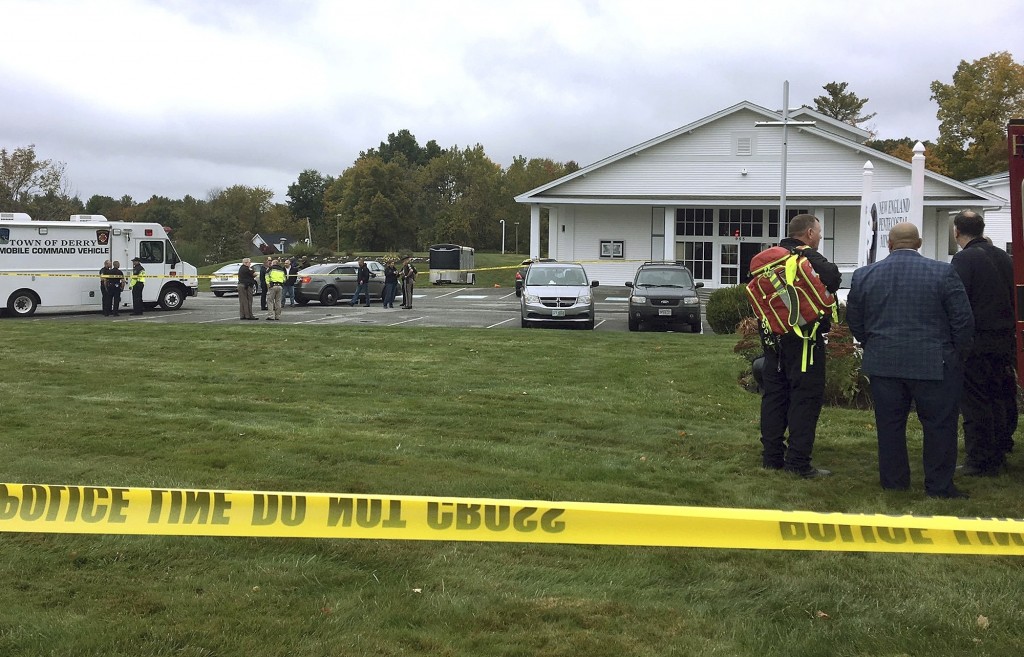 PELHAM, N.H. (AP) — The Latest on the shooting at a New Hampshire church (all times local):

The New Hampshire attorney general's office says a man has been charged in a shooting that took place during a wedding ceremony.

Thirty-seven-year-old Dale Holloway has been charged on Saturday with purposely and knowingly causing bodily injury by means of a deadly weapon for shooting 75-year-old Stanley Choate in the chest. A second person, Claire McMullen, 60, was shot in the arm. A third person, Mark Castiglione, 60, was struck in the head by the object. Choate, the presiding bishop at the wedding, is in serious condition at Tufts Medical Center in Boston while McMullen is in good condition at a local hospital. Castiglione was treated at a local hospital and released.

Holloway is expected to be arraigned Tuesday in Hillsborough County Superior Court. It was unclear if he is represented by an attorney.

Police say two people were shot during a wedding ceremony at a New Hampshire church before guests subdued the shooter until police arrived.

Roark says a man and a woman were shot. A third person suffered minor injuries while subduing the male suspect. Roark said the people in the church "tackled" him.

Roark would not provide additional details, although he said it was "not a random shooting."

It's unknown if the two people shot were part of the wedding or there as guests. Police said the shooter arrived at the scene after the wedding began.

Police say they've responded to a shooting at a church in New Hampshire but no fatalities have been reported.

Authorities responded to the New England Pentecostal Church in Pelham around 10 a.m. Saturday.

Photos of the scene show ambulances, fire and police at the church.

The number of people injured is unknown. No other details were available.

A memorial service for Luis Garcia was set to be held at the church at noon. His obituary said he was a minister at the church. The 60-year-old was killed earlier this month. A man has been charged in his murder and is jailed.

Police in New Hampshire have responded to a church in Pelham for reports of a shooting.

WMUR-TV reports that Hillsborough County Attorney Michael Conlon said there were no fatalities and a suspect is in custody.

New Hampshire Gov. Chris Sununu said in a statement that state officials are at the church assisting first responders in the shooting investigation.

New Hampshire Attorney General's office spokeswoman Kate Spiner says the office is aware of the situation and is working in conjunction with the Hillsborough County Attorney.

Photos of the scene show ambulances, fire trucks and police cars at the church.