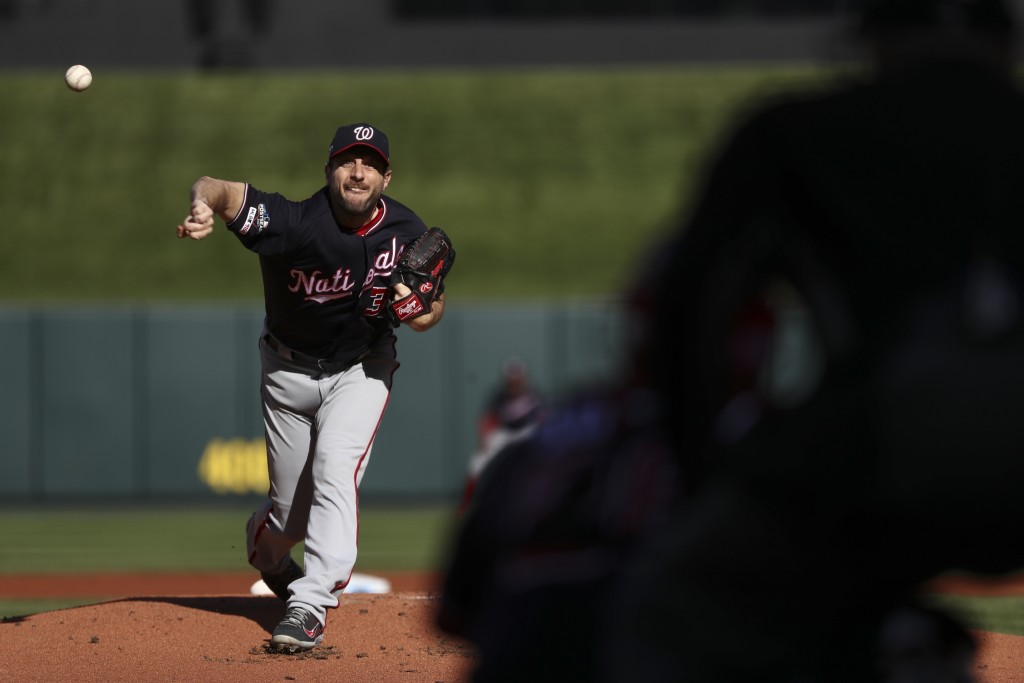 ST. LOUIS (AP) — Washington Nationals ace Max Scherzer has not allowed a hit through five innings in Game 2 of the NL Championship Series against the St. Louis Cardinals.

Scherzer issued a one-out walk to Kolten Wong in the first inning for St. Louis' only baserunner so far. The three-time Cy Young Award winner has struck out nine and thrown 78 pitches.

Washington won 2-0 in Game 1 behind Aníbal Sánchez, who allowed the Cardinals' only hit of the night with two out in the eighth inning.

Scherzer, a St. Louis native, has a record five career postseason no-hit bids of at least five innings, according to Elias Sports. He came closest to finishing in Game 3 of the 2017 NL Division Series, getting one out in the seventh inning before allowing a hit.

Sánchez and Scherzer also began the 2013 ALCS with consecutive no-hit bids of at least five innings for Detroit against Boston.

Washington leads 1-0 on Saturday on Michael A. Taylor's homer on Adam Wainwright's first pitch of the third inning.