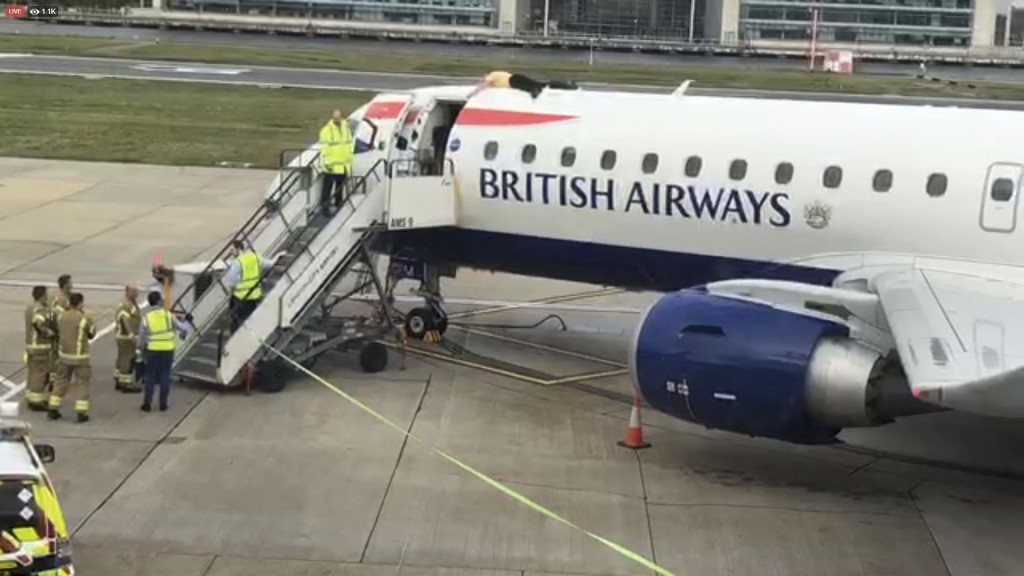 LONDON (AP) — A medal-winning Paralympian who allegedly glued himself to a British Airways plane at a London airport has denied causing a public nuisance as he sought to draw attention to global warming.

James Brown appeared Saturday at Westminster Magistrates Court, where his lawyer pleaded not guilty to the charge on his behalf.

Brown is accused of climbing on and sticking himself to the plane at London City Airport on Thursday.

The 55-year-old says he isn't "denying what I did, but I was compelled to do what I did because of my concerns for the future of my children."

A judge granted Brown conditional bail and prohibited him from going within a mile of any U.K. airport

Brown is visually impaired and won two gold medals in cycling while competing for Britain in the 1984 Summer Paralympics.