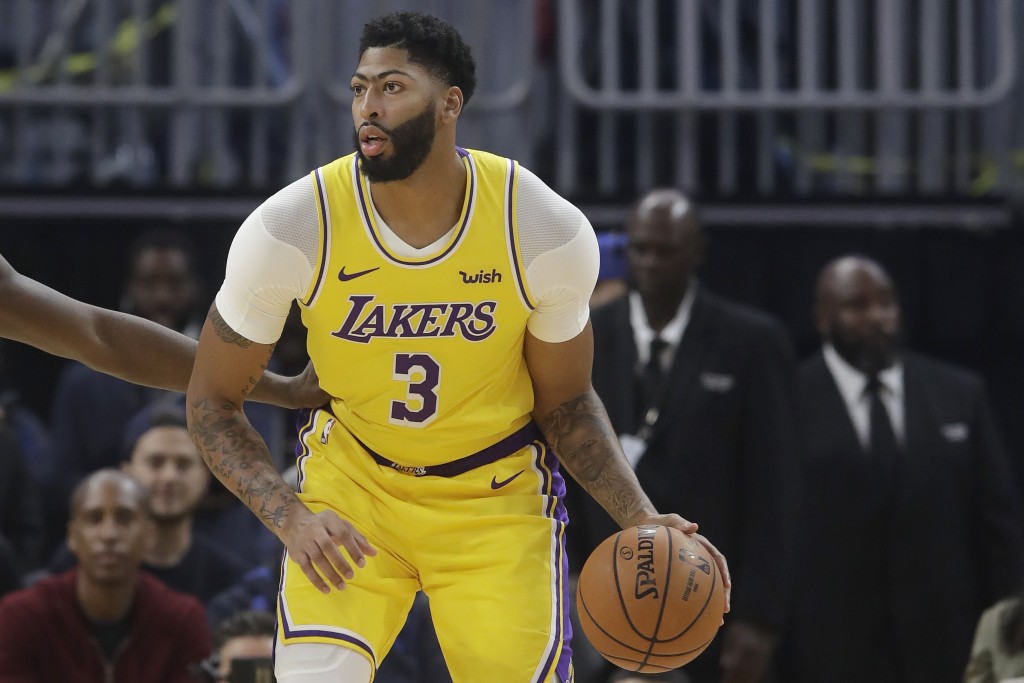 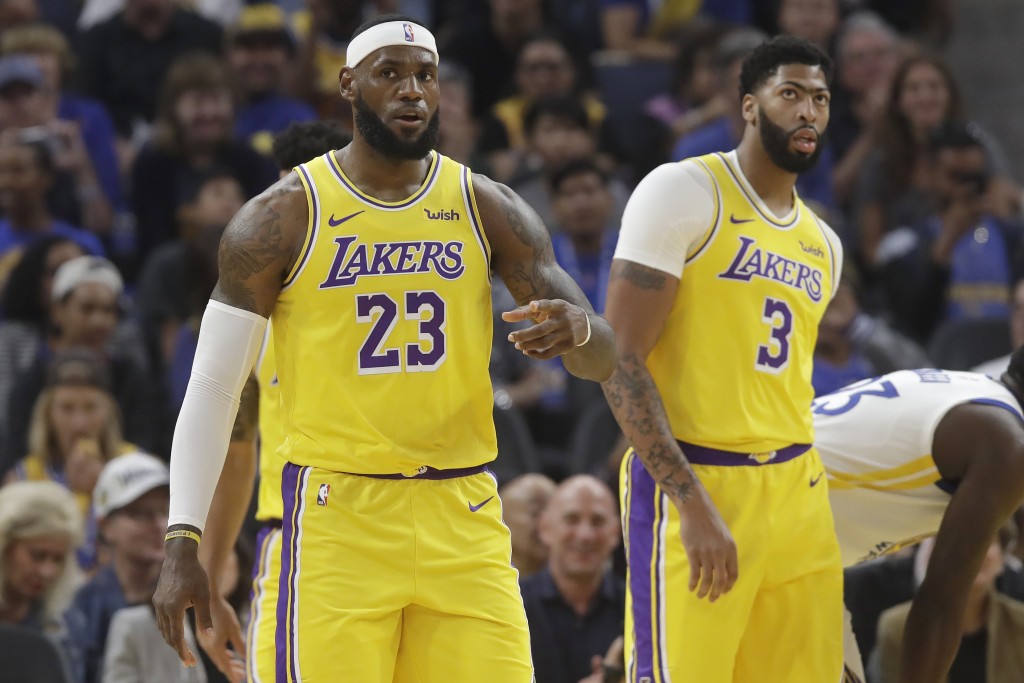 Anthony Davis and the Los Angeles Lakers did not get out of China unscathed.

Davis will have tests Sunday to determine the full severity of a right thumb injury, which the Lakers have initially diagnosed as a sprain. He got hurt in the first quarter of the Lakers' 91-77 loss to the Brooklyn Nets on Saturday at Shenzhen in the finale of the NBA China Games series.

Caris LeVert scored 22 points on 8 for 11 shooting for Brooklyn, which swept the two matchups between the clubs in China. Taurean Prince scored 14 for Brooklyn, and DeAndre Jordan grabbed 11 rebounds in 19 minutes.

The encouraging sign for the Lakers is that Davis — who has a history of being plagued by injuries throughout his career — continued to play for a few minutes after getting hurt while attempting to block a shot. He and LeBron James both shot 2 for 7 and scored six points apiece for the Lakers; James, like Davis, played the entire first quarter and then did not return to the game.

Brooklyn was without point guard Kyrie Irving, who played only 66 seconds on the two-game trip halfway around the world. Irving was out with what the Nets called a facial contusion; he played briefly Thursday with a mask to protect a facial fracture, then left after his face collided with Rajon Rondo's upper arm.

The game in China was one of only two on the NBA's preseason schedule Saturday. Later, Phoenix plays Portland.

It was the third preseason game for each team, and each team used a third different starting lineup.

For the Lakers, only James and Davis have started every preseason contest this season. LeVert is the only Nets player in the starting lineup for all three of their exhibitions.

Kostas Antetokounmpo, the brother of reigning NBA MVP Giannis Antetokounmpo of the Milwaukee Bucks, scored nine points for the Lakers.