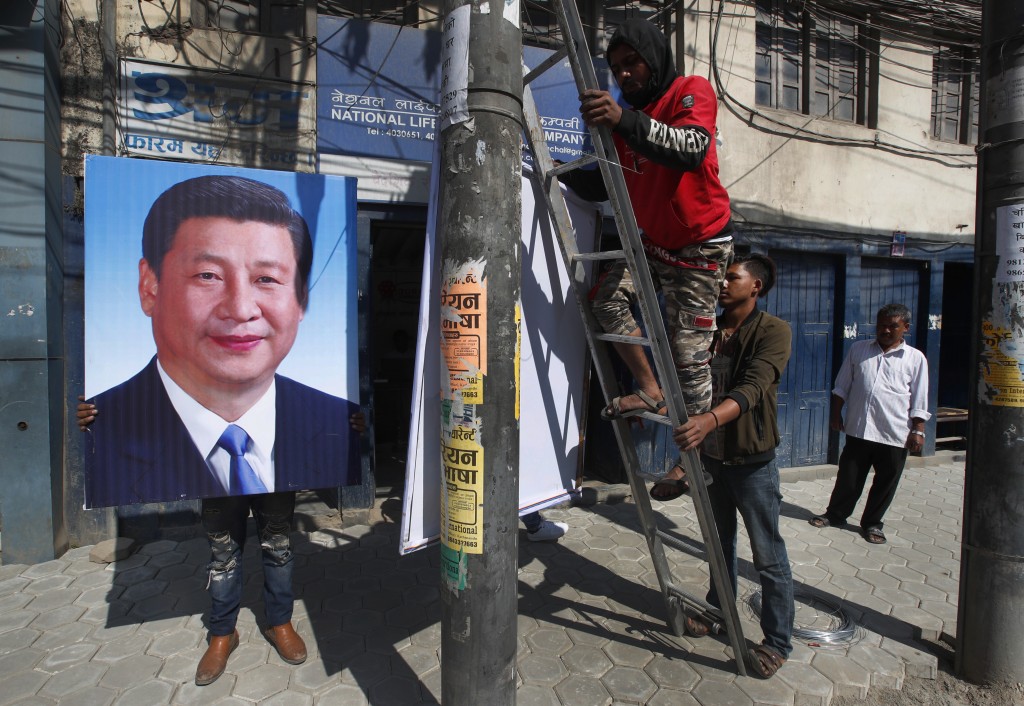 Narayan Kaji Shreshta, a spokesman for the ruling Nepal Communist Party, said trans-Himalayan connectivity and an extradition treaty will be high on the agenda during official talks on Sunday.

He said the countries are expected to sign a project report on constructing a rail link between Kathmandu and Keirung in Tibet.

Police have arrested 22 people, including some Tibetan refugee, since Friday to prevent any protests during Xi's visit.