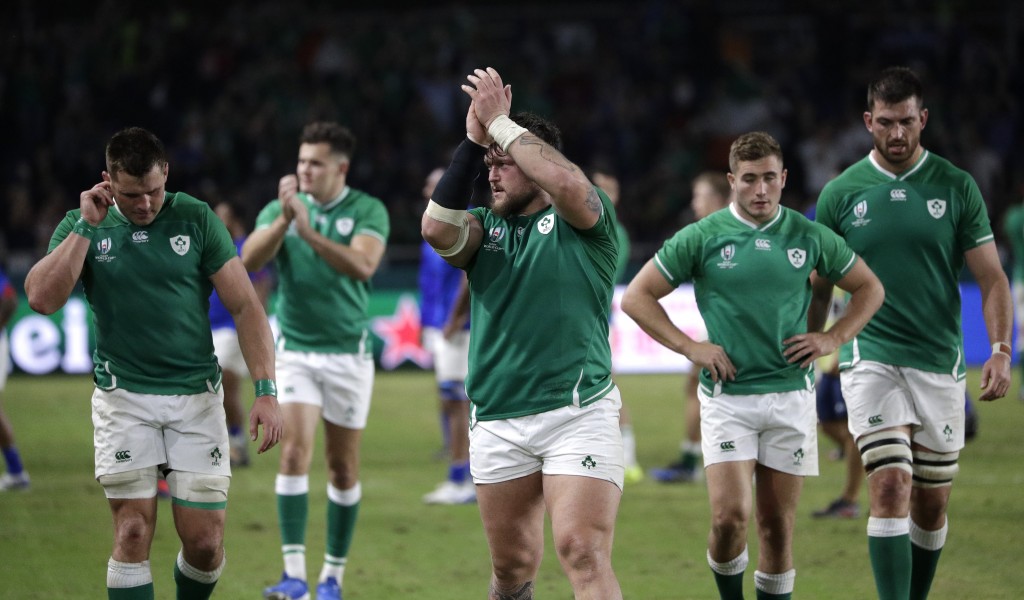 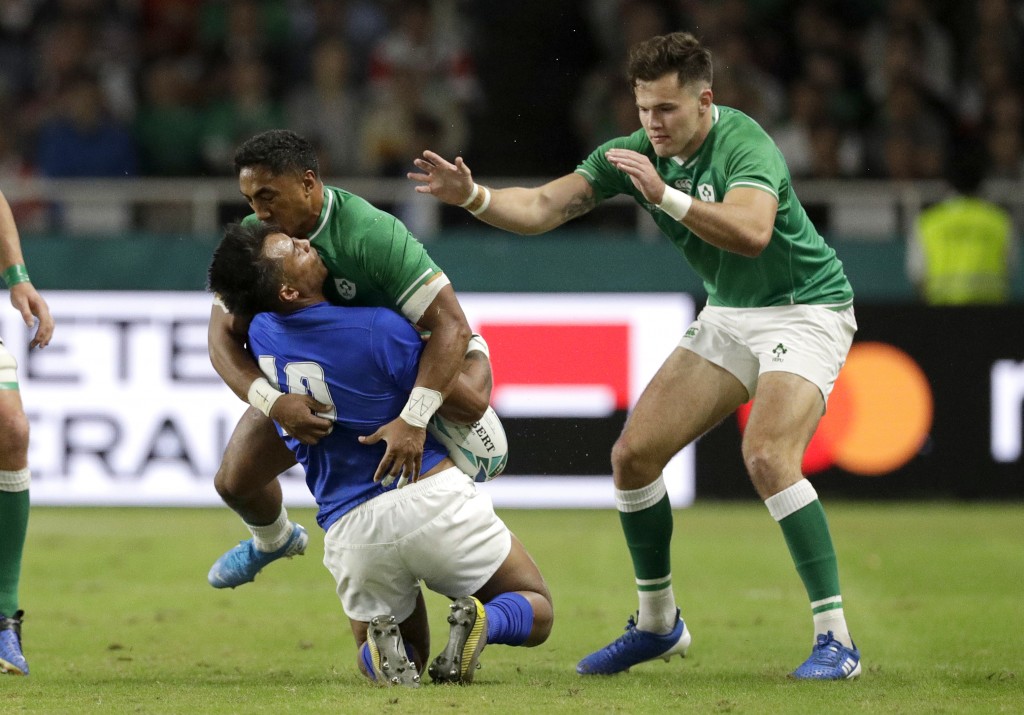 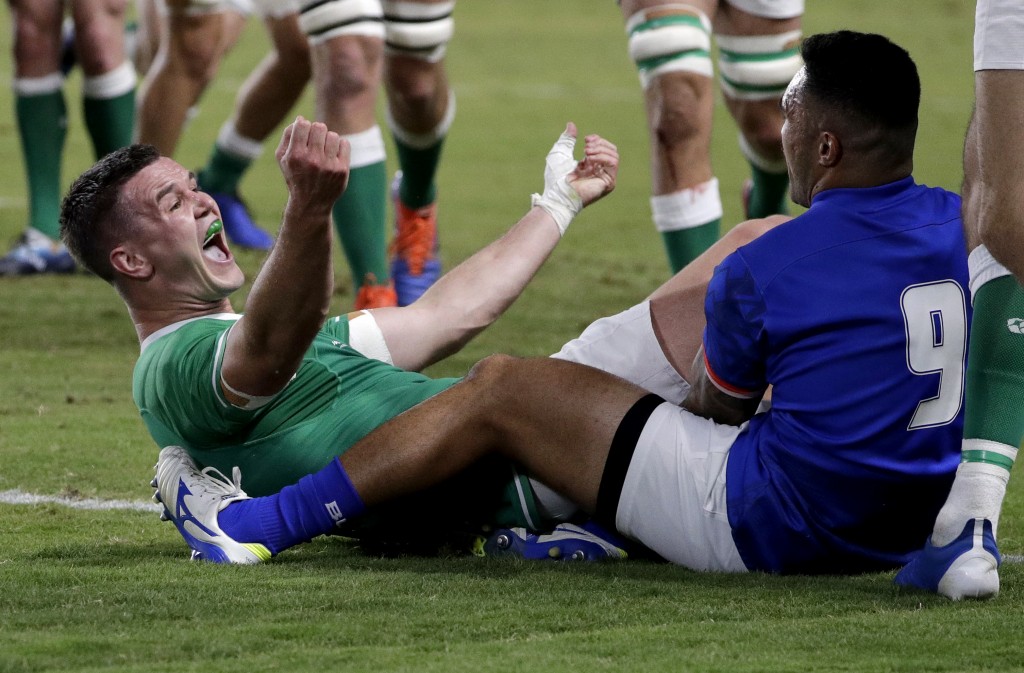 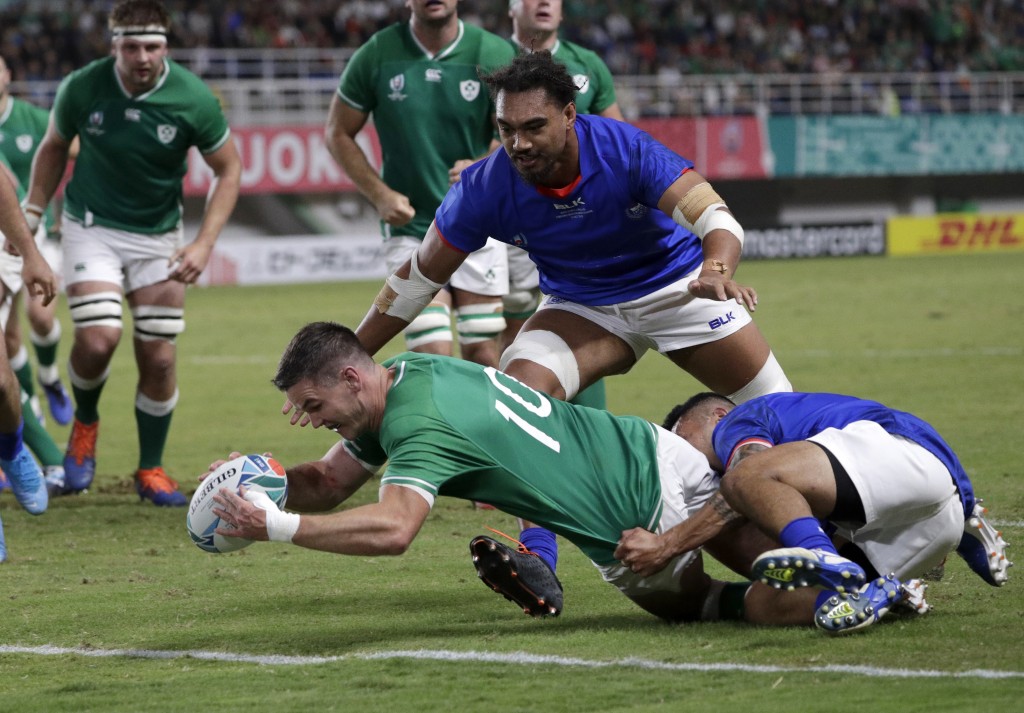 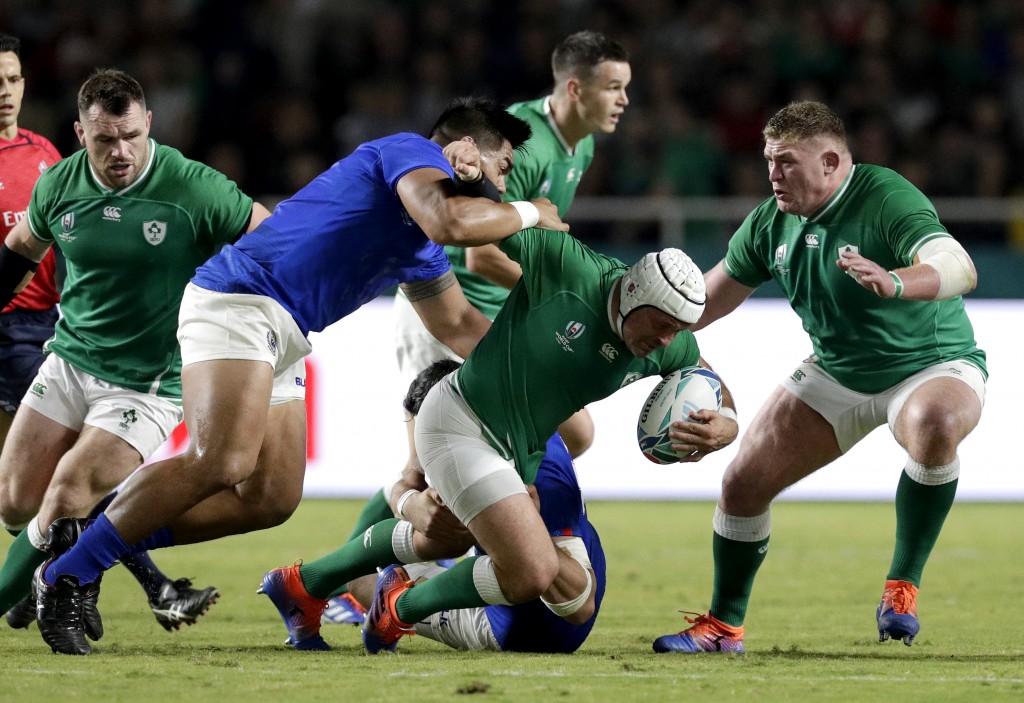 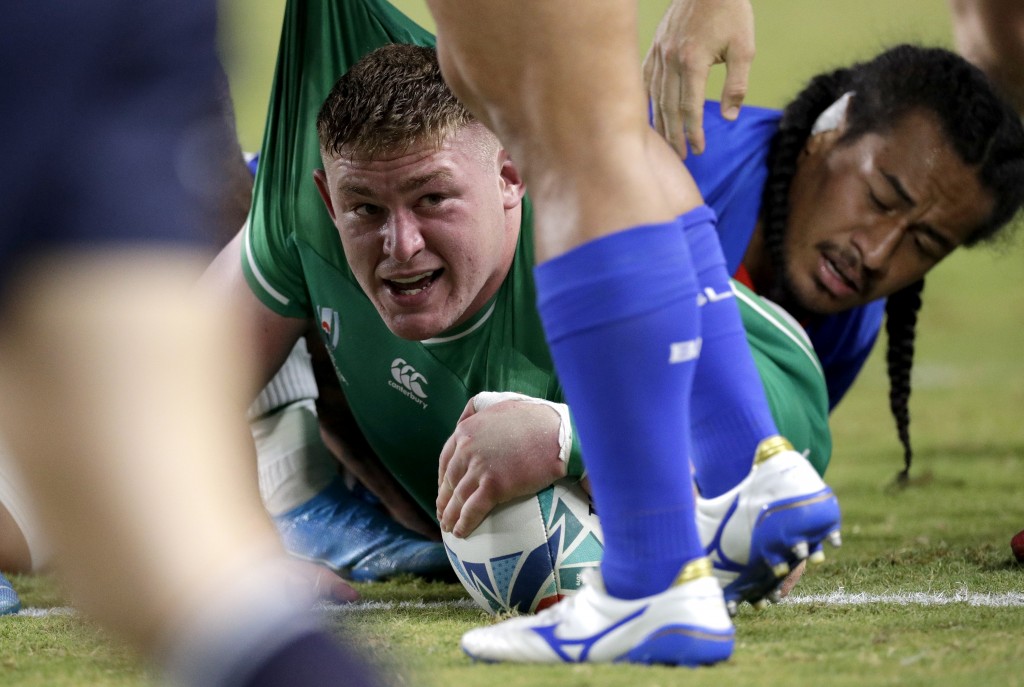 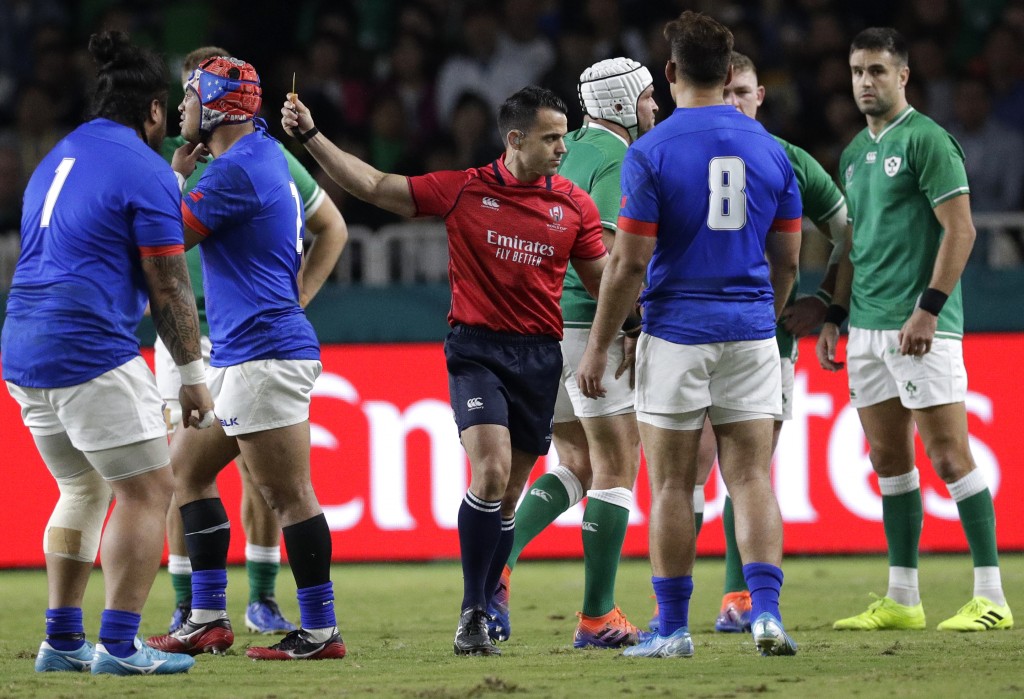 FUKUOKA, Japan (AP) — Ireland crushed Samoa 47-5 despite playing more than half the contest with 14 men on Saturday night to secure its spot Rugby World Cup quarterfinals.

Flyhalf Johnny Sexton scored two of Ireland's seven tries and finished with 18 points. Ireland moved atop Pool A with 16 points ahead of host Japan's game against Scotland on Sunday. Scotland needs to win that game to have any chance of progressing, but will have to wait until World Rugby assesses conditions in the wake of Typhoon Hagibis before knowing if the game will go ahead at Yokohama.

If the game is cancelled, it'll be logged as a 0-0 tie and both teams will be awarded two competition points, enough for Japan to qualify for the knockout stage for the first time.

The Irish needed to ensure it controlled its own quarterfinal prospects with a big win over the Samoans, and had wrapped up a bonus point by half time.

But they had to play more than 50 minutes with a player short after center Bundee Aki became the first Ireland player sent off at a World Cup.

Aki, who is of Samoan descent, was red carded in the 29th minute for a dangerous high tackle on Ulupano Seuteni, leading with his shoulder in the flyhalf's face.

It took the tournament tally for reds to a record-extending seven.

It made little difference to the contest, such was Ireland's domination in the forwards allied to the quick-thinking of Sexton and his halves partner Conor Murray.

The score was 21-5 when Aki went off — Ireland's tries coming from hooker Rory Best, prop Tadhg Furlong and Sexton — and 26 unanswered points followed.

Sexton got his second try of the game right on the halftime buzzer, fed quickly by Murray on the blind side from a close-range scrum, and converted fullback Jordan Larmour's early into the second half after Murray's smart miss-out pass fooled Samoa's ragged defense.

They were converted by Sexton's flyhalf replacement, Joey Carbery, who set up Conway's score with a neat grubber kick.

Backrower Jack Lam scored Samoa's only try, although both teams had a second-half try ruled out by TMO.