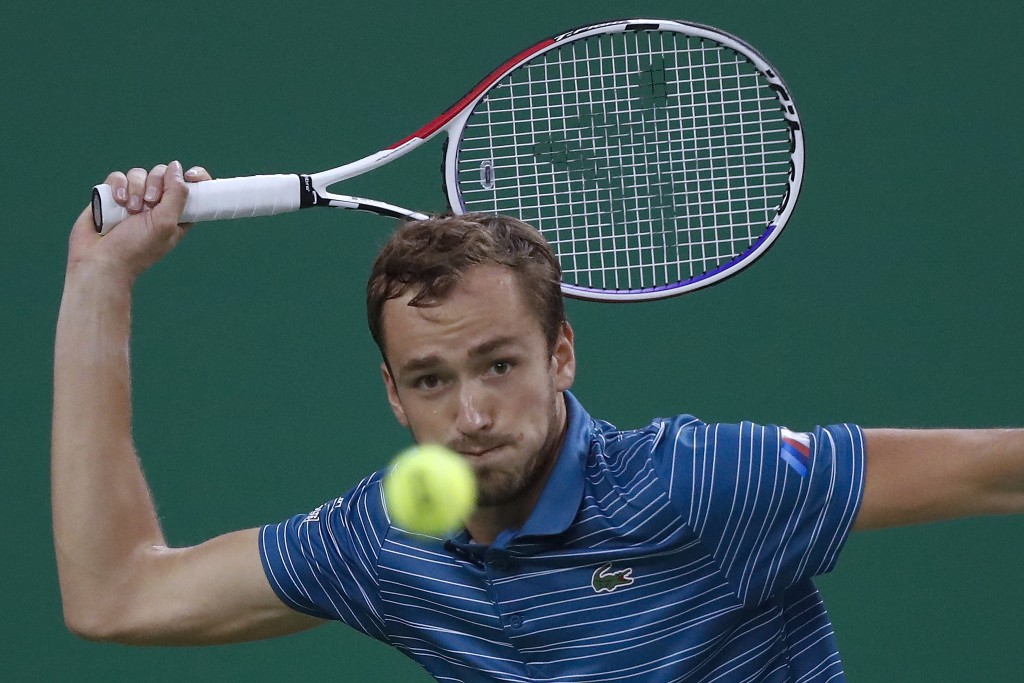 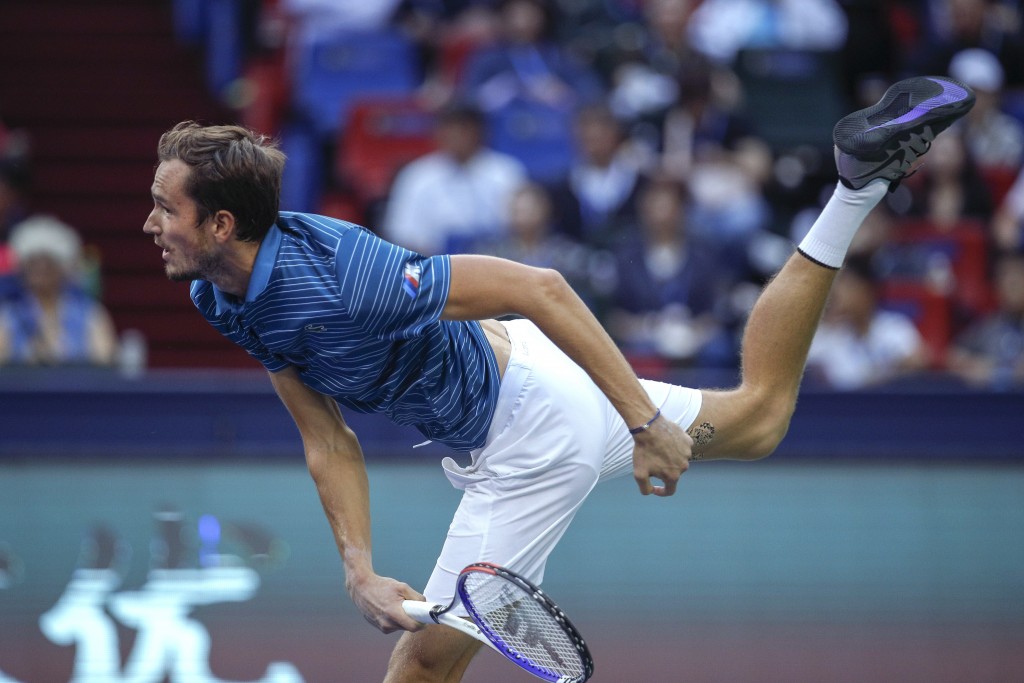 SHANGHAI (AP) — Third seed Daniil Medvedev flexed his muscles on Saturday to reach a final for the sixth consecutive time at the Shanghai Masters.

The confident Russian, through to his ninth final of the year, outlasted sixth seed Stefanos Tsitsipas of Greece 7-6 (5), 7-5.

Medvedev has won a tour-best 58 matches this season, 43 in straight sets. He has yet to drop a set this week.

He next meets fifth seed Alexander Zverev of Germany or 11th seed Matteo Berrettini of Italy.

The younger generation took over the semifinals. Medvedev and Berrettini are 23, Tsitsipas is 21 and Zverev is 22.

It is the first time an ATP Masters 1000-level tournament has had four semifinalists 23 and under since Carlos Moya (22), Mariano Zabaleta (21), Nicolas Lapentti (22) and Marcelo Rios (23) reached the last four in Hamburg in 1999.

Medvedev is 28-3 in matches played since the summer hard court swing started after Wimbledon.

Of the six finals he has now reached in that period, he has won two titles, in Cincinnati and St. Petersburg. He also made his first Grand Slam final at the U.S. Open, where he lost to Rafael Nadal.

Tsitsipas, who will play at the year-end ATP Finals in London for the first time in November, has yet to beat Medvedev in five matches.