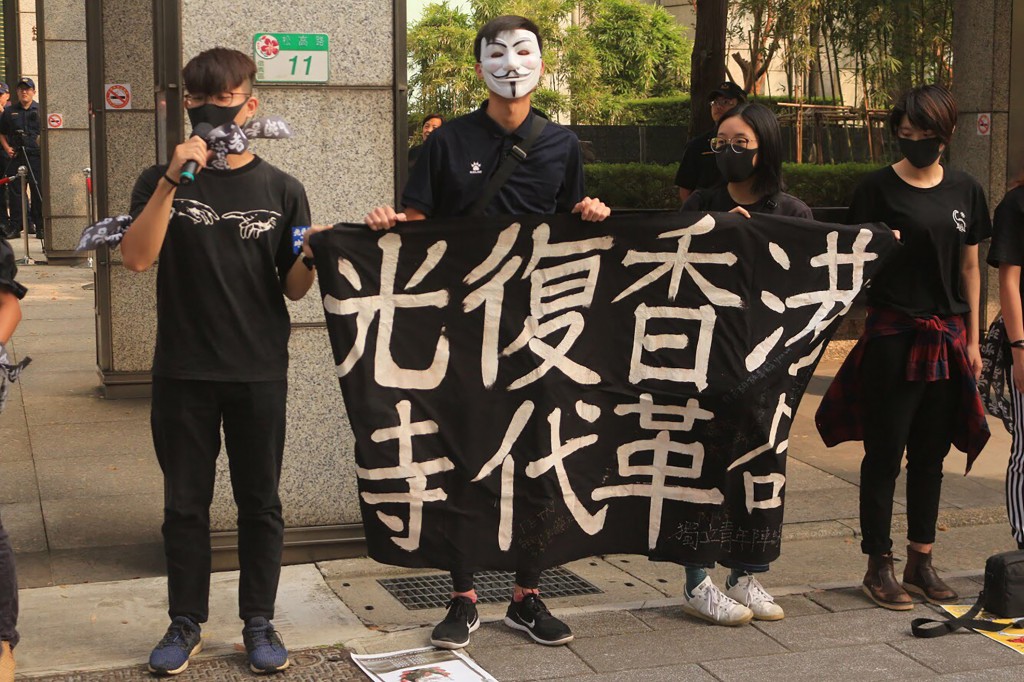 TAIPEI (Taiwan News) – As protests against Chinese meddling continued in Hong Kong itself, students from the territory gathered to express sympathy for their colleagues outside its trade office in Taipei Saturday (October 12).

The protesters included groups of Hong Kong students in Taiwan such as the Hong Kong Outlanders (香港邊城青年) as well as local students from several major universities concerned with the fate of the Chinese Special Administrative Region.

They criticized police for violating international human rights agreements by arbitrary arrests and violence, including sexual violence against protesters and shooting at unarmed citizens.

The protesters in Taipei called for continuous attention by the Taiwanese public for developments in Hong Kong, and asked the government to pass asylum measures to help refugees find a safe harbor, CNA reported.