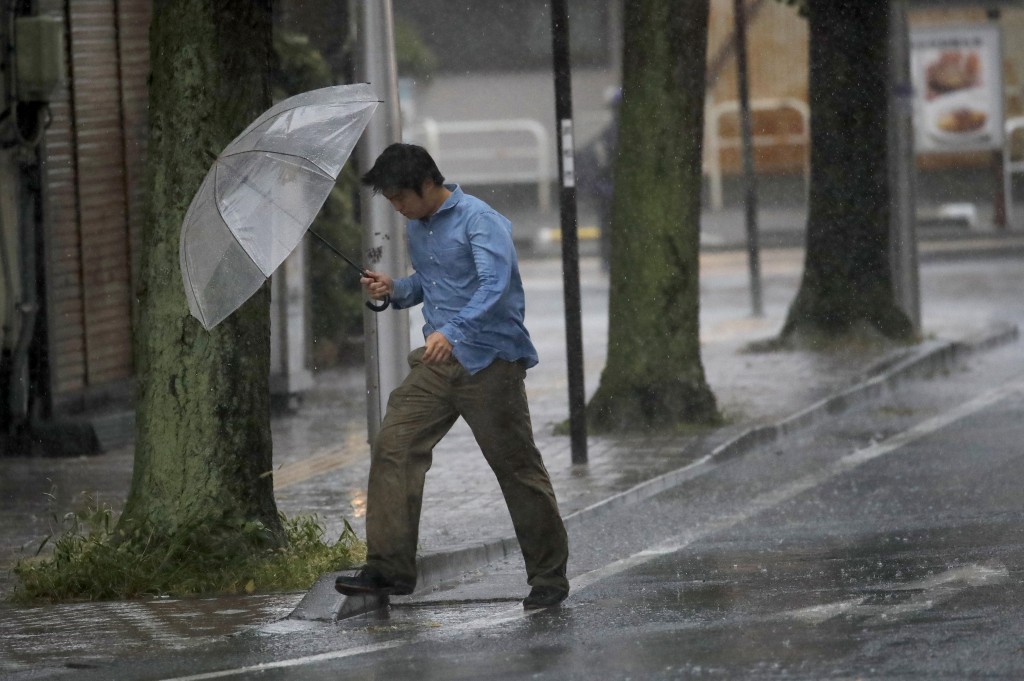 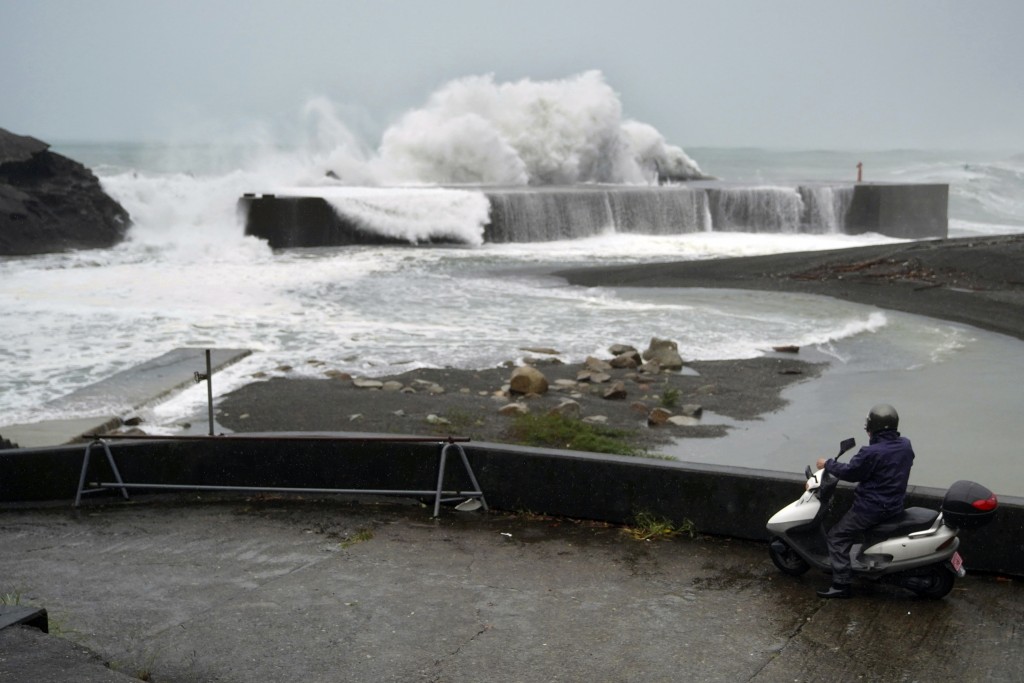 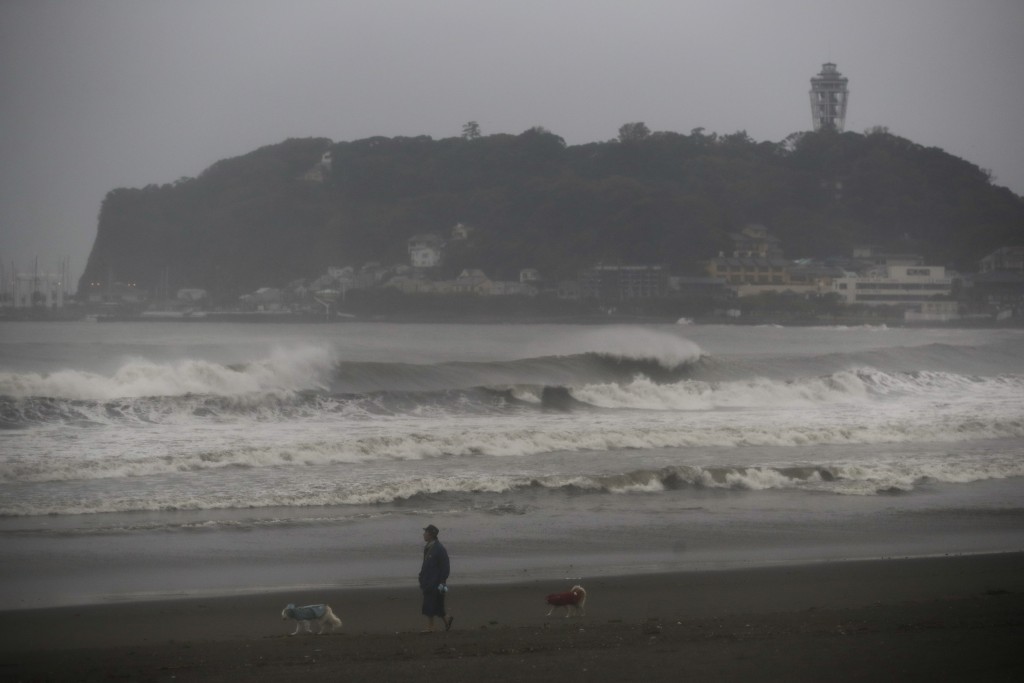 TOKYO (AP) — The Latest on Typhoon Hagibis (all times local):

A heavy downpour and strong winds are pounding Tokyo and surrounding areas as a powerful typhoon forecast to be Japan's worst in six decades made landfall southwest of Tokyo.

Streets, beaches and train stations remained deserted Saturday, and store shelves were bare after people stocked up on water and food ahead of Typhoon Hagibis.

An earthquake with a preliminary magnitude of 5.7 shook the areas drenched by the rainfall, shortly before the typhoon made landfall in Shizuoka prefecture. The quake was centered in the ocean off the coast of Chiba, near Tokyo.

The Japan Meteorological Agency warned of dangerously heavy rainfall in Tokyo and surrounding prefectures, including Gunma, Saitama and Kanagawa.

Tokyo and surrounding areas are bracing for a powerful typhoon forecast as the worst in six decades with streets and trains stations unusually quiet as rain poured over the city.

Store shelves are bare after people stocked up on water and food. Nearby beaches have not a surfer in sight, only towering dashing waves.

Typhoon Hagibis is expected to bring up to 80 centimeters (30 inches) of rain in the Tokyo area, including Chiba to the north that suffered power outages and damage from last month's typhoon.