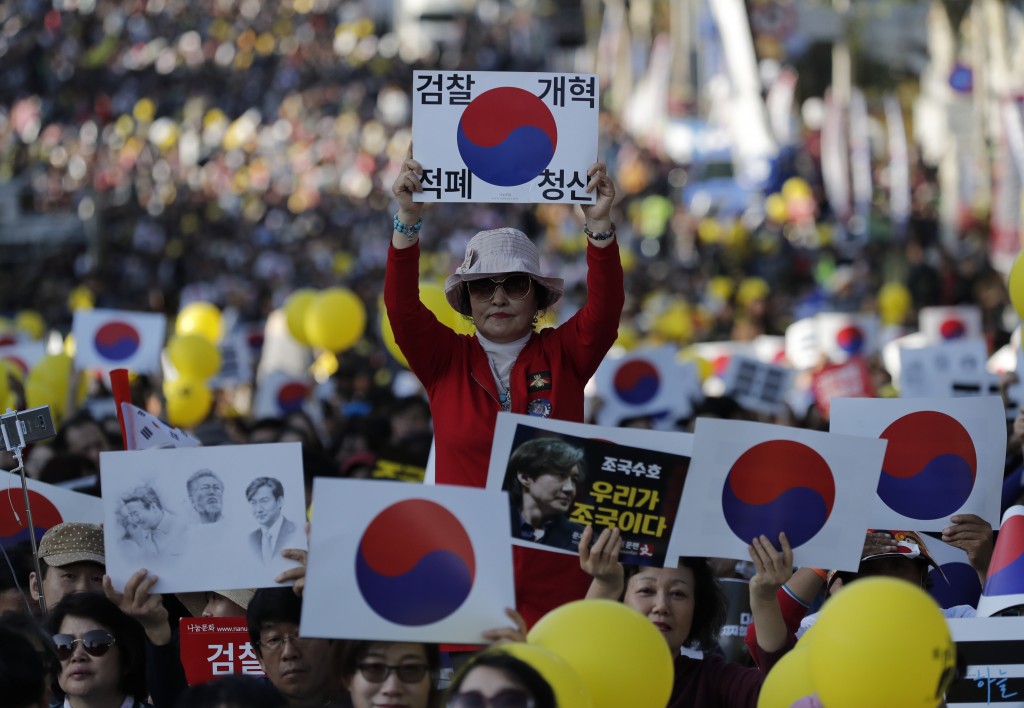 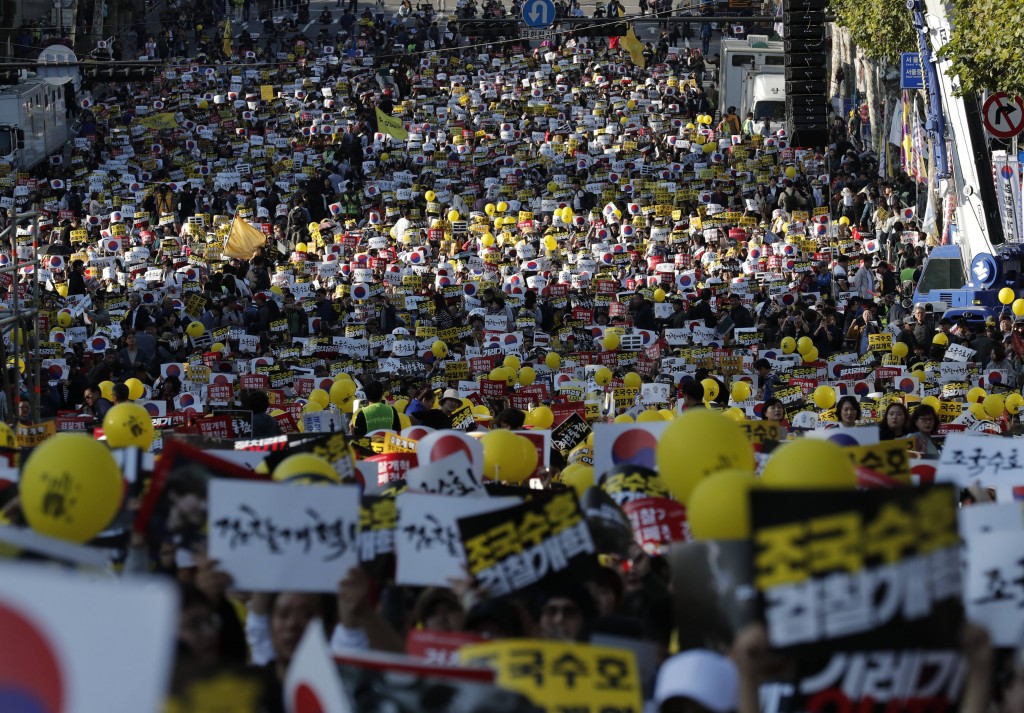 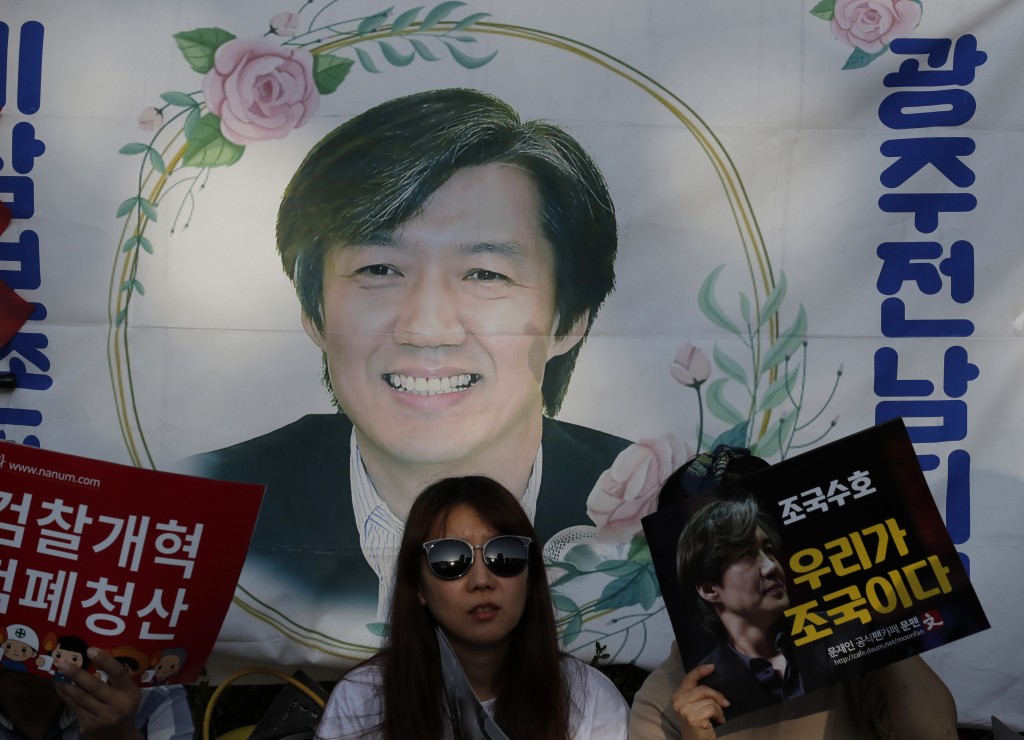 SEOUL, South Korea (AP) — Tens of thousands of government supporters gathered in South Korea's capital for the fourth straight Saturday to show their support for President Moon Jae-in's justice minister, who is enmeshed in an explosive political scandal that has polarized the nation.

Carrying banners and signs that read "Protect Cho Kuk; Reform the Prosecution," the protesters occupied an avenue in front of the Seoul Central District Prosecutors' Office, as they did in previous weeks. They expressed anger over what they saw as an excessive probe by state prosecutors aimed at intimidating the minister, Cho Kuk, whose plans to reform the country's justice system include curbing prosecutors' powers.

Huge crowds calling for Cho's ouster have marched near Seoul's presidential office in recent weeks, demonstrating how the months-long saga has deepened the country's political divide.

A smaller number of anti-Cho protesters also rallied in streets near where the pro-Cho protesters gathered, but there were no immediate reports of major clashes between the two groups as of Saturday afternoon.

Police, who deployed around 5,000 officers to monitor the rally, did not provide an official estimate on the size of the crowd, which appeared to be in the tens of thousands.

The protests came as prosecutors continued to push further a criminal investigation on Cho's university professor wife, brother and other relatives over allegations of dubious financial investments and fraud and creating fake credentials for his daughter that may have helped her enter a top university in Seoul and a medical school in Busan.

Cho, a law professor who for years cultivated an image as an anti-elitist reformist, has denied legal wrongdoing.

Moon has stood firmly by Cho, a close political ally. But in a country that grapples with widening inequality and where children toil in brutally competitive school environments, the controversy over Cho has struck a nerve and tarnished the image of Moon, who vowed to restore the public's faith in fairness and justice after winning a presidential by-election in 2017 to replace his corrupt conservative predecessor Park Geun-hye.

Recent polls indicate Moon's popularity has sank to the lowest levels since he took office, an alarming development for the liberals ahead of crucial parliamentary elections in April.

In a survey of some 1,000 South Koreans released on Friday by Gallup Korea, 51% of the respondents negatively rated Moon's performance in state affairs, compared to 43% who said he was doing a good job. The survey's margin of error was plus or minus 3.1 percentage points.