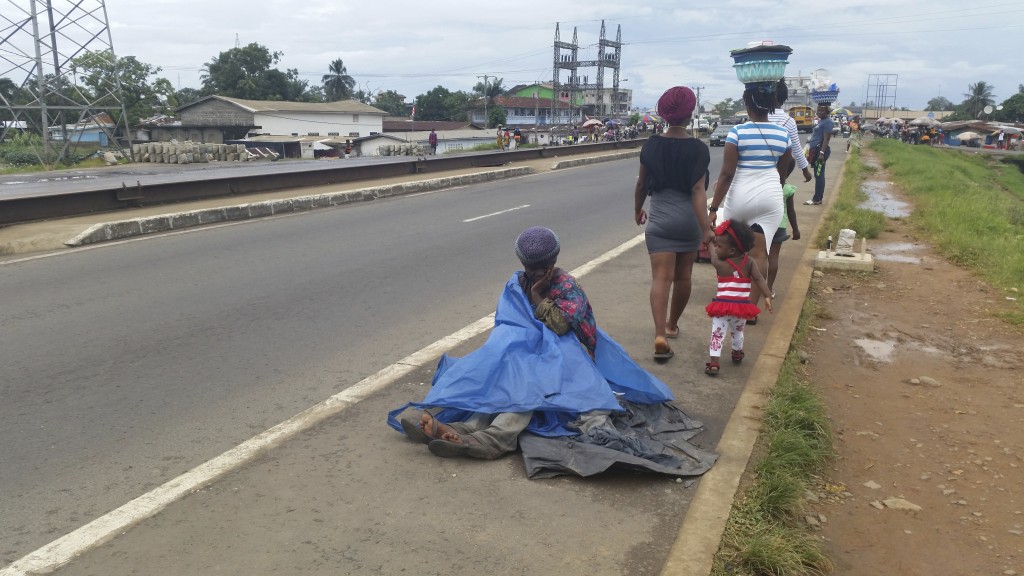 MONROVIA, Liberia (AP) — More than a decade after back-to-back civil wars ravaged Liberia its people still await justice for countless abuses, and many say the lack of accountability is worsening a mental health crisis.

The frustration soared when President George Weah recently indicated there was no need for his government to set up a war crimes court in the West African nation where the conflicts killed a quarter-million people. "Why now?" he repeated in an address to the United Nations annual gathering of world leaders last month.

The impatience with that attitude boiled over last month when hundreds of people stormed Liberia's legislature with a petition asking the government for more mental health support. They said they represented some half-million people who have received mental health services over the years via a charity, the U.S.-based Carter Center.

Such private aid is not enough to assure that every Liberian receives assistance, they said.

"Mental health care continues to be seriously sidelined," said Bill Ballah, a spokesman for the group. "Each of us needs good mental health to ... pursue our life goals and meet our responsibilities as responsible citizens."

Critics say Liberia's president is not interested in creating a war crimes court because his political support base includes some elements who committed atrocities. Weah has rejected that accusation and his supporters dismiss it as untrue.

In addition to those suffering from trauma caused by the civil wars from 1989 to 2003, thousands of Liberians are trying to recover from the world's deadliest Ebola outbreak that killed more than 4,000 people in the country from 2014-2016.

More than 20% of Liberia's post-war population has mental health issues including post-traumatic stress disorder, the World Health Organization said in 2016.

But the country has just a couple of psychiatrists for a population of nearly 5 million.

Until the arrival of a Nigerian psychiatrist three years ago, Dr. Benjamin Harris had been the only psychiatrist in Liberia for decades.

About 70% of students Harris interviewed near the end of the civil wars said they had seen people killed or tortured. About 60% said they had lost confidence in human beings and society.

"This can have a severe consequence on one's mental function," he told The Associated Press.

The need for mental health care in Liberia is so great and complicated that no government has been able to tackle the issue, and none has taken the initiative, Harris said.

Government authorities acknowledge the mental health problem is enormous but blame the country's inability to raise enough revenue to address such issues.

The chairman of the senate committee on health and a former health minister, Dr. Peter Coleman, said the funding allotted to the health sector in the annual budget is negligible because there are competing priorities.

"When it comes to mental health right now, it's collaborations with agencies such as the Carter Center that is helping us to at least do the rudimentary things in mental health," he said.

Dr. David Henderson, chairman of the psychiatry department at Boston University's medical school, said mental health could be tackled more rigorously in places like Liberia if global health funding paid more attention to psychiatry. If those resources were provided, "we can really build capacity very quickly."

He cited the success story of Ethiopia, which went from just three psychiatrists to about 100 over 15 years.

For now Liberia has just one overcrowded and underfunded mental health hospital, an annex of the John F. Kennedy Memorial Medical Center in the capital, Monrovia. Patients are charged the equivalent of $10 for 21 days of treatment, a cost many cannot afford.

Meanwhile the Catherine Mills Rehabilitation Center, a facility set up in pre-war Liberia as a home for people with mental illness, was ransacked and looted during the civil war and has never reopened. Officials have tried in vain to persuade people now living amid its ruins to leave.