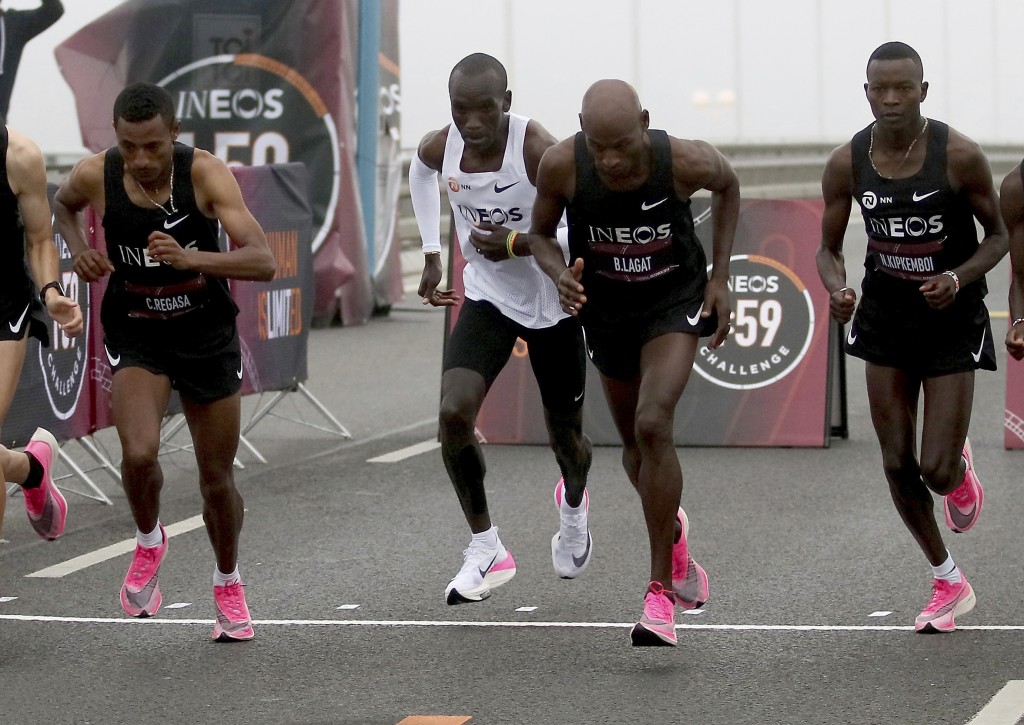 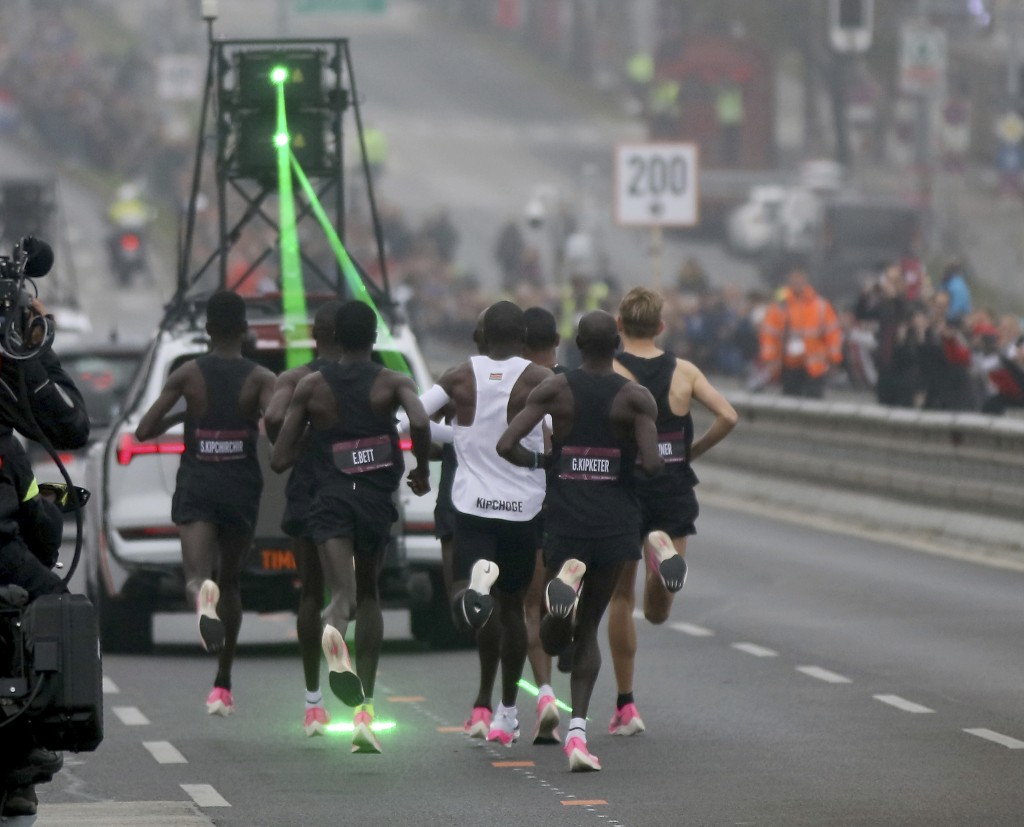 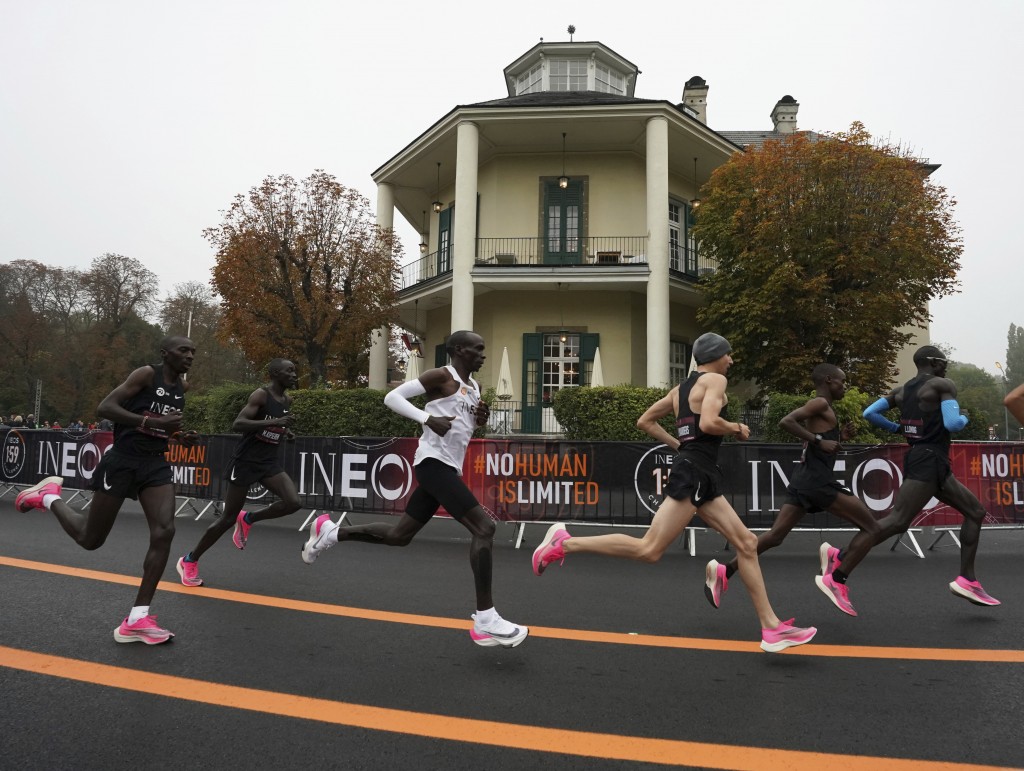 VIENNA (AP) — Eliud Kipchoge has become the first athlete to run a marathon in less than two hours, although it will not count as a world record.

The Olympic champion and world record holder from Kenya clocked 1 hour, 59 minutes and 40 seconds Saturday at the INEOS 1:59 Challenge, an event set up for the attempt.

Kipchoge was supported by 36 pacemakers who accompanied him in alternating groups, one of the reasons the IAAF will not ratify the time as a world record.

Running at a consistent average pace of 2:50 minutes per kilometer (4:33.5 minutes per mile), Kipchoge was 11 seconds ahead of schedule halfway through his run.

The pacemakers left him for the final 500 meters, and Kipchoge punched his chest twice in celebration when he finished.

The Prater park in the Austrian capital offered long straights, protected from the wind by high trees, for most of the 9.6-kilometer course, which Kipchoge completed more than 4 times.

It was his second attempt at breaking the two-hour barrier, after missing out by 26 seconds at a similar event on the Formula One track in Monza, Italy, in May 2017.

Kipchoge, who took Olympic gold in Rio de Janeiro in 2016 and has won 10 of his 11 marathons, holds the official world record of 2:01:39 since shattering the previous best mark by 78 seconds in Berlin last year.