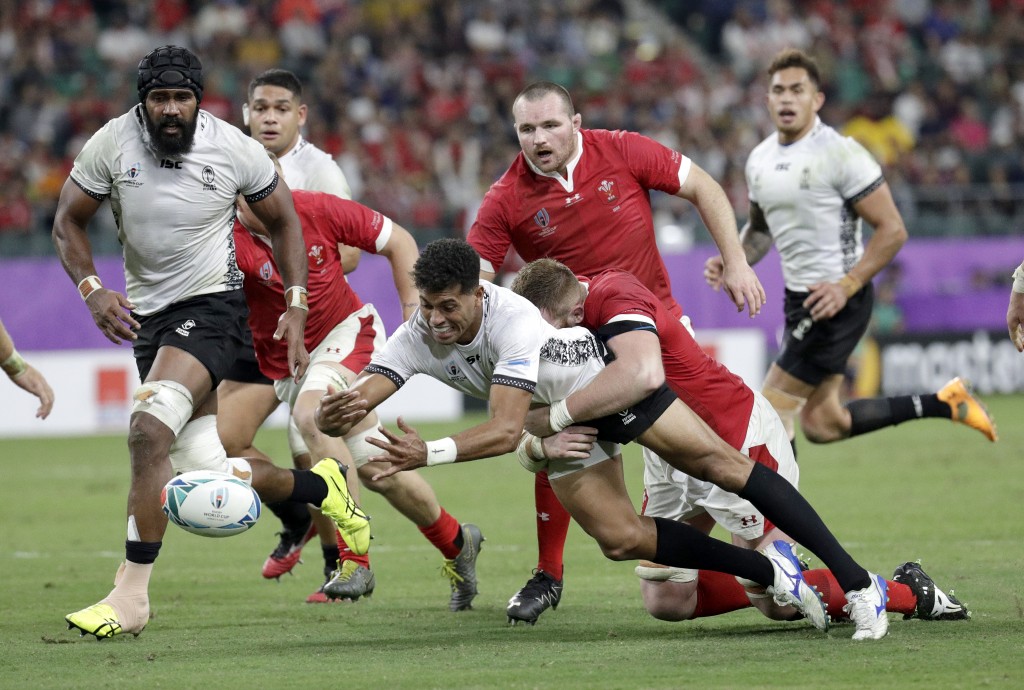 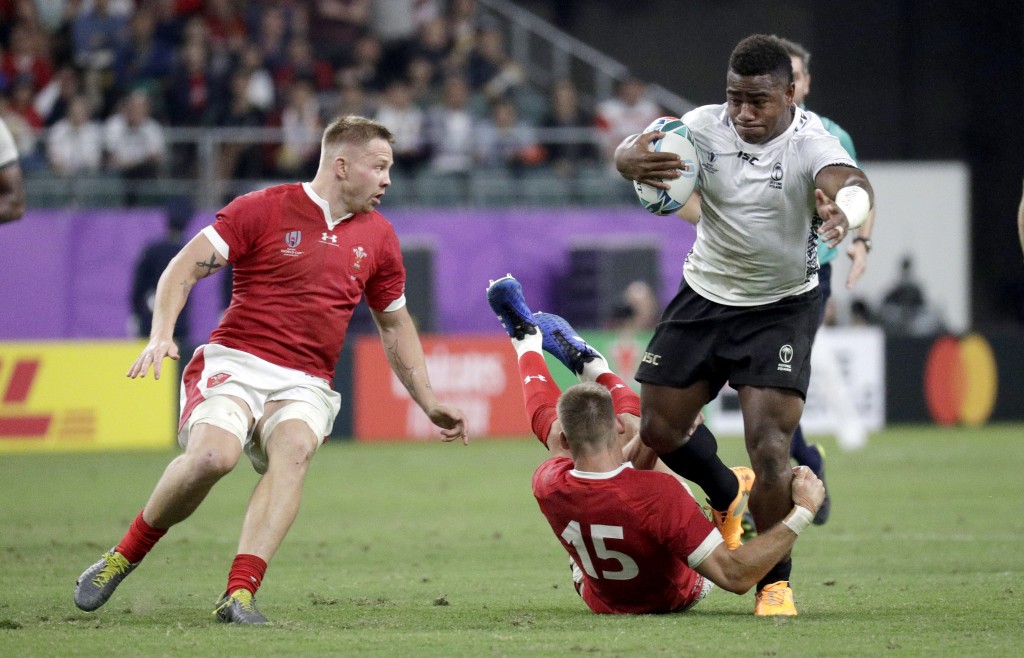 So the Wales defense coach was aghast at the number of missed tackles against Fiji: 32.

"Then I thought to myself, 'Who did we miss those tackles on?'" Edwards said on Saturday.

"I looked, and there were 16 missed tackles on both of their wingers (Josua Tuisova and Semi Radradra) who, let's be honest, are not the easiest human beings to tackle.

"If anyone has an A-Z on how to tackle Josua Tuisova, please send me it. Obviously, there were too many (missed tackles). Those two wingers are exceptional."

Edwards was addressing Wales' almost costly defensive failings against Fiji in the Rugby World Cup, a day before their last Pool D match against Uruguay in Kumamoto.

To Edwards, the otherworldly brilliance of Tuisova and Radradra mitigates the missed tackles.

Naturally, the backs were the most exposed, and nobody was perfect. Scrumhalf Gareth Davies missed five of his 14 tackles against the Fijians last Wednesday, Dan Biggar three, Hadleigh Parkes three with his broken right hand, and Jonathan Davies two. Josh Adams scored three tries, but after missing two tackles that led to Fiji's two tries in the first 10 minutes.

The defense was led up front by captain Alun Wyn Jones, who made 16 of his 18 tackles, fellow lock Jake Ball, who nabbed all 11 of his tackles, and flanker James Davies, who nailed all 13 of his attempts.

Ball hasn't missed anyone within range yet, going 27-0 in tackles in the tournament. Captain Jones has been successful with the most, 47.

All, apart from Parkes and Adams, are not starting against Uruguay, and Edwards doesn't expect a similar falloff. He expects much better.

And he knows they can't afford to miss 32 against likely quarterfinal opponent France next week.

"France have talented individuals, similar athletes, and we do need to improve that situation," Edwards said.

As usual, he has set the Welsh a target to limit the opposition to. Wales conceded 14 points against Georgia and 25 against Australi, both scores more than Edwards wanted. Wales hit its target against Fiji (17).

"You have to realize there has never been as many points scored in rugby union as there is now," he said. "If teams get near your line, it's pick and go. It's important I set realistic targets, which I feel like I do.

"They (Uruguay) are a good attacking unit, but we just have to turn up with the right attitude tomorrow and put in a performance that we can be proud of."

Wales is unbeaten and keen to beat Uruguay to sweep its first Rugby World Cup pool since 1987.