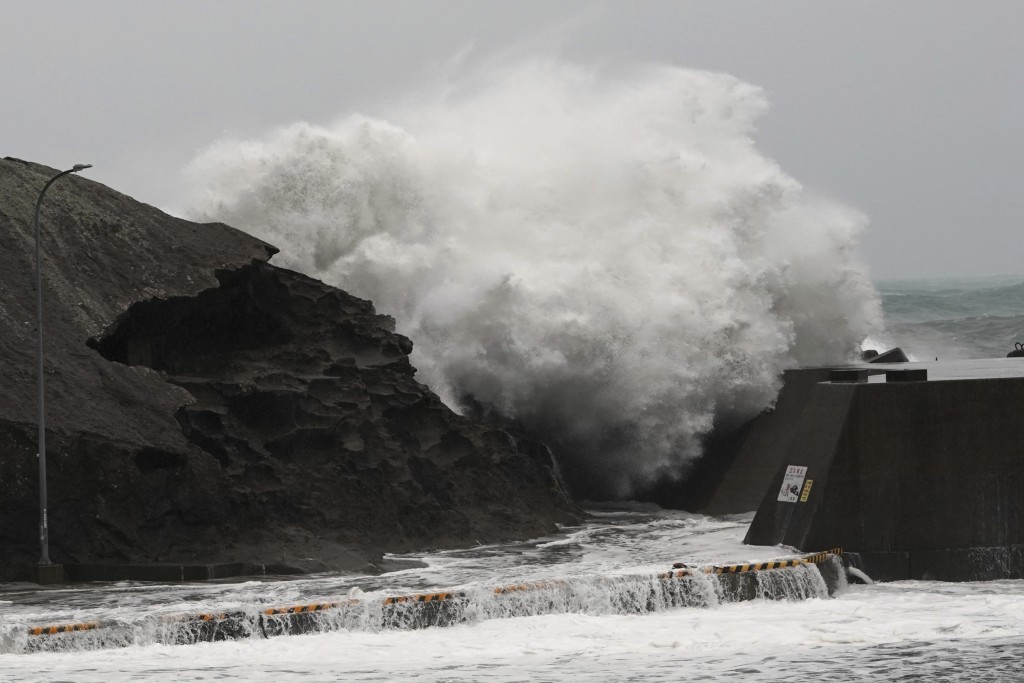 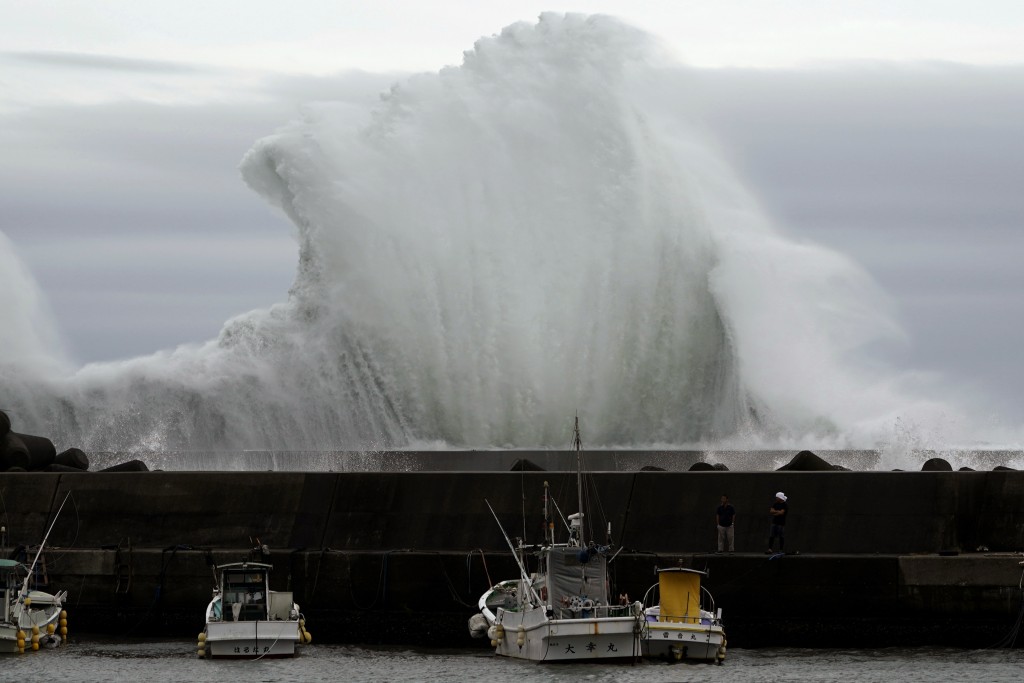 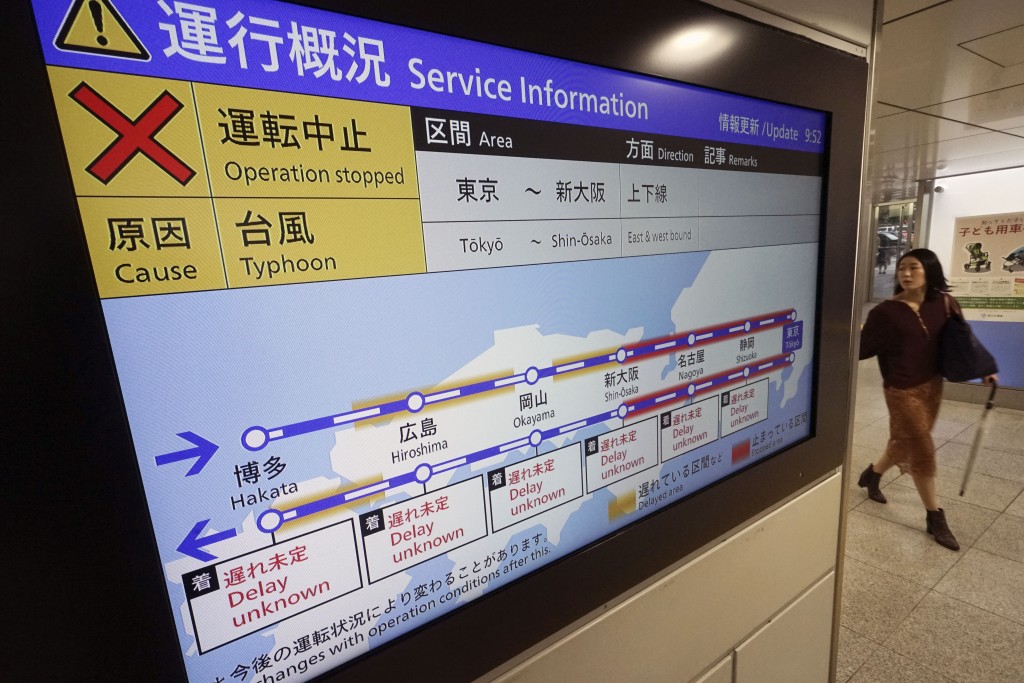 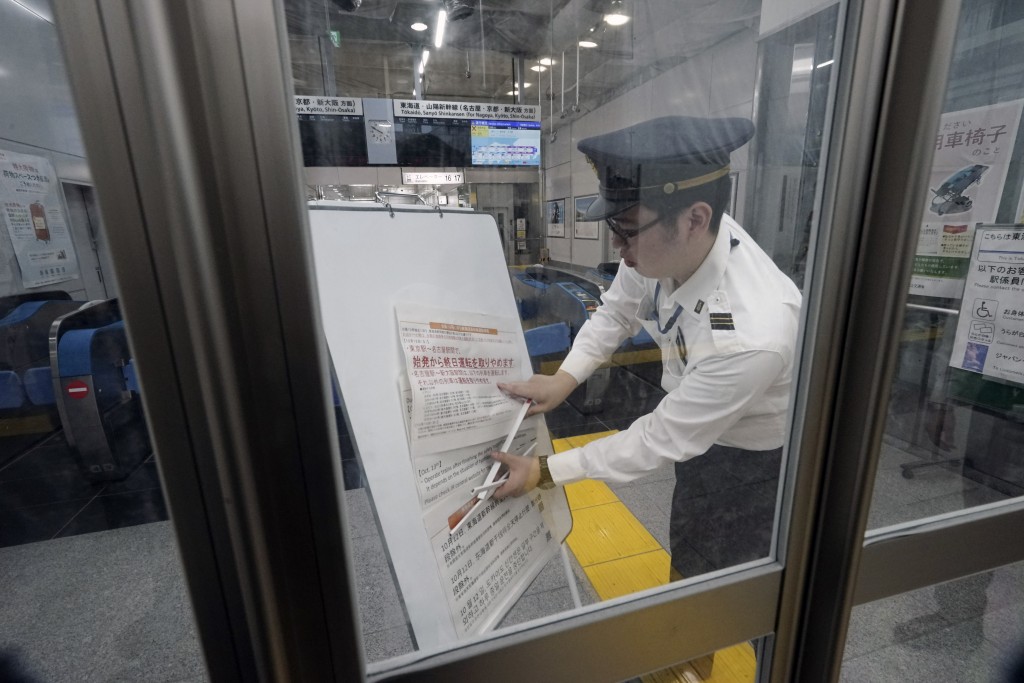 TOKYO (AP) — The Latest on Day 23 of the Rugby World Cup in Japan (all times local):

The Scottish players have tried to be good guests at the Rugby World Cup, until now. Scotland is desperate for Sunday's Pool A decider to go ahead against Japan. Not because they particularly want to upset the tournament hosts, but because it means they get one last chance to qualify for the quarterfinals. If the game is canceled, Scotland will be out of contention and unbeaten Japan will secure a spot in the Rugby World Cup quarterfinals for the first time.

Veteran fullback Stuart Hogg met with reporters in the team hotel at Yokohama on the eve of the game, before a potentially devastating typhoon was set to batter Japan's main island.

"We've had a terrific time in Japan so far ... but we came here with a job in hand and that was to win test matches," Hogg said. "We've got the chance to play against the host nation and it doesn't get any bigger than that. The focus is on that and making sure we do everything we can to take another step forward.

"This could be the biggest game of our careers and one we're very much looking forward to getting stuck into."

The Scots haven't given up hope of having the game played at another venue without a crowd if World Cup organizers decide it's not safe enough to go ahead with the game at Yokohama. Organizers canceled two games scheduled for Saturday, with three of those teams formally moving into the knockout stage and Italy missing out on last chance to qualify — albeit needing an upset win over the defending champion All Blacks to have any chance.

World Rugby investigated relocating those two games — at Yokohama and Toyota — to venues further away from the typhoon's path but said it wasn't logistically possible because of safety concerns.

With two games already canceled and the prospect of more disruptions as the worst typhoon of the year bears down on Japan, Rugby World Cup organizers have again outlined the plan to assess whether Sunday's crucial Pool A game between the host team and Scotland can go ahead.

Organizers took the unprecedented move of declaring 0-0 ties for two games scheduled Saturday — defending champion New Zealand against Italy in Toyota and 2003 champion England against France in Yokohama. So New Zealand and England both topped their groups and Italy missed a chance to push for a spot in the knockout rounds. The only game expected to go ahead Saturday is Ireland against Samoa in Fukuoka.

There are four games scheduled for Sunday but the last of those — and the last of the group stage — is attracting the most attention.

Scotland needs to beat Japan in Yokohama to have a chance of advancing, while the Japanese need only avoid defeat to progress to the quarterfinals for the first time. A decision on that game can be delayed until six hours before kick-off.

"Our primary consideration is the safety of everyone. We will undertake detailed venue inspections as soon as practically possible after the Typhoon has passed, and an update will be published as soon as that process has been undertaken in the morning," World Rugby said in a statement Saturday. "Our message to fans continues to be stay indoors today, stay safe and monitor official Rugby World Cup social and digital channels."

Trains and flights have been canceled, and authorities are urging residents and visitors to stay indoors, out of the way of the torrential rain and destructive winds that are expected to hammer Japan's main island.