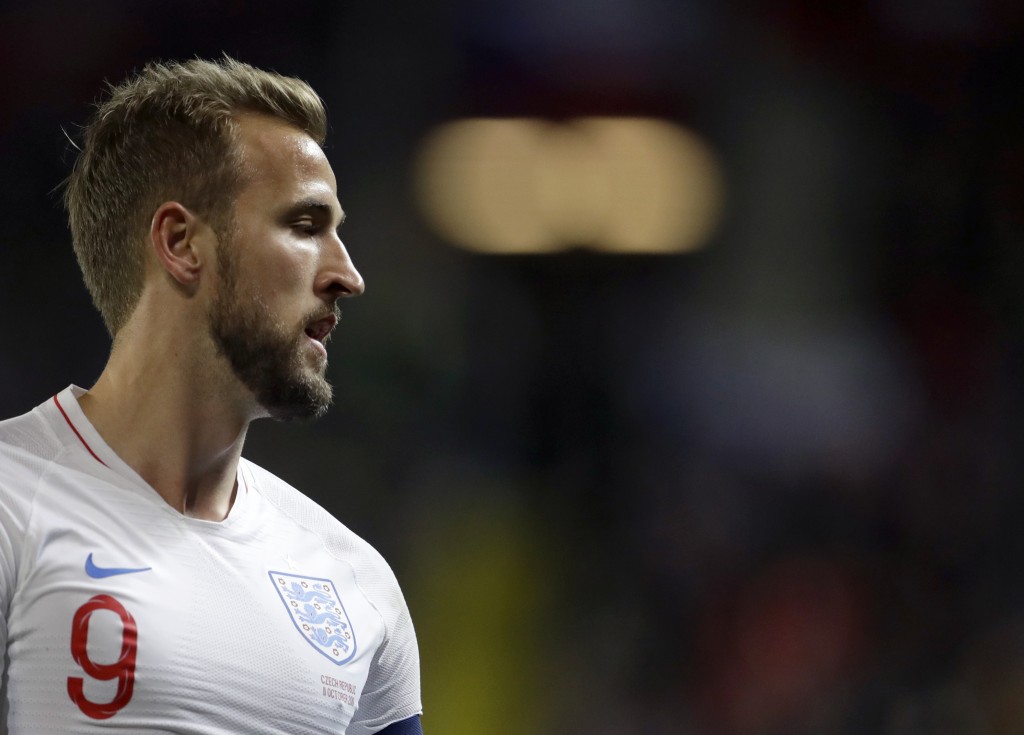 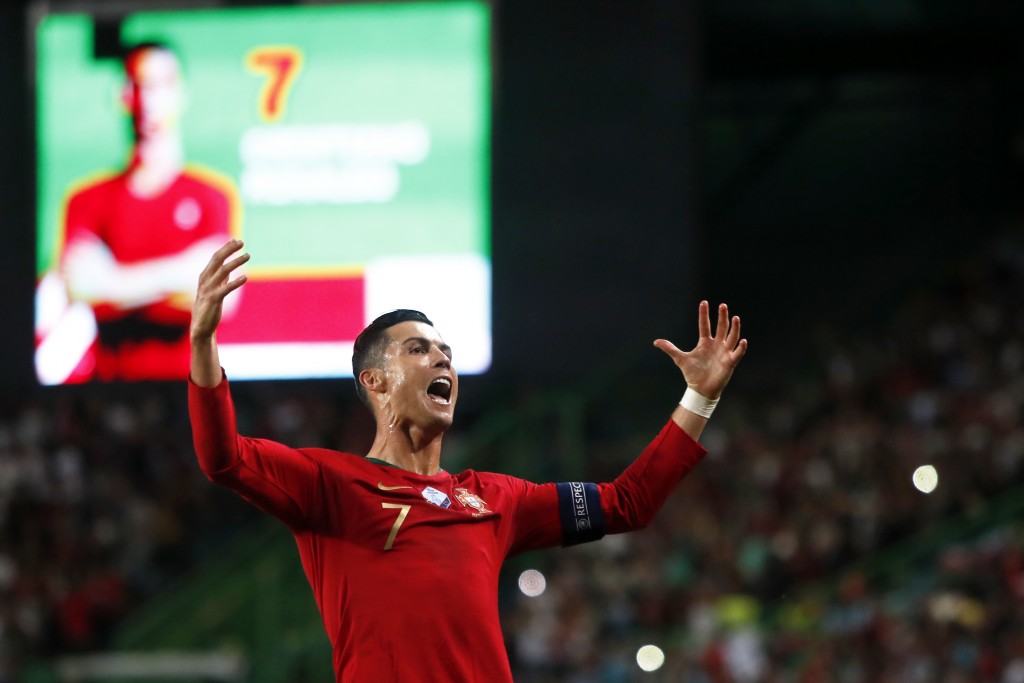 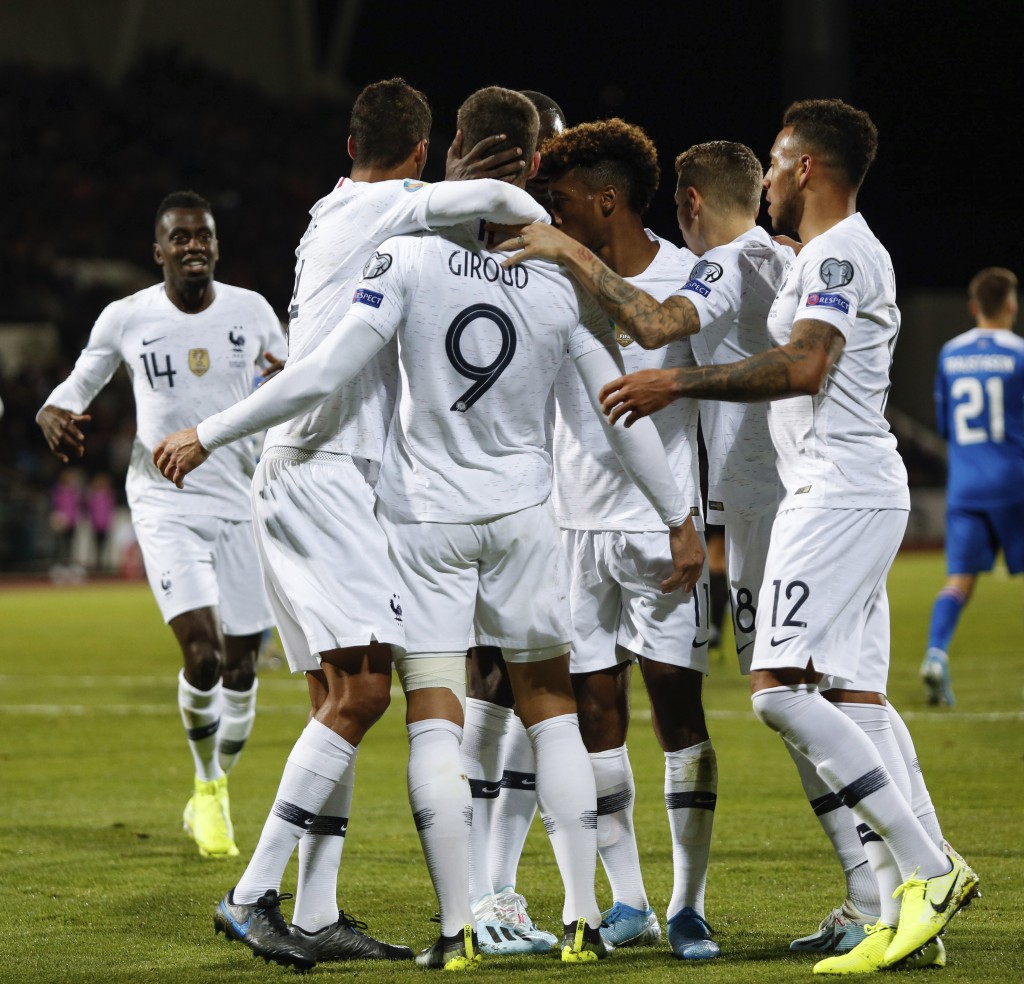 England lost its first qualifying game in 10 years, France and Portugal made progress in securing their places at next year's European Championship, while Andorra ended a 56-match losing streak.

A goal five minutes from the end halted England's unbeaten streak in qualifying for a major competition with hosts Czech Republic beating Gareth Southgate's team 2-1 on Friday. A victory in Prague would have secured a spot for England at the continent-wide tournament with three games to go.

Instead, England squandered a one-goal lead and lost its first match in European or World Cup qualifying since falling to Ukraine in 2009. That loss came with England already qualified for the 2010 World Cup. Its last meaningful defeat in qualifying was against Croatia in 2007.

Captain Harry Kane gave England the lead in the fifth minute from the penalty spot.

But Jakub Brabec leveled for the Czechs four minutes later and substitute Zdenek Ondrasek completed the comeback late with his first international goal. He scored with a low right-foot shot from inside the area.

England had won all four of its previous games in Group A. It is tied atop the standings with the Czechs on 12 points but has one more game to play.

Top-ranked Belgium became the first team to qualify for next year's tournament on Thursday.

The top two teams of each group advance automatically. The other four qualifiers will come through four tiers of playoffs in March.

Cristiano Ronaldo scored his 94th goal for Portugal to help the defending European champions brush aside Luxembourg 3-0 in Lisbon.

Ronaldo pounced on a bad pass near the area and chipped the goalkeeper in the 65th.

Bernardo Silva finished off a chance created by right back Nelson Semedo to put Portugal in control from the 16th. With Portugal 2-0 ahead, substitute Goncalo Guedes added a third goal.

Ukraine kept its lead of Group B after midfielder Ruslan Malinovskyi scored twice in a 2-0 victory over Lithuania.

Unbeaten Ukraine has 16 points. Portugal has 11, ahead of Serbia with seven. Both Portugal and Serbia have one more game to play than Ukraine.

Portugal plays at Ukraine on Monday.

World champion France and Turkey both took big steps in qualifying with wins which consolidated their Group H lead.

Olivier Giroud scored to help France earn a hard-fought 1-0 win at Iceland, while Turkey needed a 90th-minute goal from Cenk Tosun to push it past Albania 1-0 in Istanbul.

Both France and Turkey have 18 points. Iceland, the revelation of Euro 2016, is in third place with 12 points and at risk of missing the 2020 edition.

Giroud converted a penalty in the 66th after a foul earned by Antoine Griezmann. Giroud set up Griezmann by heading down a long ball for his fellow forward, who was then fouled by Iceland's Ari Freyr Skulason.

Blaise Matuidi hit the post after a run by Kingsley Coman to almost give the French a second goal.

France midfielder N'Golo Kanté was ruled out of the match reportedly for a hamstring problem.

It was game No. 200 for Didier Deschamps as player and now coach of France. He played 103 games for France and has directed 97 from the dugout.

Steve Mandanda played in goal for France in place of Hugo Lloris, who is out with a broken elbow.

Andorra made history of its own in Group H with a 1-0 win over Moldova, the first time the tiny mountainous nation had avoided defeat in 57 European qualifiers.

Midfielder Marc Vales headed in the Andorran goal in the 63rd after Moldova had been reduced to 10 men.

Andorra, with fewer than 80,000 residents nestled in the Pyrenees between Spain and France, had lost all 56 of its previous games in European qualifying.