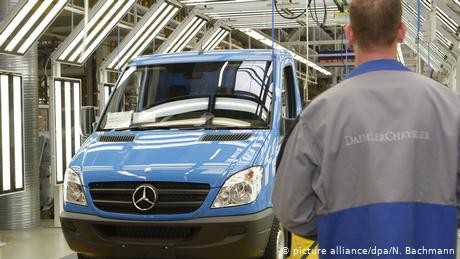 Daimler, which makes Mercedes-Benz vehicles, said in a statement: "We estimate that the recall will concern a six-digit figure," in reference to the number of automobiles affected. The firm added it would "cooperate with the authorities."

The KBA has requested the return of Daimler vehicles on a number of occasions in recent years after discovering excessive emissions. However, Daimler has steadfastly pleaded its innocence in the so-called dieselgate scandal that arose in 2015, when Volkswagen admitted having installed illegal "defeat devices" in 11 million diesel vehicles across the globe.

The latest demand relates to at least 260,000 Mercedes-Benz "Sprinter" vans, the company confirmed, adding that all the offending vehicles had been made prior to June 2016.

The KBA opened an investigation, according to German media, suspecting Daimler of installing "illegal software" aimed at making the cars appear greener than they really were.