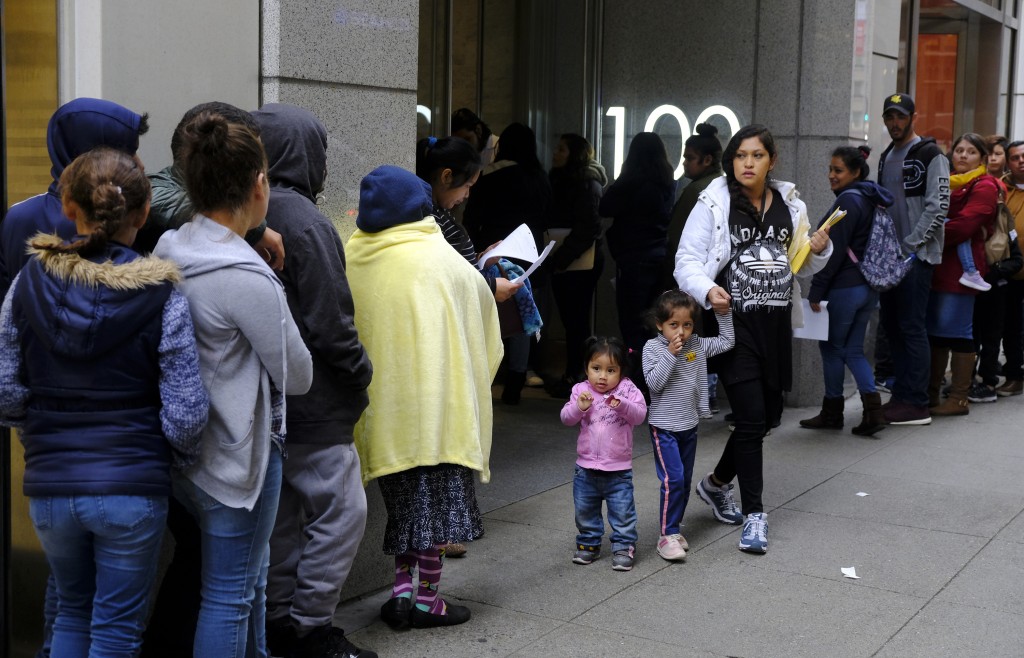 NEW YORK (AP) — The Latest on court rulings that temporarily block a Trump administration policy that denies legal residence to many immigrants who receive government benefits (all times local):

A third federal judge has temporarily blocked President Donald Trump's plans to deny green cards to many immigrants who use Medicaid food stamps and other government benefits.

The preliminary injunctions come four days before the policy was set to take effect. They are blow to one of Trump's most aggressive measures yet to cut legal immigration and make it based more on employment skills than family ties.

A federal judge in New York has temporarily blocked President Donald Trump's plan to deny green cards to many immigrants who use Medicaid, food stamps and other government benefits.

The Trump administration had proposed that immigrants be disqualified from getting legal U.S. residency if they were likely to become a burden on public welfare programs.

The injunction puts the policy on hold while a lawsuit over the police advances.

The lawsuit in New York is one of several legal challenges nationwide to one of Trump's most aggressive steps to cut legal immigration. Advocates say the rule changes are discriminatory because they would deny legal residency and visas to immigrants who don't have money.