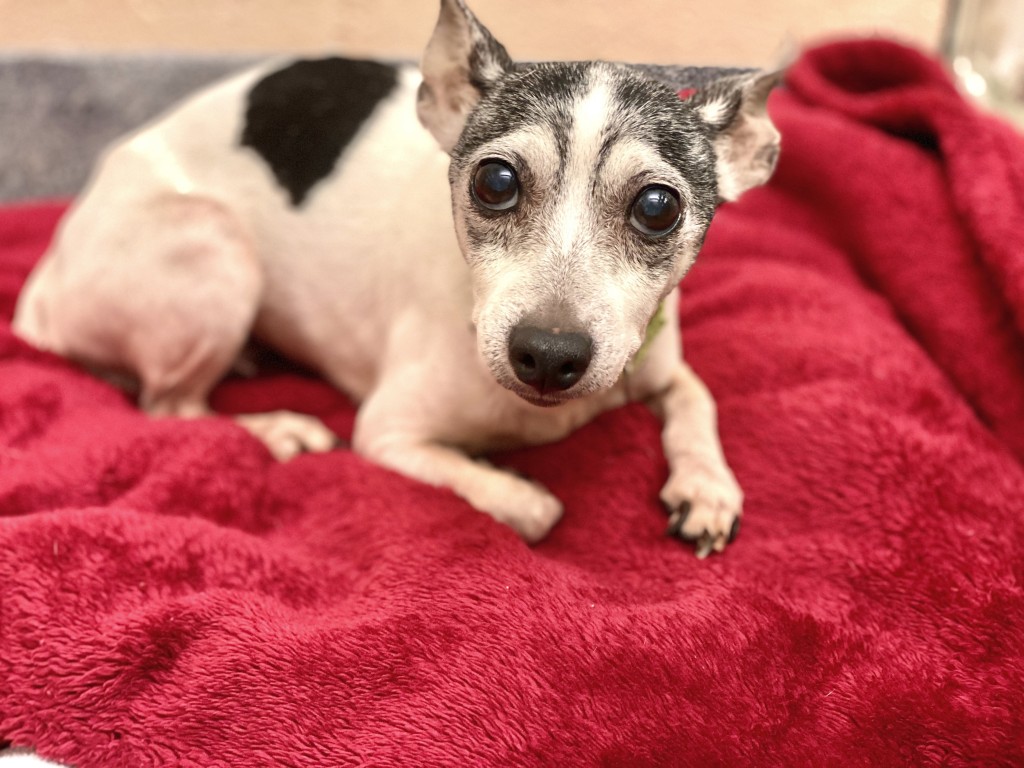 PITTSBURGH (AP) — A toy fox terrier that disappeared from its family's south Florida home in 2007 was found this week over a thousand miles away in Pittsburgh and reunited with its owner on Friday.

The 14-year-old named Dutchess was found hungry, shivering and in serious need of a nail trim under a shed on Monday, according to Humane Animal Rescue.

The property owner took the dog to a Humane Animal Rescue location, where staffers were able to locate a microchip and trace the dog back to its owners in Boca Raton, Florida.

The dog's owner, Katheryn Strang, drove all the way to Pittsburgh for an emotional reunion with Dutchess .

Strang said she couldn't believe it when she got the call that her dog had been found after all these years.

She said her son opened the door after school one day and Dutchess got out and they never saw her again. They were living in Orlando at the time near a very busy street and she assumed the dog was either hit or scooped up by someone.

She checked shelters daily in the weeks after Dutchess went missing, and continued to pay the annual fee on the microchip, as well as update her contact information whenever she moved.

"They are like your babies. You don't give up hope," she said at a news conference after reuniting with Dutchess.

As she kissed and hugged her long-lost pet, she murmured to the dog: "Where have you been?"