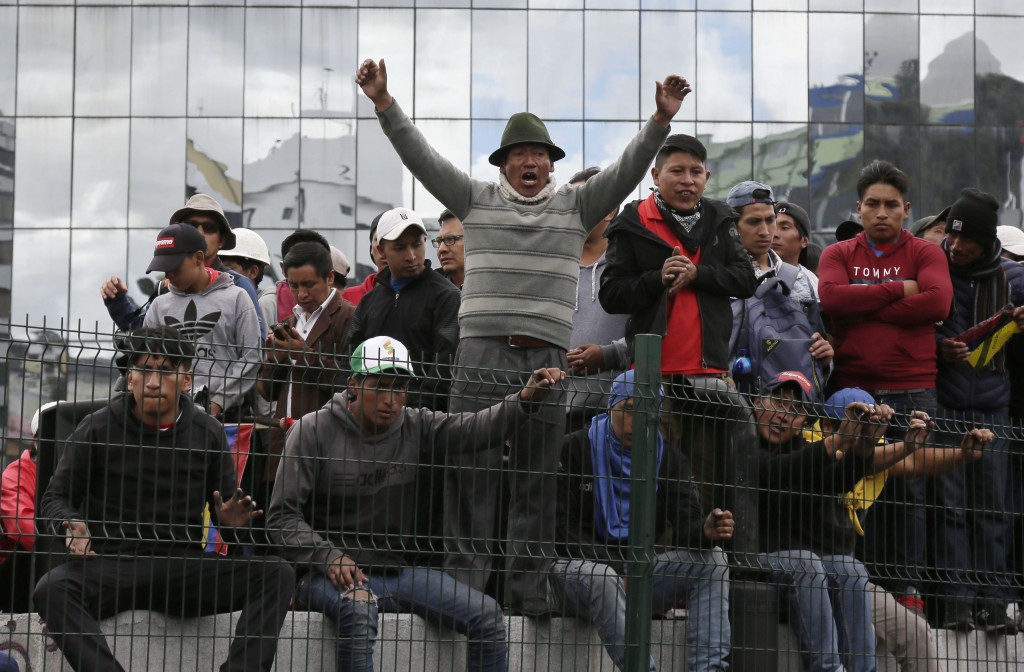 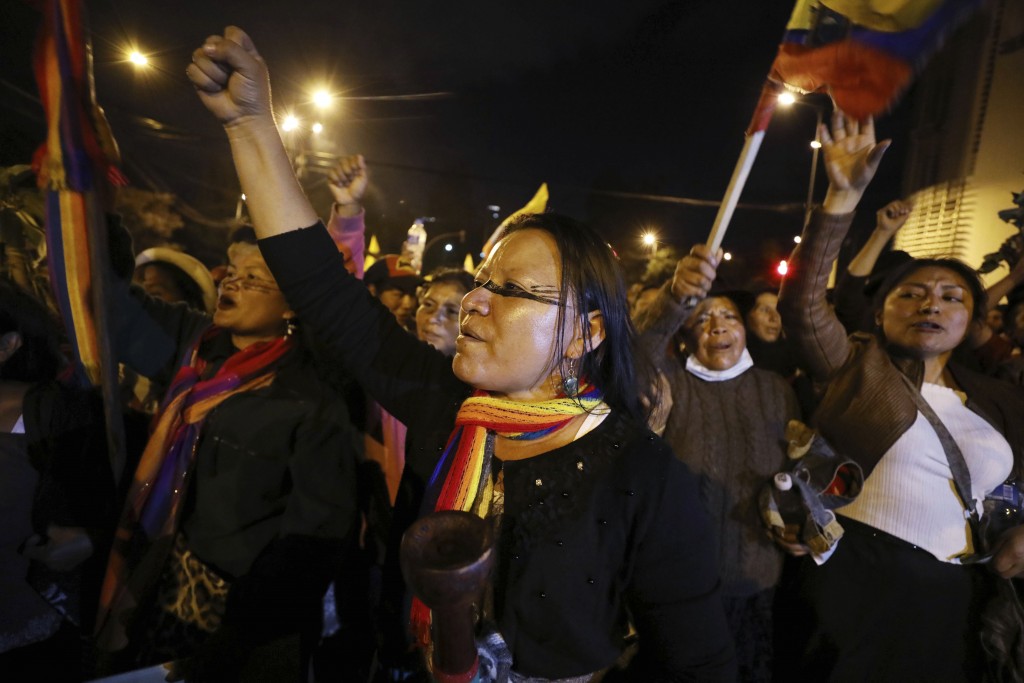 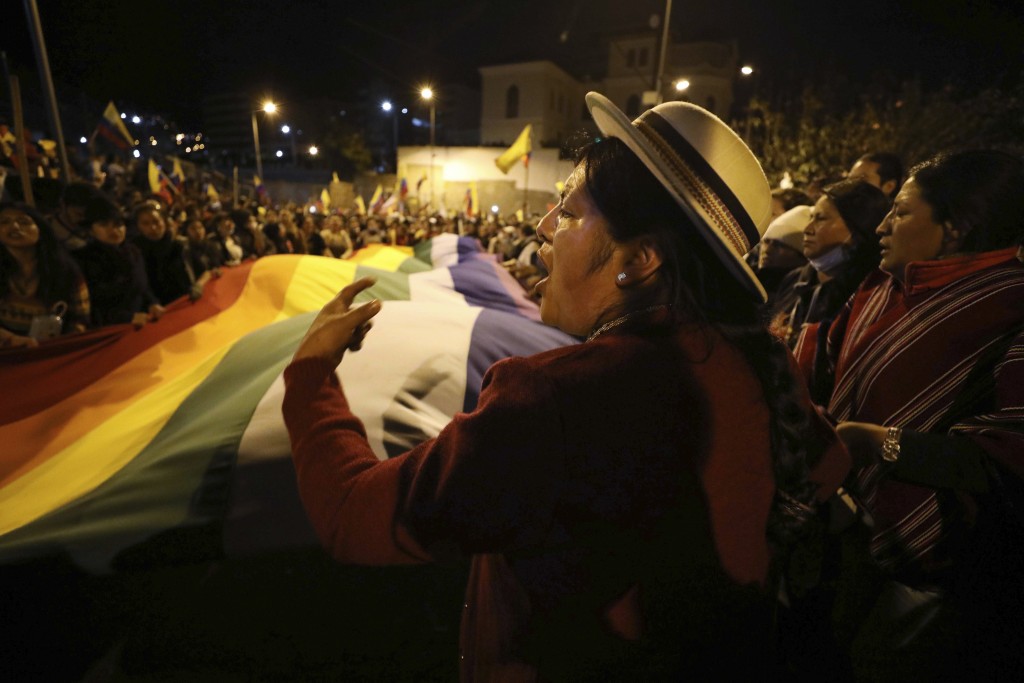 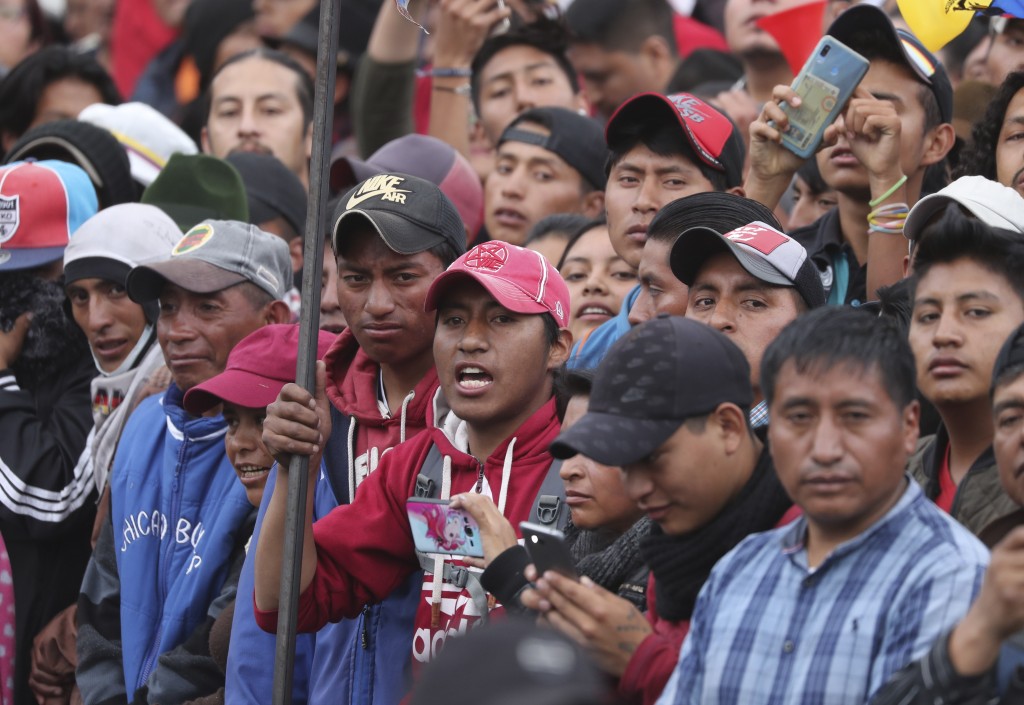 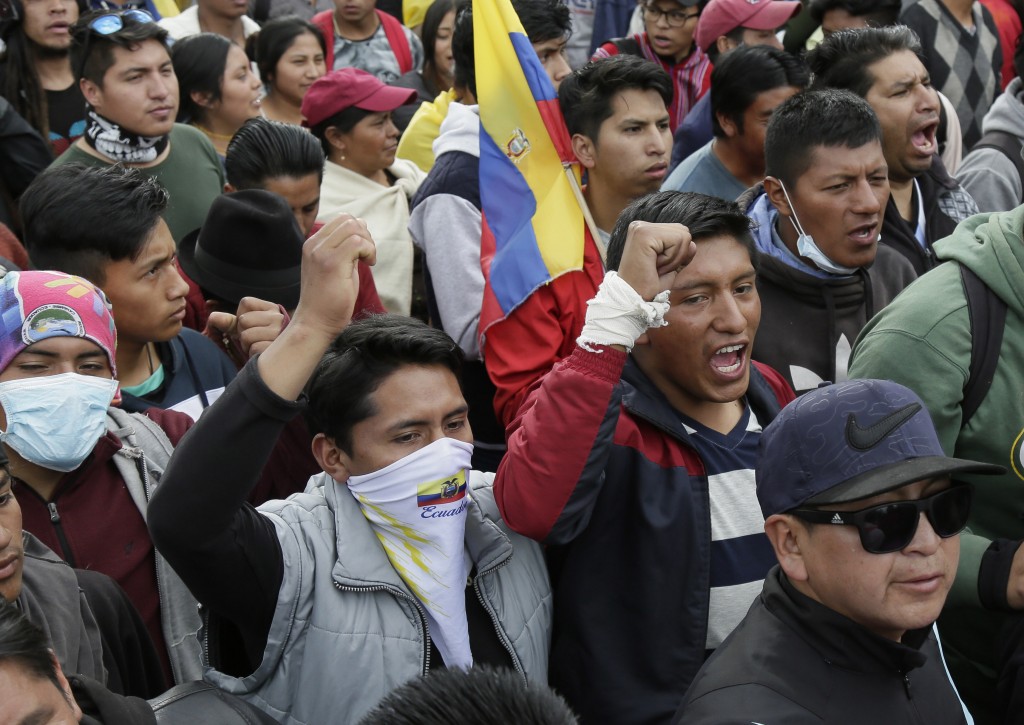 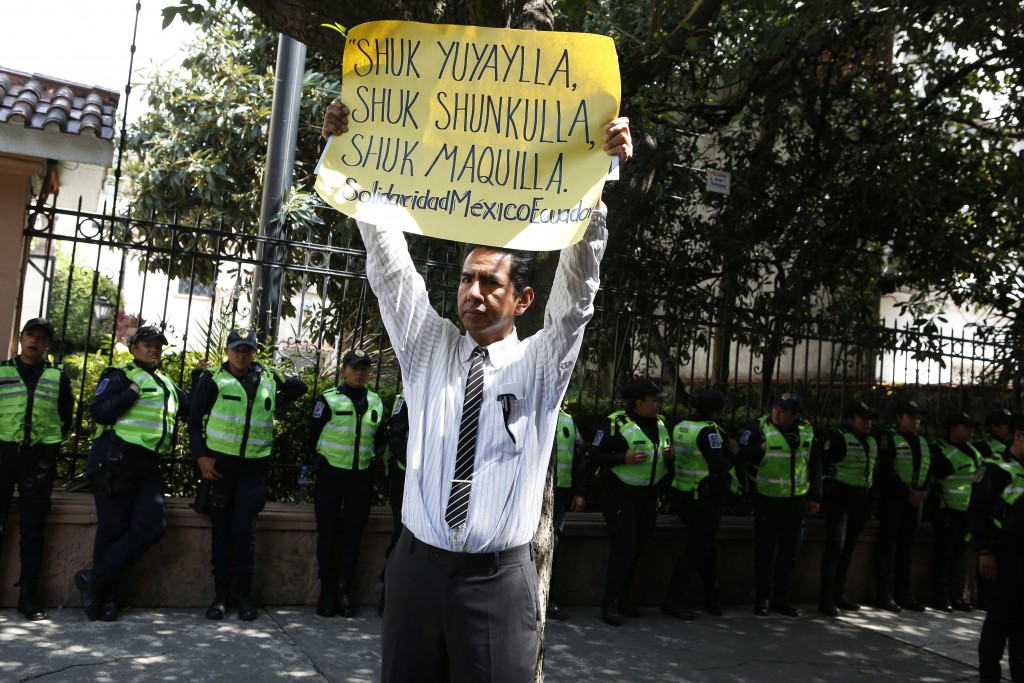 QUITO, Ecuador (AP) — Hundreds more indigenous protesters poured into Ecuador's capital from the country's Amazon on Friday, increasing pressure on President Lenín Moreno over fuel price hikes and economic measures that have sparked more than a week of anti-government demonstrations.

Thousands of indigenous protesters have occupied the government's House of Culture and nearby universities in Quito, sometimes joined by union members and students, in protests that forced Moreno to move government operations from the capital to the port of Guayaquil.

Ecuador's president has said he will not back down on the austerity measures due to the urgent need to stabilize the country's economy and deal with a debt he says he inherited from the previous administration.

On arriving at the House of Culture, Amazonian indigenous leader Marlon Vargas said "we have taken over the (state) institutions as well as oil wells and have said there will be nothing for Guayaquil or Quito "

Protests and occupations of wells have forced state oil company Petroecuador to declare "force majeure" - or forces beyond its control - in its crude exports.

A three-day national holiday in Ecuador began on Friday and there was a reduced number of passengers at bus terminals in Guayaquil, Quito and other cities, with bus companies warning of possible road blockages by protesters.

On Thursday, anti-government protesters forced captive police officers to carry a coffin containing the body of an indigenous activist during a memorial service. The man is said to have been killed during the clashes.

Earlier, one of eight captive officers was forced to drape a national flag on his shoulders and wear a hat used by some indigenous people. The lone female officer in the group was seen wiping away tears. The officers appeared to be unharmed, and were released late Thursday.

"The future is very dark," said economic analyst Fernando Martin. "I hope both sides realize that what they're doing is hurting themselves and the country. This isn't good for Ecuador."

Big jumps in the costs of gasoline and diesel after Moreno ended subsidies last week set off the upheaval, but other complaints have come out amid the protests, looting, vandalism, clashes with security forces, the blocking of highways and disruptions of Ecuador's vital oil industry.

Moreno does not appear to be in immediate danger of being ousted, but his political stature is badly shaken. While he has maintained support of the military and other state institutions, his decision to move government operations from Quito Guayaquil after the turmoil erupted highlighted an image of an administration under siege.

Crucially, Moreno has received statements of support from the Organization of American States and individual Latin American countries that emphasize he took office as Ecuador's constitutionally elected president in 2017.

Still, the government seems to have been taken aback by the ferocity of the unrest, a miscalculation that undermined its credibility among indigenous groups and others who have long felt marginalized in this nation of 17 million people.

An indigenous leader and four other people have died in Ecuador's violence since last week, according to the public defender's office, which monitors human rights. It identified the leader as Inocencio Tucumbi of the Cotopaxi region.

Ecuador's cuts in fuel subsidies were among measures announced amid a $4.2 billion credit plan with the International Monetary Fund, which says the funds will strengthen the economy and generate jobs.