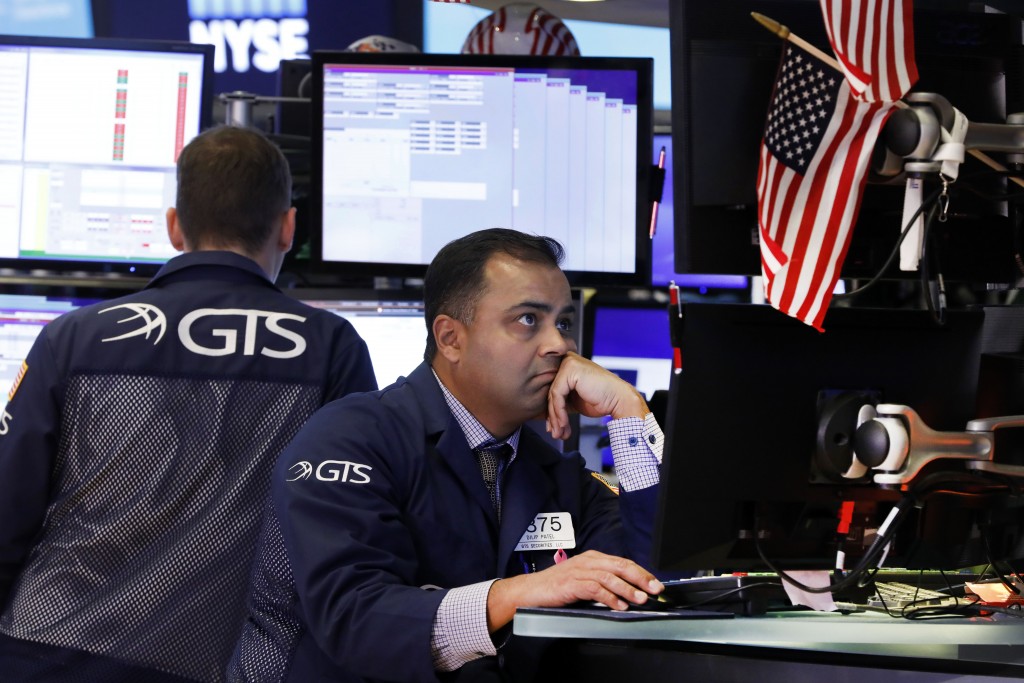 NEW YORK (AP) — Stocks rallied in early trading Friday, erasing their losses for the week, as investors hope for a breakthrough in the U.S.-China trade war.

President Donald Trump gave an upbeat assessment late Thursday of how the talks were going and is set to meet with China's lead negotiator later Friday.

Technology stocks led the way higher. The sector has been closely tracking swings in trade war sentiment because many of those companies rely heavily on China for sales. Chipmakers were among the standouts. Intel rose 2.2% and Nvidia gained 2.6%.

Investors dumped bonds as they moved money out of low-risk assets. That sent yields sharply higher. The yield on the 10-year Treasury, a benchmark for mortgages and many other kinds of loans, jumped to 1.75% from 1.65% late Thursday, a big move.

OVERSEAS: European and Asian markets rose. The European Union said Friday that negotiations with the U.K. to find an amicable divorce deal were back on track. Britain is set to leave the 19-member trading bloc on Oct. 31, but does not yet have a deal in place to regulate trade and other issues.

The explosion follows other attacks earlier this year on tankers in the Persian Gulf, through which about 20% of all oil traded worldwide passes.

TRADE: Investors will keep a close watch for any news coming out of Trump's meeting with Chinese Vice Premier Liu He. Any breakthrough on trade would mark a sharp turnaround from expectations earlier this week when the U.S. blacklisted a group of Chinese technology companies over alleged human rights violations. China has since signaled that it is open to making even a partial deal.

The Trump administration has already raised tariffs on more than $360 billion worth of Chinese imports, but the stakes have grown. The next round of tariffs, which would impact virtually everything China ships to the U.S., is scheduled to start going into effect next Tuesday.