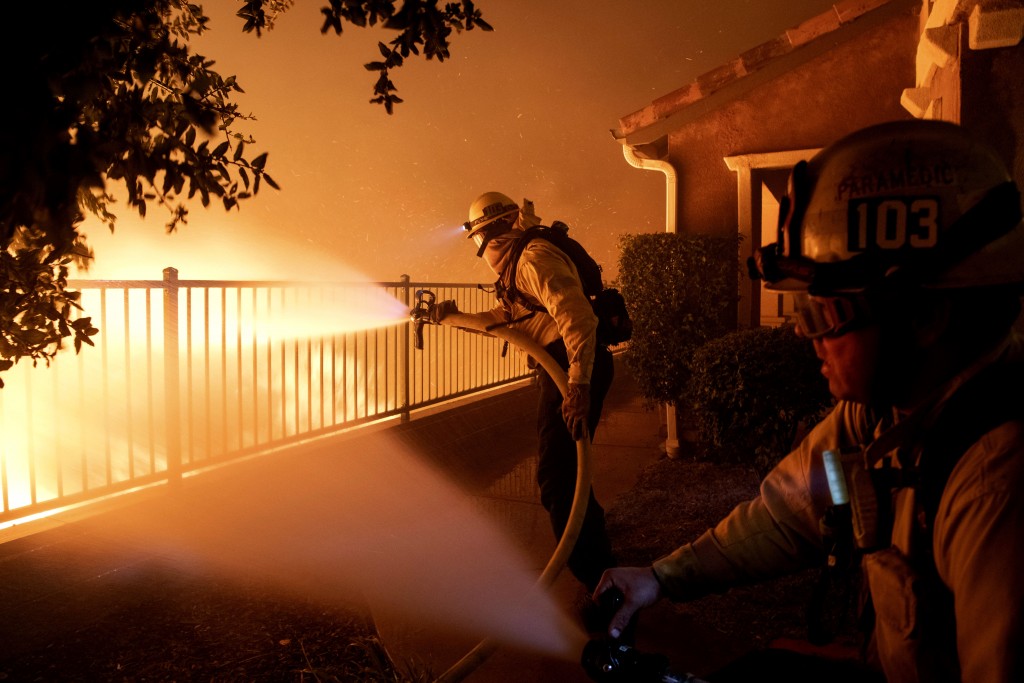 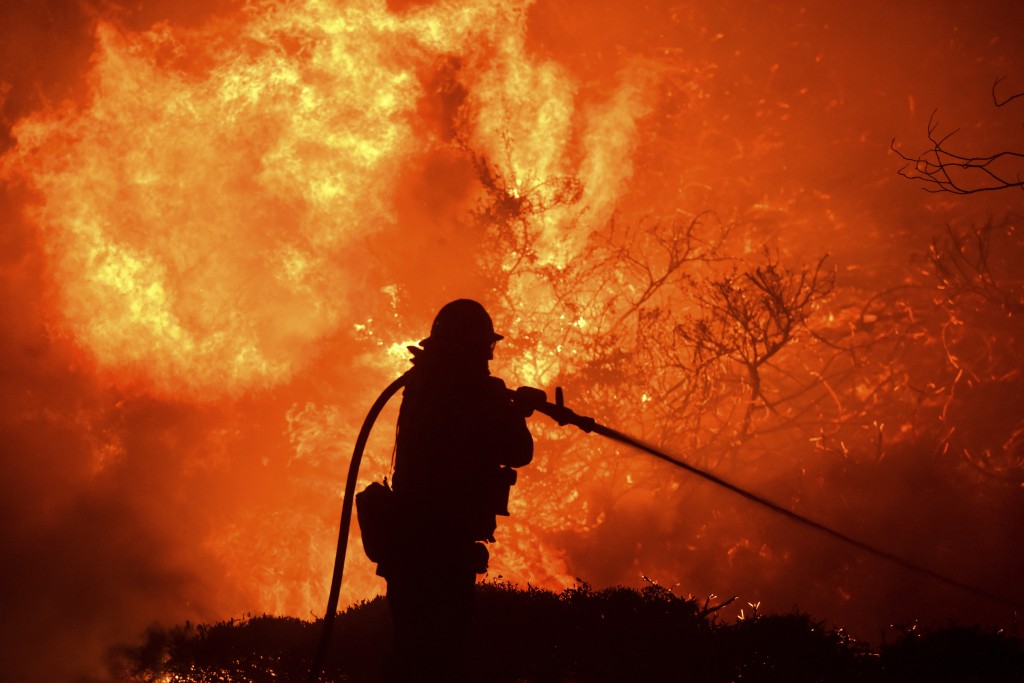 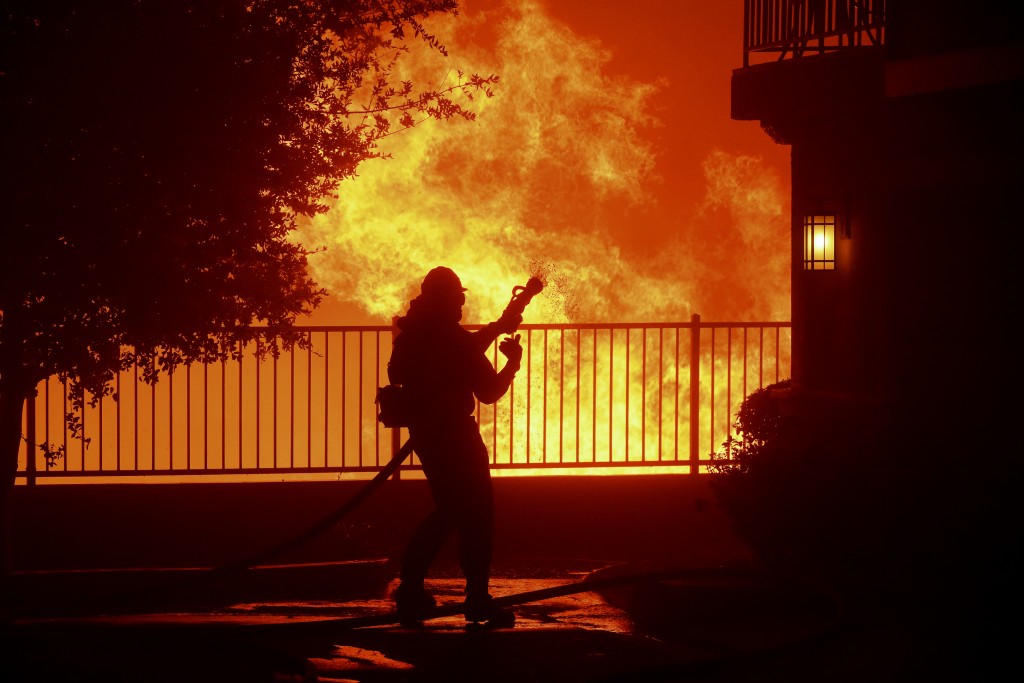 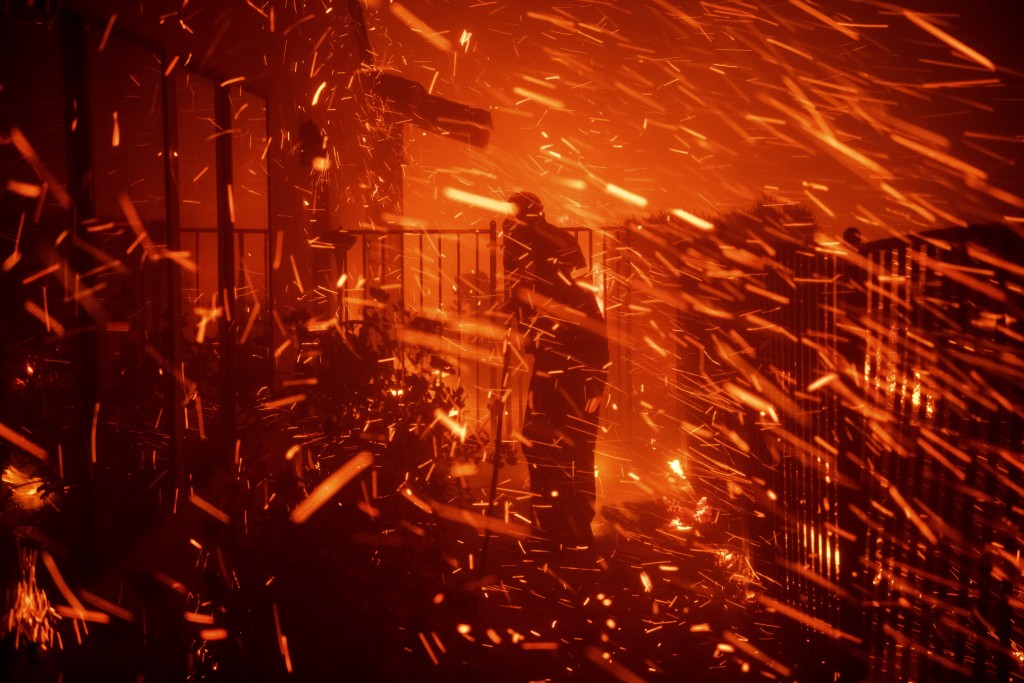 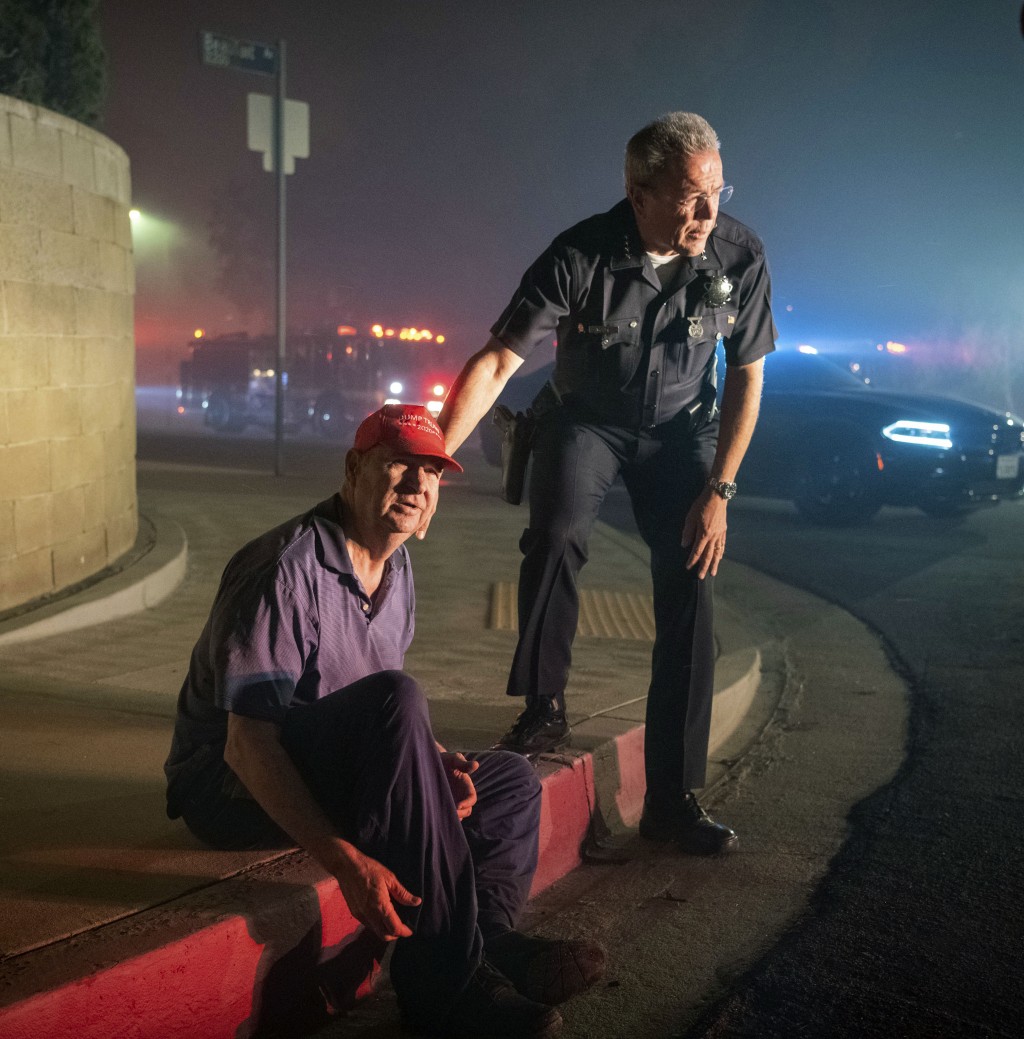 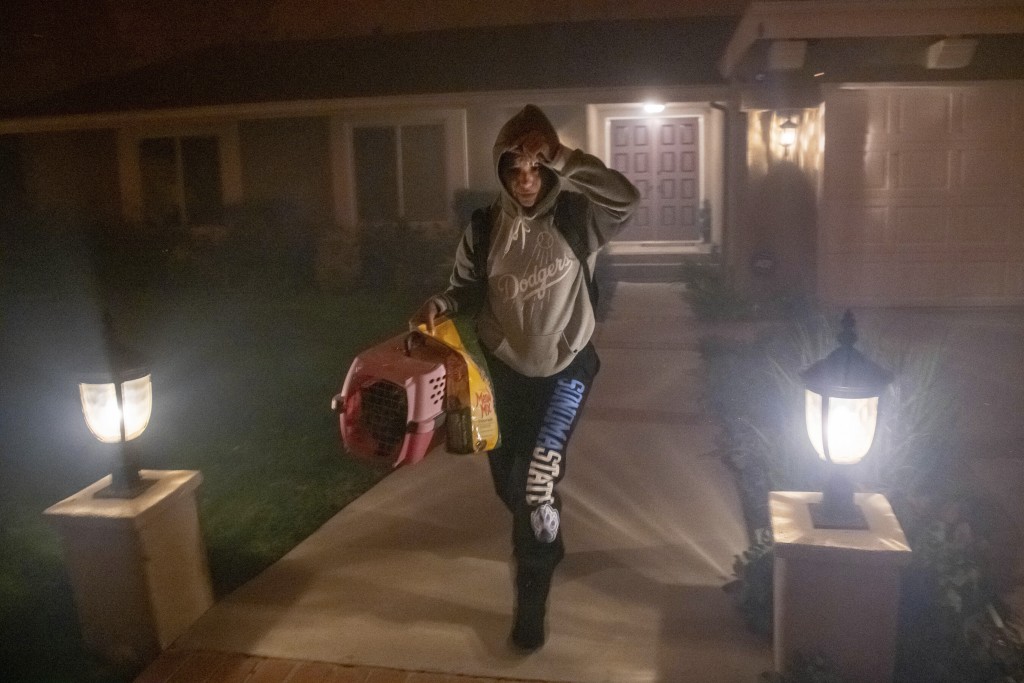 LOS ANGELES (AP) — A wildfire raged out of control along the northern edge of Los Angeles early Friday, forcing thousands of people from their homes as firefighters battled flames from the air and on the ground.

The Los Angeles Fire Department said the fire had grown to more than 6 square miles (15.5 square kilometers) before dawn and an estimated 12,700 homes were under evacuation orders.

Helicopters made repeated water drops as crews on the ground attacked flames in and around homes.

The Fire Department said homes were destroyed but did not have an estimate.

Evacuations were also still in effect in the inland region east of Los Angeles where a fire erupted Thursday and raged through a mobile home park in the Calimesa area of Riverside County.

Seventy-four buildings were destroyed, others were damaged and Riverside County authorities were trying to determine if anyone was missing.

One person who couldn't be immediately located was Don Turner's 89-year-old mother.

Lois Arvickson called her son from her cellphone to say she was evacuating shortly after the blaze was reported in the small city of Calimesa, Turner said while with family members at an evacuation center.

Arvickson's neighbors saw in her garage as flames approached, according to Turner. A short time later the neighbors saw the garage on fire, but they don't know if she'd managed to escape, he said.

Fire danger is high throughout Southern California after the typically dry summer and early fall, and the notorious Santa Ana winds — linked to the spread of many wildfires — bring a dangerous mix of witheringly low humidity levels and powerful gusts.

The Calimesa fire erupted when the driver of a commercial trash truck dumped a smoldering load to prevent the vehicle from catching fire.

Dry grass quickly ignited and winds gusting to 50 mph (80 kph) blew the fire into the Villa Calimesa Mobile Home Park about 75 miles (120 kilometers) east of downtown Los Angeles. The park has 110 home sites and was built in 1958, according to its website. TV helicopter video showed vehicles and structures that were total losses.

About 160 students sheltered in place as smoke enveloped nearby Mesa View Middle School before buses arrived and evacuated them to another school outside the fire zone.

Fire officials were investigating what caused the trash in the truck to catch fire in Calimesa.

Linda Klosek, 70, and her daughter Stacey Holloway, 43, had gone grocery shopping and were on their way back home to Villa Calimesa when they saw their neighbors evacuating.

"You couldn't even see anything, the smoke was so thick," said Linda.

From the evacuation center they watched on TV as flames destroyed their home.

"When you're watching it, it's like someone else's home," Stacey said. They returned $60 worth of groceries to the store because now "there's no place to put it."