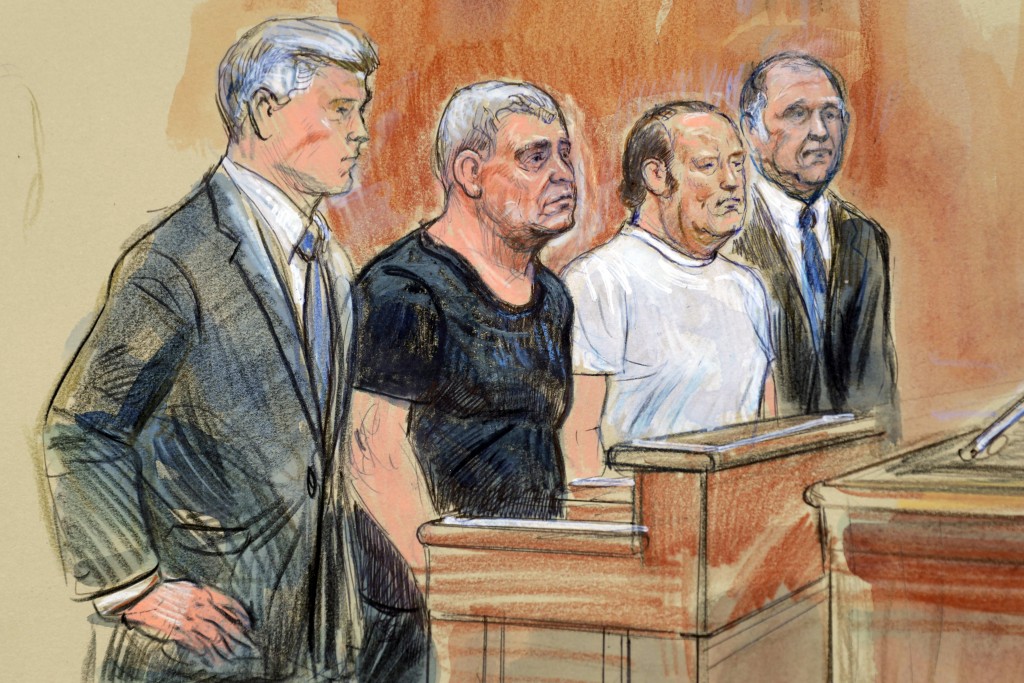 WASHINGTON (AP) — Businessmen with ties to Rudy Giuliani lobbied a U.S. congressman in 2018 for help ousting the American ambassador to Ukraine around the same time they committed to raising money for the lawmaker.

An indictment unsealed Thursday identified the lawmaker only as "Congressman 1." But the donations described in the indictment match campaign finance reports for former Rep. Pete Sessions, a Texas Republican who lost his re-election bid in November 2018.

Sessions, who has been weighing a comeback, is not accused of any wrongdoing and denied Thursday that he was aware of what federal prosecutors allege was a coordinated effort to remove Ambassador Marie Yovanovitch. Still, he now finds himself entangled in the impeachment investigation centered on President Donald Trump's dealings with Ukraine as well as Giuliani's relationships in the former Soviet republic.

The indictment was made public Thursday following the arrest of two Florida businessmen with ties to Giuliani. It alleges that Lev Parnas and Igor Fruman leveraged a flurry of GOP political donations in a campaign to force Yovanovitch's removal, an effort prosecutors say was aided by laundered foreign money.

Parnas and Fruman's outsized political giving allowed the two relatively unknown entrepreneurs to quickly win access to the highest levels of the Republican Party — including face-to-face meetings with Trump at the White House and Mar-a-Lago.

On May 9, 2018, Parnas posted a photo of himself and his business partner David Correia with Sessions in his Capitol Hill office, with the caption "Hard at work !!"

Correia, and another man, a Ukrainian-born U.S. citizen named Andrew Kukushkin, are also charged in the case.

Later that same day, Sessions sent a letter to U.S. Secretary of State Mike Pompeo seeking Yovanovitch's dismissal because he had "notice of concrete evidence" that she had "spoken privately and repeatedly about her disdain for the current Administration."

Sessions said Thursday that he will vigorously defend himself against any allegations of wrongdoing.

"I was first approached by these individuals for a meeting about the strategic need for Ukraine to become energy independent," Sessions said, according to a written statement. "There was no request in that meeting and I took no action."

Sessions added that "several congressional colleagues" were the source of the allegations in his letter claiming that Yovanovitch had disparaged Trump, not Parnas and Fruman. He also sought to distance himself Giuliani, who he described as a friend of more than 30 years.

"I do not know what his business or legal activities in Ukraine have been," the ex-congressman said of the president's personal lawyer.

Though Parnas posted a May 2018 photo of himself with a smiling Trump during a private dinner at the White House also attended by Fruman, the president denied having any idea who the two arrested men are.

A week after Parnas and Fruman visited Sessions in Washington, a company controlled by the pair, Global Energy Producers, gave $325,000 to a political action committee supporting President Donald Trump's re-election bid, according to the committee's financial disclosure reports.

The pair obtained the money for the contribution through a private loan and then funneled it through a complex series of wire transfers through multiple bank accounts. Prosecutors alleged the transactions were intended to illegally conceal the true source of the funds.

Tax documents filed by a nonprofit wing of America First Action in November 2018 show a handful of Trump allies held key positions at the group, including Texas GOP fundraiser Roy Bailey, a longtime Sessions political supporter who was the finance co-chairman of Trump's inaugural committee. Bailey, a lobbyist, is also a longtime business partner of Giuliani's.

Also serving in leadership roles at the Trump-aligned PAC were Tommy Hicks Jr., a Dallas investor and the current Republican National Committee co-chairman, as well as Nick Ayers, the former chief of staff to Vice President Mike Pence.

Four days after the $325,000 donation, Parnas posted a photo of himself and Fruman at an intimate "Power Breakfast!!!" with Hicks and Donald Trump Jr., the president's eldest son, at the Beverly Hills Polo Lounge.

Columbia University Law professor Richard Briffault told the AP that loopholes in U.S. law make it harder to detect foreign actors trying to influence the U.S. political system by funneling money through shell companies to super PACS. In this case, the money trail was revealed through a lawsuit against Parnas that forced the release of transfers and banking records earlier this year.

"What makes this so dramatic is who these people are, their connection to Giuliani," said Briffault, who studies campaign finance. "I think it's a bombshell because of its connection to Ukraine and Trump."

AP reported on Sunday that Parnas told associates at two meetings in March that Trump planned to oust Yovanovitch, a career diplomat with a reputation for fighting corruption, with someone more amenable to their business plans, according to four people, three of whom spoke to the AP on condition of anonymity over concerns of retaliation. At the time, Parnas and Fruman were pursuing a potentially lucrative deal to sell shiploads of liquefied natural gas from the United States to Naftogaz, Ukraine's state-owned gas giant.

In what appeared to be a coordinated media campaign early this year, conservative outlets blitzed Yovanovitch with stories claiming she had protected Joe Biden and his son Hunter Biden from Ukrainian prosecutors.

Copies of some of these stories were later sent to the State Department stuffed in a manila envelope. Giuliani told The New York Times last week that the documents, which were recently provided to Congress by the State Department's inspector general, were produced by a "professional investigator who works for my company."

Yovanovitch was recalled to Washington in May, months before she had been scheduled to leave her post in Kyiv.