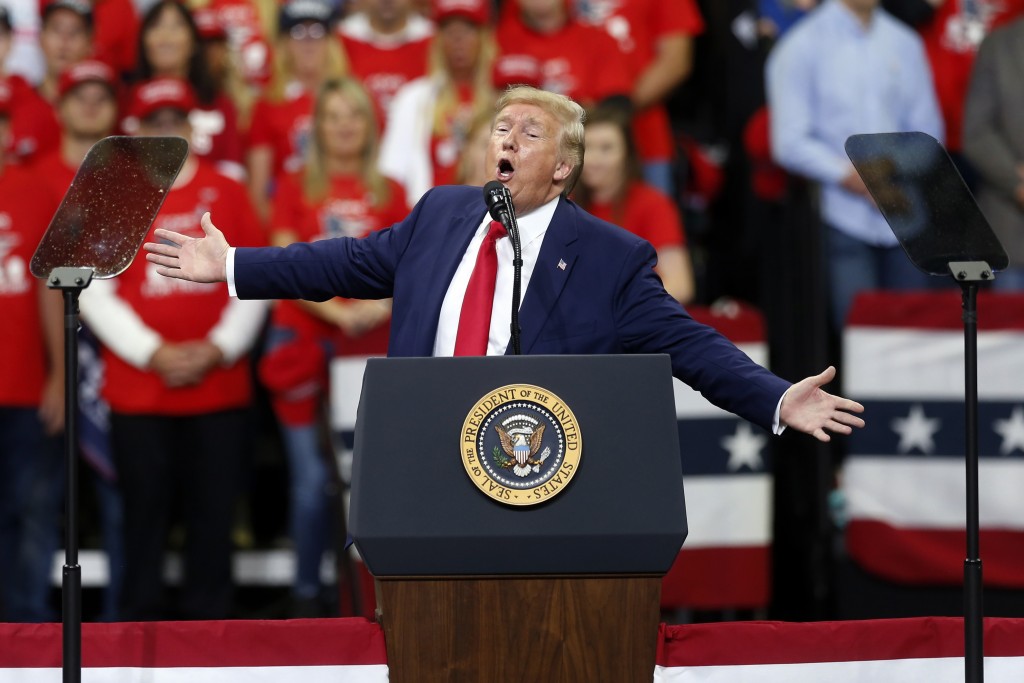 KABUL, Afghanistan (AP) — A Taliban spokesman is apparently carefully following President Donald Trump's comments even though the U.S. leader declared last month that the talks between an American peace envoy and the insurgents were "dead."

Suhail Shaheen, the spokesman of the Taliban political office in Qatar, tweeted about Trump's speech at a rally in Minneapolis, just a few hours after the event, welcoming the U.S. president's call to bring American troops home from Afghanistan.

Shaheen said early on Friday that "Trump once again promised to withdraw forces from Afghanistan" and added that this "means that ending the occupation of Afghanistan is the American people's choice. "

Trump told Thursday's rally that American soldiers have been in Afghanistan almost 19 years and that "it's time to bring them home."

He got a standing ovation.