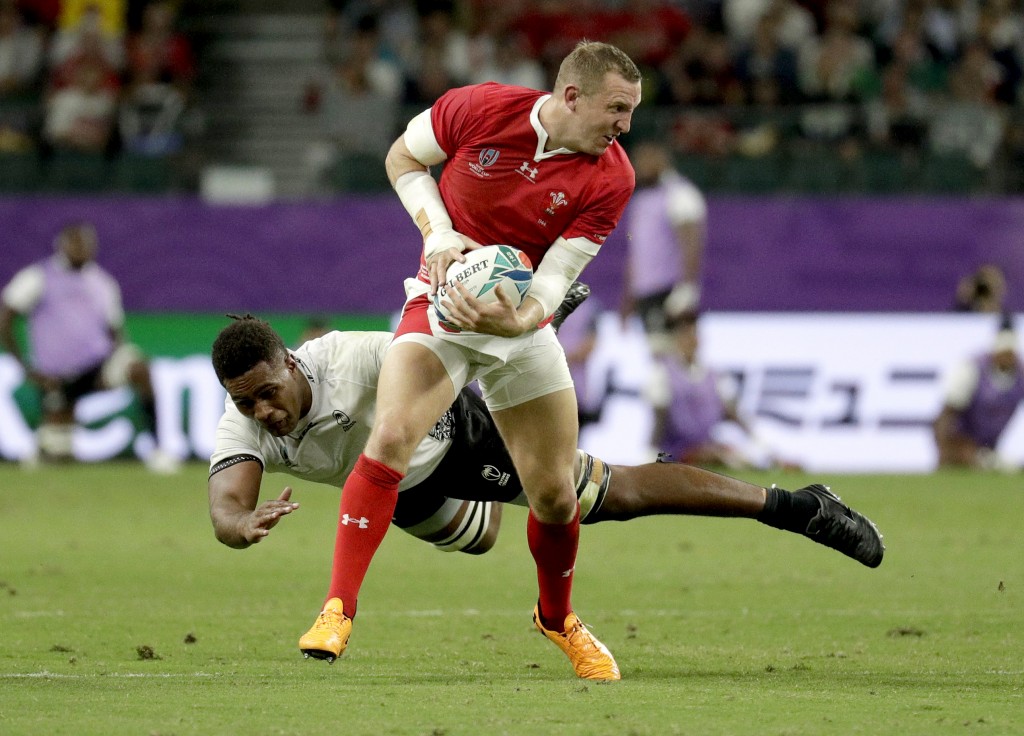 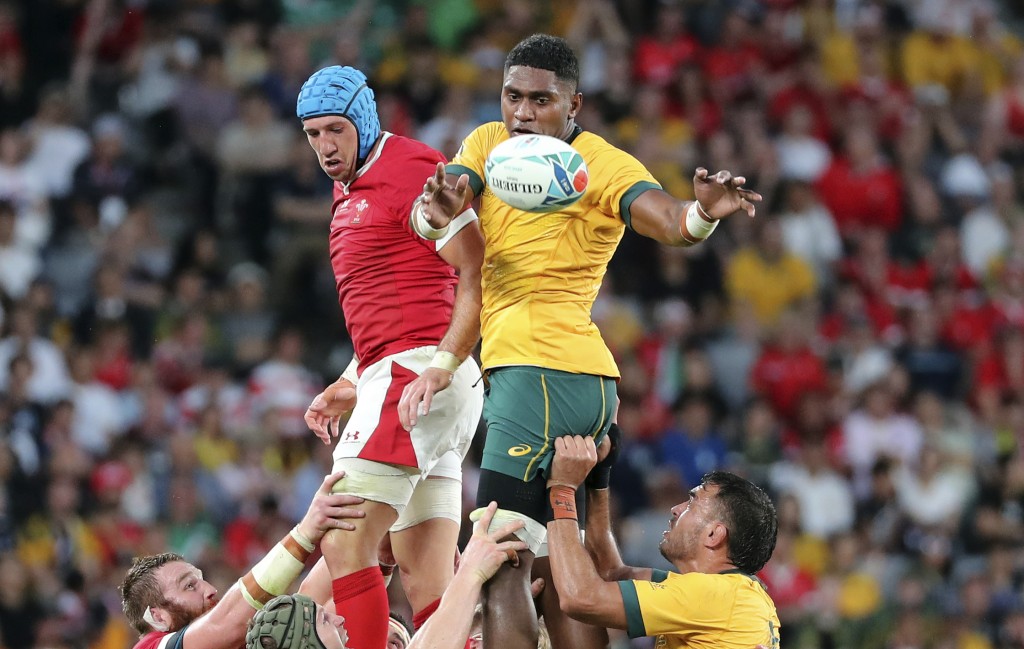 The ideal for Wales is to have Uruguay just about beaten by halftime on Sunday so it can withdraw sore players and see how some experiments work out.

But how often do Welsh dreams come true in Rugby World Cups?

With his main backs banged up after barely getting past Fiji on Wednesday in Oita, coach Warren Gatland was limited to changing 13 of the starting 15 for their Pool D closer in Kumamoto.

Having already qualified for the quarterfinals, Gatland admitted he didn't want to play center Hadleigh Parkes, who is carrying a fractured right hand, and wing Josh Adams. Both are starting their fourth straight pool games, and he wants to rest them as soon as possible.

It all depends on a XV in which 11 players are making their first starts in this tournament. Five of them are even making their first appearance. All that depth-building for the last four years will be tested by Uruguay, and Gatland has urged his players to make his life and theirs easier by winning comfortably to complete a sweep of the pool.

"We've got to make sure we do a job early on against Uruguay," he said. "It's challenging with such a short turnaround but that's what World Cups are all about.

"We've spoken about creating as much strength in depth in the squad as we could over the last three or four years. The squad is in a good place mentally. There are a group of players that are excited about the chance to go out and, for a lot of them, get their first game at a World Cup."

He's given them the carrot of a shot at the quarterfinals, too, though it's hard to see the players who tore apart Georgia 43-14, held off Australia 29-25, and overcame Fiji 29-17 pushed out of a quarterfinal squad.

"The door is not shut," Gatland promised. "There are opportunities for players to go out there and impress and stake a claim for a quarterfinal spot. It's not just an idle comment. If someone does go out and performs outstandingly we will look at them for the following week."

Flyhalf Dan Biggar, who took a head knock in a mid-air collision then slammed his head on the ground against Fiji, was "symptom free" Gatland said, and still undergoing the head injury assessment. Center Jonathan Davies had an injured knee, and wing George North a damaged ankle.

The only backs in the reserves were scrumhalves Tomos Williams and Gareth Davies, who finished against Fiji on the wing.

Gatland wouldn't say who was the flyhalf backup.

The coach said he's prepared to play guys out of position, noting reserve flanker James Davies can play on the wing, and so can Tipuric.

But they need first to have Uruguay far in their rearview mirror.