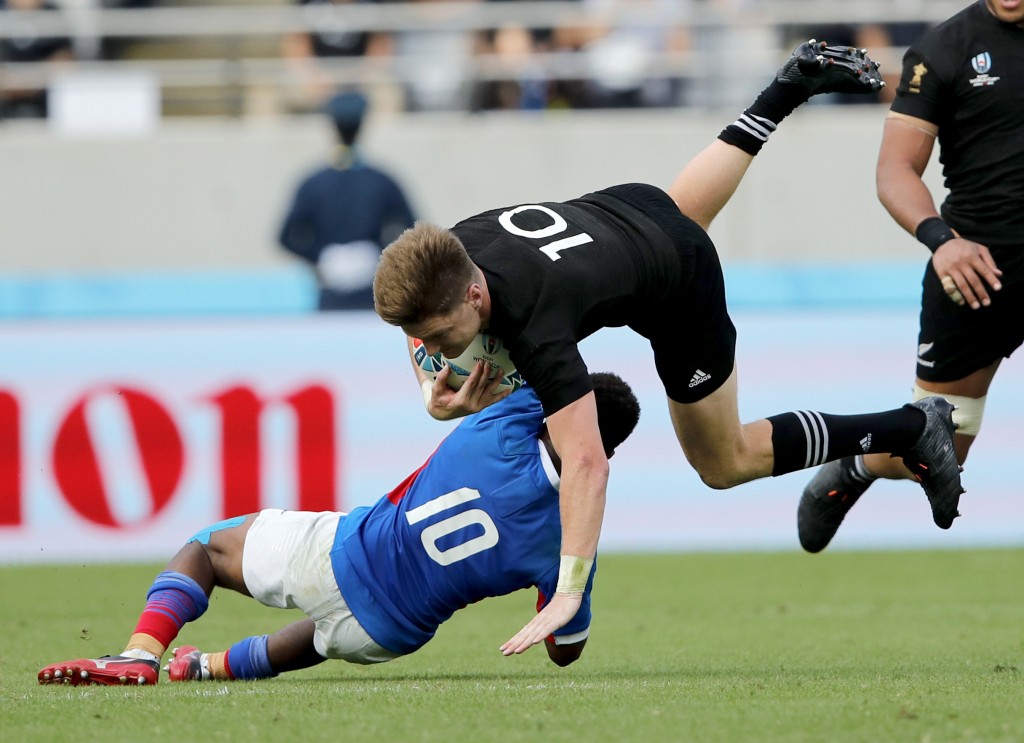 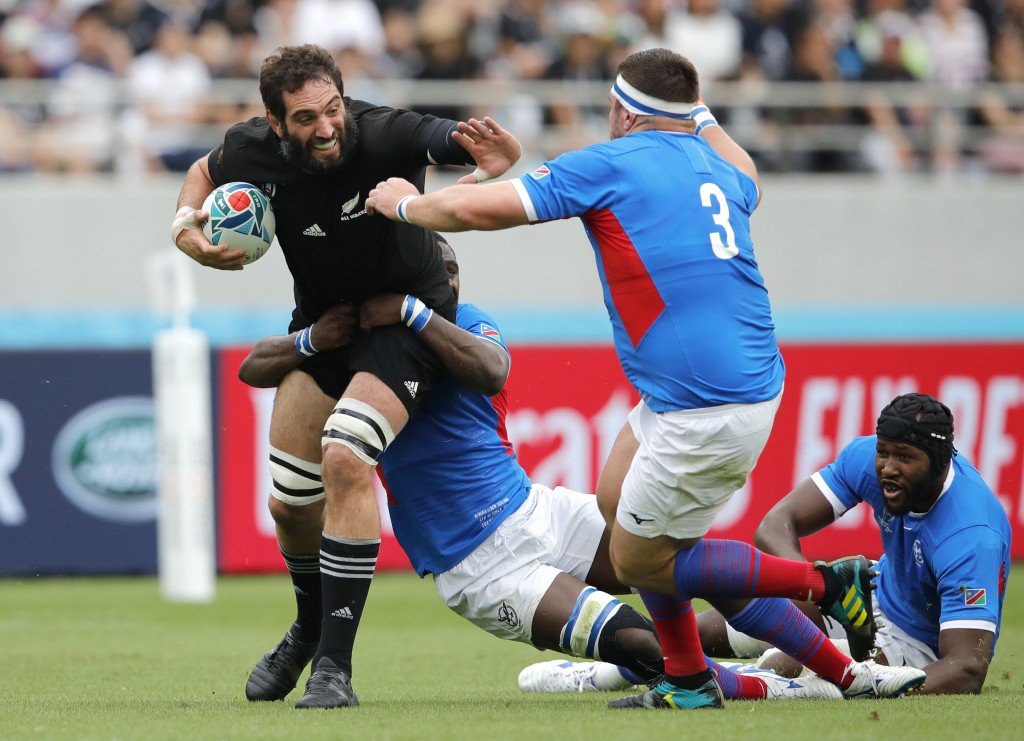 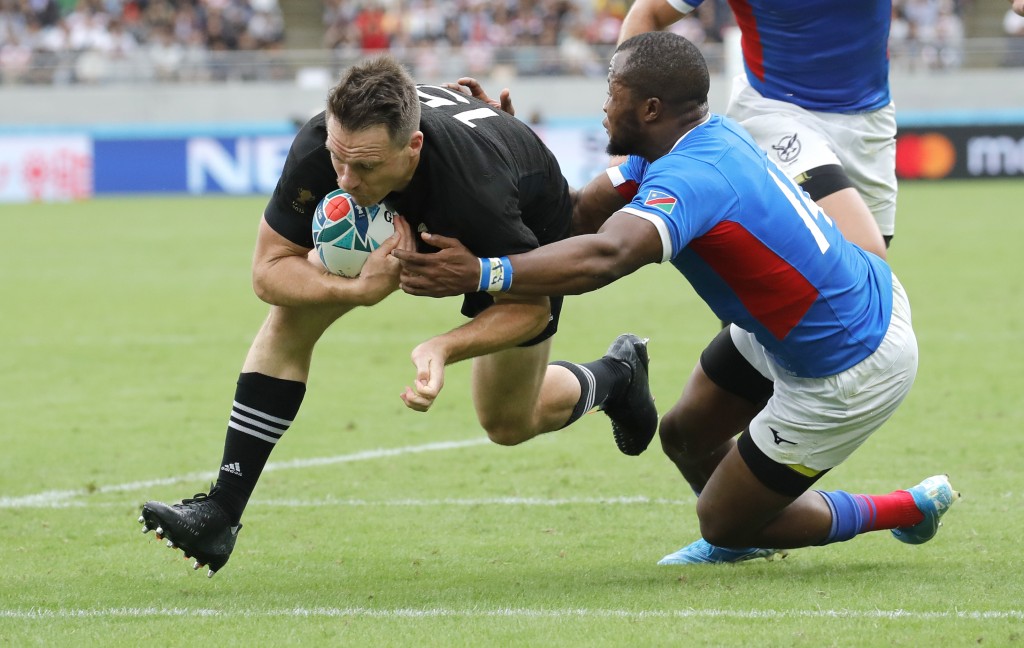 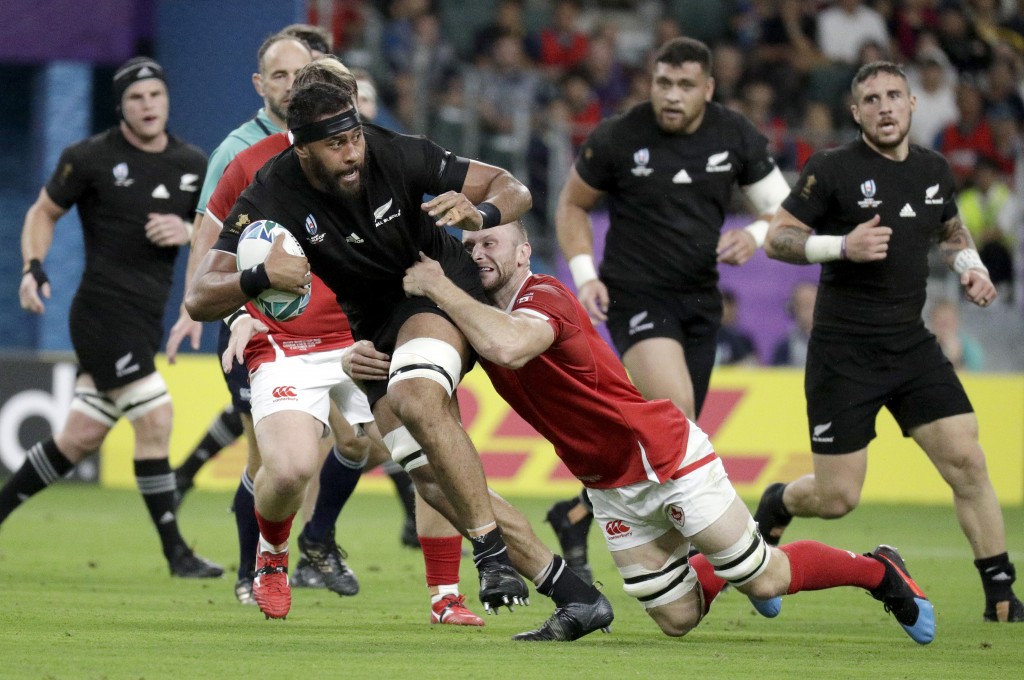 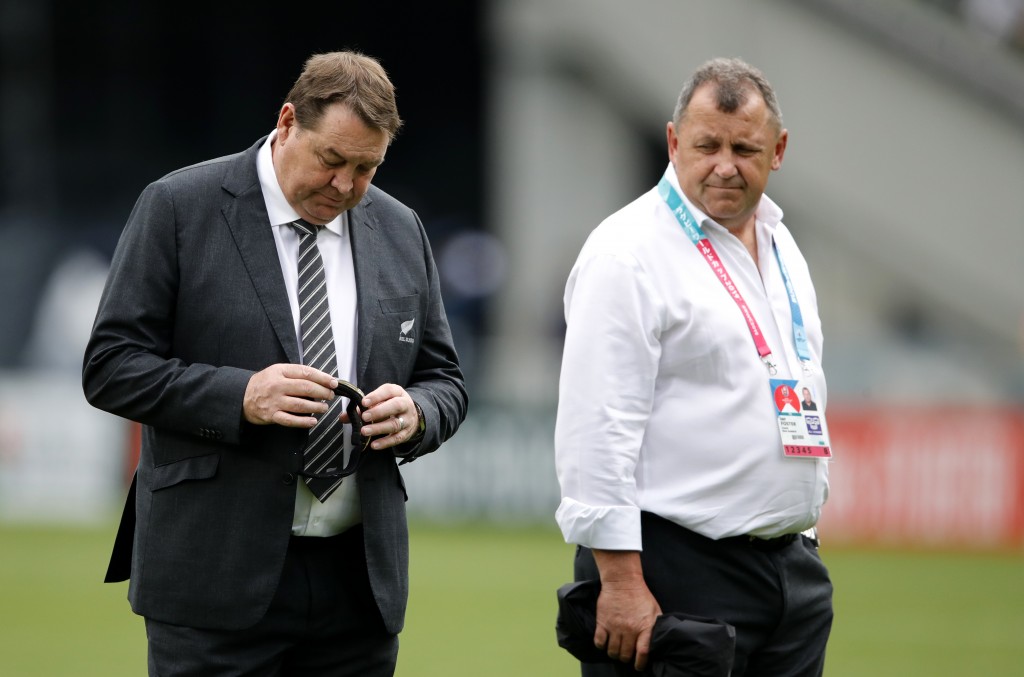 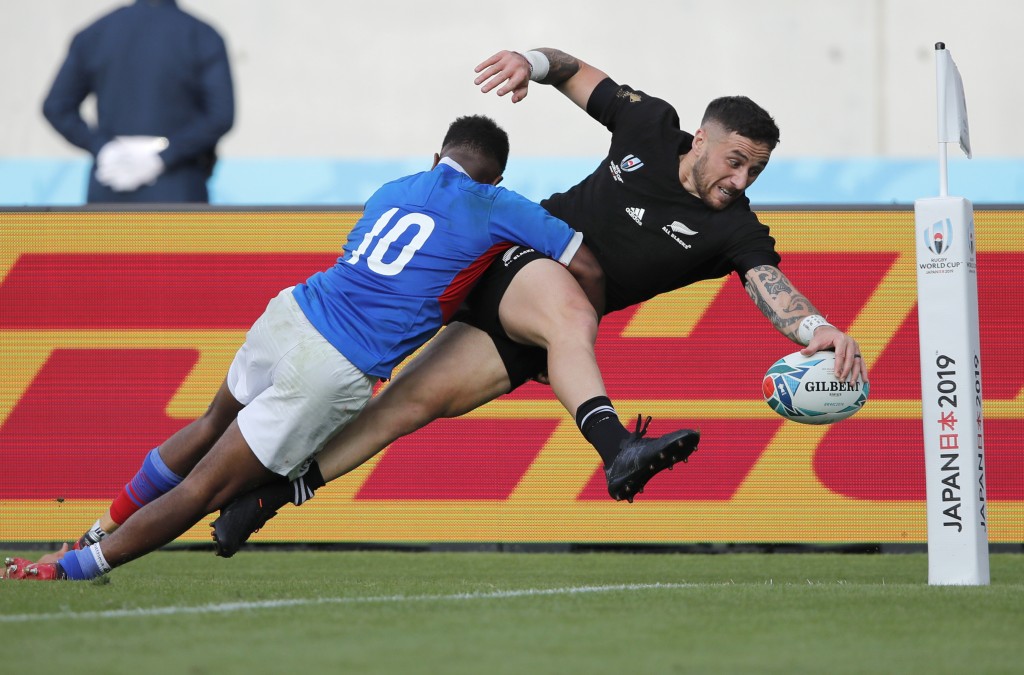 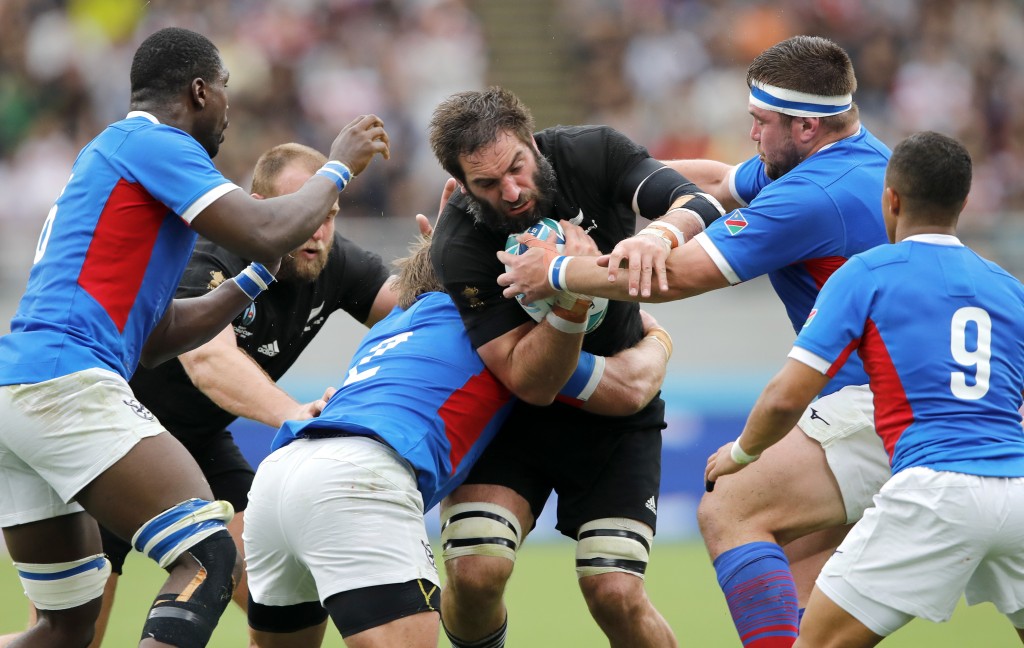 With the Italy game canceled because of Typhoon Hagibis, the All Blacks are going to have a crack at each other instead.

Maybe to save from getting a wee bit bored.

The players will have a full-contact practice match, utility back Ben Smith said on Friday, to stay sharp after losing the chance to do that against Italy in Toyota on Saturday.

Smith said it's pretty memorable when the All Blacks go at each other in a training game.

"They're pretty full on to be fair and I remember before the last World Cup, we had a game in Auckland like that," Smith said. "They got a referee in for that game.

"When you've got Dane Coles and the likes of Brodie Retallick and those kind of players, there's always going to be a bit of niggle. But that's always good."

New Zealand has had a couple of long breaks at this Rugby World Cup.

The defending champions banked some hard practice during a 10-day gap between their first two pool games in Japan. Because of the Italy cancellation, they'll have had 12 days off completely before the quarterfinals.

Rest is good, especially at a busy World Cup, but there are signs the All Blacks are possibly getting a little restless.

"If you're given what you ideally want, we'd have loved to have played," lock Sam Whitelock said.

There's an argument that too much rest can hurt a team as players get out of practice. Hence the big game at training.

But Whitelock said there's nothing to fear. The All Blacks sometimes have two weeks off between tests in the Championship.

"So, we should hopefully be in a good space for the quarterfinals," Whitelock said.

Not in a good space are Italy and captain Sergio Parisse.

They're going home after being denied the chance to keep their World Cup going. Italy needed to beat the All Blacks for the first time ever and deny them a bonus point to reach the quarterfinals.

Parisse, the 142-test veteran who's now set to retire, ripped into Rugby World Cup organizers over the cancellation and the lack of a backup plan to deal with Typhoon Hagibis.

He believed Italy was disrespected by World Rugby and local organizers. He said the match in Toyota on Saturday, when the typhoon should hit Japan, would not have been cancelled if the All Blacks needed the points to reach the quarters.

The game was called off by organizers for safety reasons. It's the latest and biggest of around 20 typhoons to affect Japan this typhoon season.

"It is ridiculous that there was no Plan B, because it isn't news that typhoons hit Japan," Parisse said. "We had the chance to play in a big stadium, against a great team. The alternative is Plan B. When you organize a World Cup you should have one in place.

"Sure, if Italy and New Zealand decide they don't want to play then fine, but if New Zealand needed the points, it wouldn't have been cancelled."

Whitelock has never been in a typhoon and said "you've got to listen to the people who know and take their advice." But he also understood where Parisse was coming from.

"It's a bit of frustration coming out," he said.

Whitelock and some of the All Blacks have dealt with cancelled games before, when Crusaders Super Rugby home matches in Christchurch were called off in 2011 because of the deadly earthquake, and last March after the deadly Mosque shootings in that city.

"In both instances you understand why," Whitelock said.

"Rugby's just a small thing. We tend to get carried away with it a little bit, we're so passionate about rugby, and we always want to go out and play, but sometimes the right thing is not playing. There would be nothing worse than if we did play and people were getting hurt."